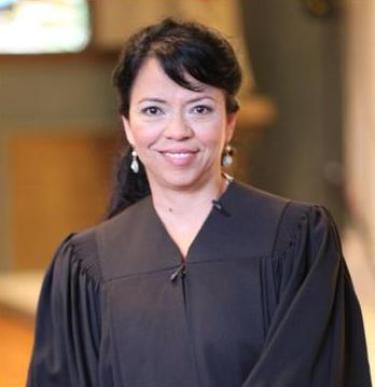 Judge Terry Fox sits on the Colorado Court of Appeals, where she has served since January of 2011 and is now the most senior female judge on that court. In 2017, the Denver Bar Association awarded Judge Fox its Judicial Excellence Award. In 2018, she received the National Association of Women Judges (NAWJ) (Region IX) Lady Justice Award and the Colorado Women’s Bar Association (CWBA) honored her as the 2019 Outstanding Judicial Officer. Judge Fox has served as the Colorado Director and as District Director for the NAWJ and is now a NAWJ member. In collaboration with the Center for Legal Inclusiveness, she is a member of the Judicial Dream Team’s efforts to diversify the bench. She is a member of the Executive Committee of Our Courts Colorado and contributes to the Colorado Judicial Conference Planning Committee, the Supreme Court’s Advisory Committee on Language Access, and the Supreme Court’s Character and Fitness Committee.

Her community service includes membership and board service in the Colorado Hispanic Bar Association and the CWBA and mentoring young lawyers and aspiring jurists. She co-chaired the CWBA’s Judicial Committee for years. She previously served on Colorado Supreme Court’s Attorney Regulation Committee and the Board of Law Examiner’s Law Committee. In 2002 she was selected as a Marshall Memorial Fellow. Before her appointment to the Colorado Court of Appeals, from 2004-2010, Judge Fox served as an assistant U.S. Attorney in Colorado, working as trial counsel to federal agencies and specializing in environmental law, constitutional law, and other civil matters.

Before joining the U.S. Attorney’s Office, Judge Fox was an attorney with the Colorado Attorney General’s Office (in the Public Officials Unit and in the Litigation Section), an associate with the law firm of Holland & Hart (where she practiced Environmental Law), and a clerk for Justice Craig Enoch on the Texas Supreme Court. She earned a Chemical Engineering degree from the Colorado School of Mines in 1989. He later obtained a law degree (J.D.) in Houston, Texas and her Masters in Law (L.L.M.) degree from Duke School of Law. Judge Fox graduated from Brighton High School in Brighton, Colorado.