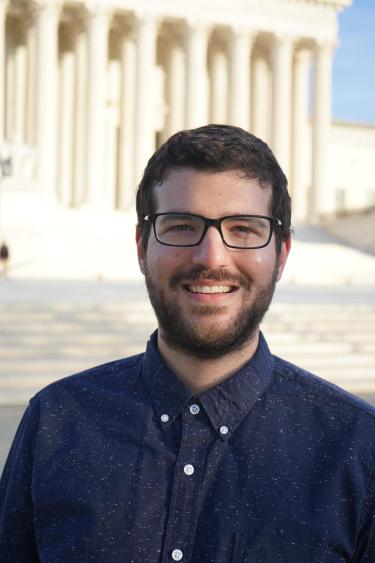 Mark Joseph Stern is a staff writer covering courts and the law for Slate Magazine. Based in Washington, D.C., he has covered the U.S. Supreme Court, federal appellate and district courts, and state and local courts since 2013.

Mark is the author of American Justice 2019: The Roberts Courts Arrives, published by the University of Pennsylvania Press. He has published articles in The Wall Street Journal, The Week, The American Prospect, and co-authored several law review articles.

When Slate writers chose to unionize in 2018, Mark served on the publication's organizing and bargaining committee. He and his husband have one rescue dog, Lucy, and three adopted parakeets: Limoncello, Lorenzo, and Bianca.