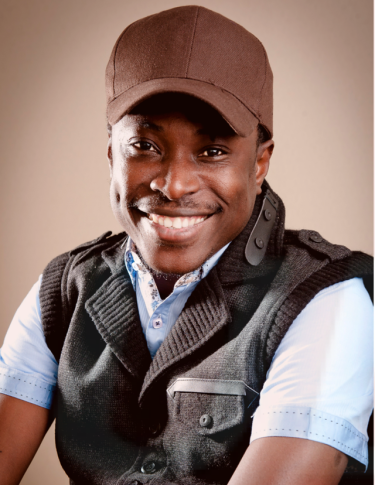 Jeta Amata is from a Nigerian family of veteran filmmakers and actors. “Though I have often worked in America, I am an African filmmaker who goes back home to shoot; to keep the African light burning. I have hired thousands of African people that were paid SAG scale."

2002 to present: See IMDb 22 projects in America and Nigeria The Guardian, UK, described Jeta Amata as “Nollywood’s Gift to Hollywood“ and CNN labeled Jeta as “Nigeria’s Crossover.” I have screened films and given lectures in universities around the world including at UCLA, Cornell, GWU, Johns Hopkins, and New York University. Awards: The Amazing Grace: first film on slavery written, directed and produced by a black man. Winner, “Best West African Film”, 2006, Screen Nations Award, UK, and first Nigerian film to be screened at Cannes Film Festival. Dangerous Desire: premier film on DSTV’s Africa Magic, 2004 The Alexa Affair: Berlin film festival, first film on DWTV, 2004 With Game Of Life: first Nigerian director to appear on BBC, 2003 Political Activism My political activism dates to when my grandfather inspired Bobby Rush when he visited Oakland and spoke to students as the President of Africa’s Student Union in the 1960’s.

Bobby Rush is an important mentor because of his role with the Black Panthers. Suzanne Jackson Lee, Barbara lee, Maxine Waters are personal friends who have supported my life’s work of improving the lives of the Nigerian citizens. After a screening of DAWN IN THE CREEKS, at the Library of Congress, I was invited as a peace ambassador to address the African Union on “Using film as a tool for conflict mediation.” Invited to speak twice by US Congress, I am also very active in environmental causes.

My epic “whistle blower” film, BLACK NOVEMBER, gave me a platform from which to bring awareness of the oil industry’s disastrous treatment of Nigerian land. This film led to my becoming a Goodwill Ambassador to Haiti and an offer by the Haitian president, Michael Martelly, to do a film about Toussaint Louvertere, considered the founder of the anti–slavery movement. I wrote the screenplay, and spent months in Haiti scouting locations, the film is not yet funded.