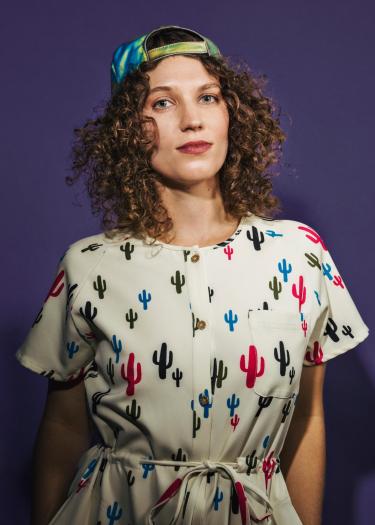 Emma Needell grew up on a solar-powered cattle ranch in rural Colorado. She didn’t have cable television, but thanks to her cinephile parents, she had a robust collection of films to watch growing up. Now, Emma Needell is a writer-director-producer who champions original storytelling.

Her talent caught the attention of Oprah Winfrey, who came on to produce her Blacklist script, ‘The Water Man,’ when Needell was 24 years old. The Water Man had its world premiere at the 2020 Toronto International Film Festival. Following its summer theatrical run, the film is now available on Netflix. Needell has since worked in Television in the writers room for Steven Spielberg’s AMAZING STORIES, and with Oscar-winning directors and producers like Ava DuVernay, and on original projects in partnership with Netflix, Anonymous Content, MGM/Orion, Amblin, Apple, and Gaumont TV.

Most recently, she was featured on the prestigious Forbes 30 Under 30 list, and is currently in post-production on a short film that uses virtual production.