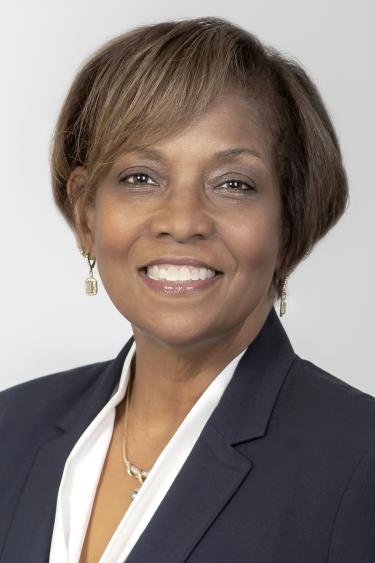 Debora Plunkett is a leader with more than 30 years of experience leading large, complex organizations. Culminating a career of U.S. federal service in 2016, she currently is Principal of Plunkett Associates LLC, a consulting business. She is a Senior Fellow at Harvard’s Belfer Center for Science and Technology and an Adjunct Professor of Cybersecurity in the University of Maryland’s Graduate School. She serves on the corporate boards of CACI International, Nationwide Insurance, BlueVoyant and Mercury Systems. She is a founding member and Chairman of the Board of Defending Digital Campaigns, a non-profit entity focused on providing free or low-cost cybersecurity services to federal election campaigns. Ms. Plunkett serves on the New York State Cybersecurity Advisory Board and on the Board of Visitors of Towson University.

As a federal senior executive, Ms. Plunkett served first as the Deputy Director and thereafter for over four years as the Director of the National Security Agency’s Information Assurance Directorate. As the leader of NSA’s cyber defense, cryptography and information systems security missions, she directed thousands of personnel across NSA’s worldwide presence and managed a multi-million-dollar budget. Her efforts enabled continuous innovation and development of strong security solutions and policies for the protection of the classified communications of the United States government, serving the needs of a wide range of consumers from the White House to the war fighter.

Ms. Plunkett also served as the first Senior Advisor to the Director of the National Security Agency (NSA) for Equality where she led efforts to develop and deliver solutions to improve equality, inclusion and diversity for the highly technical NSA workforce. Her efforts resulted in the identification and implementation of new strategies to address systemic issues. In one year, her breakthrough leadership resulted not only in new NSA policies and processes, but also extended to the broader Intelligence Community (IC) where the Director of National Intelligence (DNI) mandated two of her initiatives for the entire IC.

Ms. Plunkett has significant executive experience in working with industry and at the senior-most levels of the U.S. government. She served as Director on the National Security Council at the White House in the Administrations of Presidents William Clinton and George W. Bush where she contributed to the development of national cybersecurity policies and programs.

Among her many awards are the ranks of Meritorious Executive in the Senior Cryptologic Executive Service by President George W. Bush in 2007 and Distinguished Executive by President Barack Obama in 2012. In 2015 Debora was recognized with the Intelligence Community Equal Opportunity and Diversity Exemplary Leadership Award from the Director of National Intelligence and the Exceptional Civilian Service Award from the NSA Director.

A graduate of Towson University with a Bachelor of Science degree, Debora also earned an MBA from Johns Hopkins University, and a Master of Science in National Security Strategy from the National War College. She also completed the Harvard Law School program in Conflict Management and Negotiations, and the Leadership at the Peak program at the Center for Creative Leadership. She values remaining current on best practices in leadership.