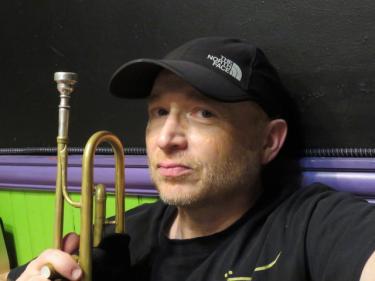 Called “the lyrical genius of the trumpet' by the Chicago Tribune, Brad Goode is a trumpeter, bassist, drummer who has recorded on more than 100 jazz albums. Originally from Chicago, he has performed worldwide as a soloist and as a member of groups led by Jazz legends Eddie Harris, Jack DeJohnette, Curtis Fuller, Ira Sullivan and others. Brad is recognized as a master teacher of trumpet technique, and makes frequent appearances as a soloist and clinician at universities and high schools. His 18 recordings as a leader can be heard on the Delmark, Sunlight, SteepleChase and Origin labels. His latest is “The Brad Goode Quintet Featuring Ernie Watts, That’s Right!” (2018)