Joe Cirincione is the president of the Ploughshares Fund, which works to eliminate nuclear weapons. Joe is considered an expert in the field of nuclear weapons and frequently discusses the imminent threat of nuclear weapons about which people are not talking enough about. The 70th year of the CWA will be his 10th year attending, and we are honored to have him return. 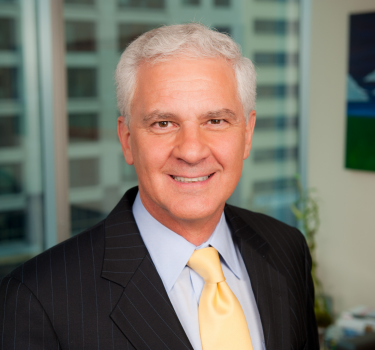 You have been a wonderful member of the CWA for several years. What motivated you to come back to the CWA this year?

I attend a lot of events on national security issues but CWA is a very special conference, perhaps unique in the world. You have an eclectic selection of panelists across multiple disciplines, an informed and committed audience — and both are cross-generational. Throw in one of the most beautiful locations in America and this is hard to pass up.

Was there a specific aspect of CWA that you enjoy and inspires you to return so often?

Many people say they come to CWA to refresh their thinking and inspire their work. That is certainly true of me. There is a freedom of discussion here that lets me explore new ways of describing and explaining complex issues. But, equally, I learn from panel discussions on science, literature, education and other fields that I would otherwise not attend.

Did you make any valuable connections that are long-standing with students, panelists, or community members? It is rumored that you and Rachel Maddow met for the first time at the CWA. Is that true?

I’ve made many friends here that are now part of my life. In particular, my housers, Jim Butterworth and Sallie Smith, are now friends that I see year-round. One of the great joys of the conference, for example, has been listening to the astronomy discussions, an amateur hobby of mine. I have been thrilled to meet experts I had only seen on shows or read in journals. For example, I have a nerd crush on Michelle Thaller. I could listen to her for hours. Without CWA, I would have never met her, let alone become friends. She and I had lunch in DC last year and I hope it’s not the last.

Rachel Maddow, of course, is in a class by herself. I knew her from her radio show on Air America. She’d interview me on nuclear issues. But I had never met her until she came to CWA. There’s a photo of us somewhere doing her show together live from the stage. And, yes, she mixed up some drinks for us at one of the parties later. She makes a mean cocktail. We’ve been friends ever since and I see her every so often in New York. She is kind enough to bring me on her show whenever something frightening happens on nuclear issues. She always says that she’s glad to see me, but I’m not sure that's true. We’re always discussing bad news.

Outside of the conference, is there anything you’re particularly excited about working on in 2018?

“Excited” might not be the right word, but I am focused on three nuclear threats: the possibilities of war with North Korea and Iran and the new nuclear arms race that has erupted among all the nuclear-armed nations. If we don’t prevent these wars and stop this arms race all the other issues we worry about will pale in comparison.

In two sentences or less, why do you think people are not talking enough about nuclear disarmament?

The threats are more serious than you think. Failing to stop them now could change our world forever.

Joe will be speaking at several panels about international nuclear disarmament and other topics throughout the week of the CWA (April 9-13) on the CU Boulder campus.