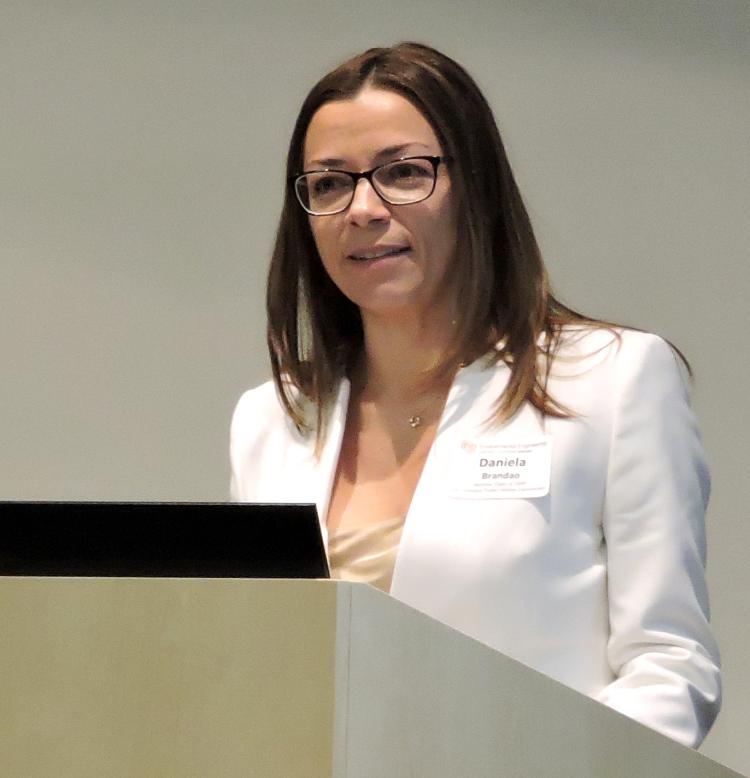 CU Boulder’s Environmental Engineering Program celebrated its 20th anniversary in October with an event that brought together faculty, students and alumni.

The evening’s keynote speaker was Daniela Brandao, the program’s first graduate, who works as a senior project manager for the San Francisco Public Utilities Commision. She spoke about what the program has meant for her and how her experiences at CU Boulder helped her succeed in her career.