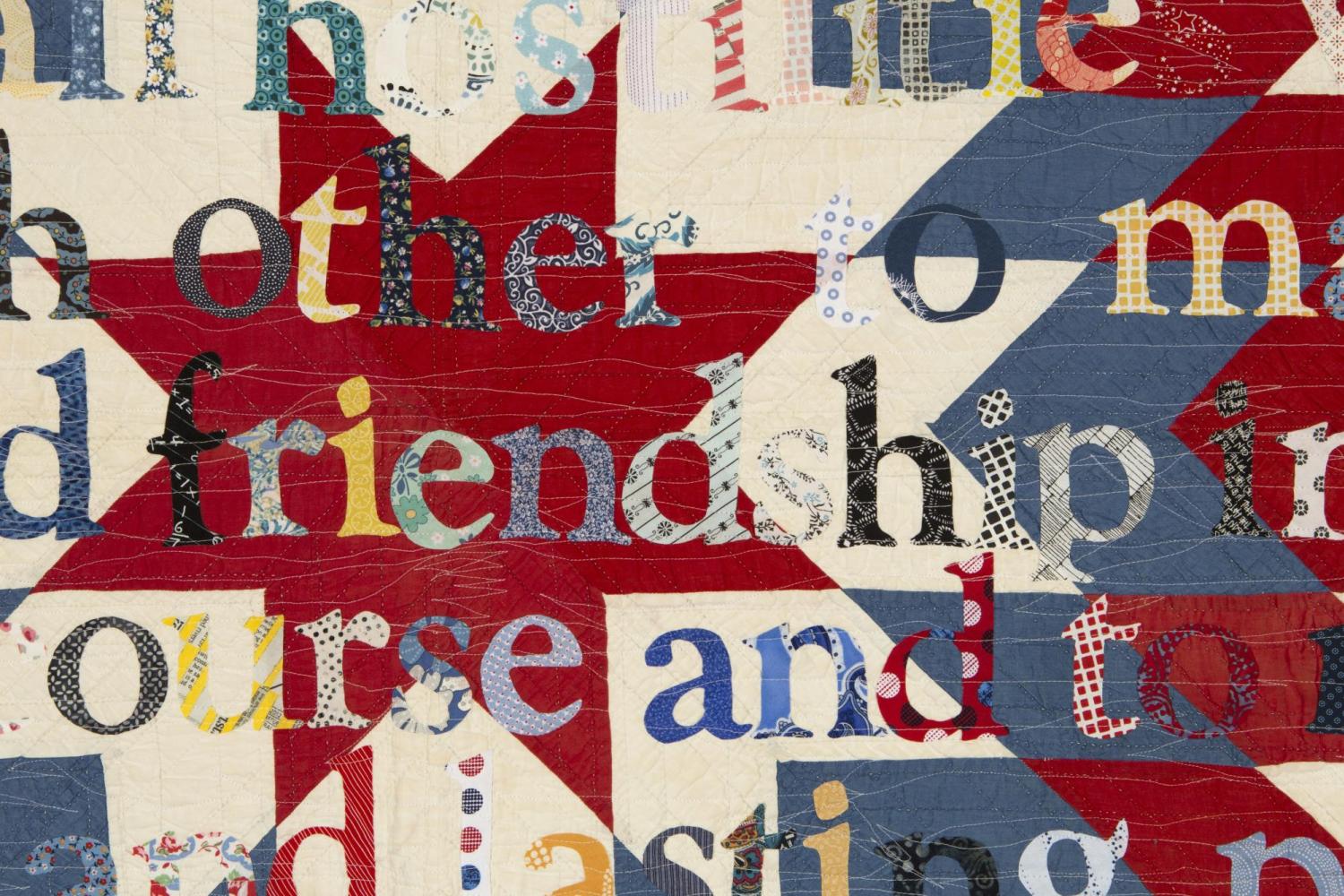 Its Honor Is Hereby Pledged: Gina Adams brings together four installations in which Adams addresses the complicated history and present-day relevance of treaties negotiated between the United States government and indigenous peoples. Drawing from her Ojibwa, Lakota and European heritage, she employs historical research, and traditional and contemporary craft techniques to promote healing of inherited trauma experienced by indigenous peoples.

In the Broken Treaty Quilts (2013–ongoing), Adams reproduces portions of treaties negotiated between indigenous peoples and the United States government. Using a font derived from 19th-century frontier newspapers, the letters are cut from patterned calico fabric; overlapping them onto quilt patterns frustrates legibility. The quilts featured in this exhibition use documents that codified Euro-settler westward migration into the Mountain-Plains region. Adams’ Ancestor Medallions, in contrast, focuses on the familial and contemporary sphere by replacing presidential portraits, bestowed to the chiefs who signed the treaties, with porcelain busts of her ancestors.

Adams’ archival research in campus collections has inspired new works. Patterns and symbols from historic maps and 19th-century indigenous cultural material cover ceramic, oil and encaustic basketball forms. Lines superimposed on a photomural derived from a 19th-century photograph of Rifle Canyon show the incursion of the railroad and the effects of modernization on the land.

This exhibition and programming is generously supported by CU Boulder Student Arts and Cultural Enrichment fees, the Center for Native and Indigenous Studies, and CU Art Museum members.