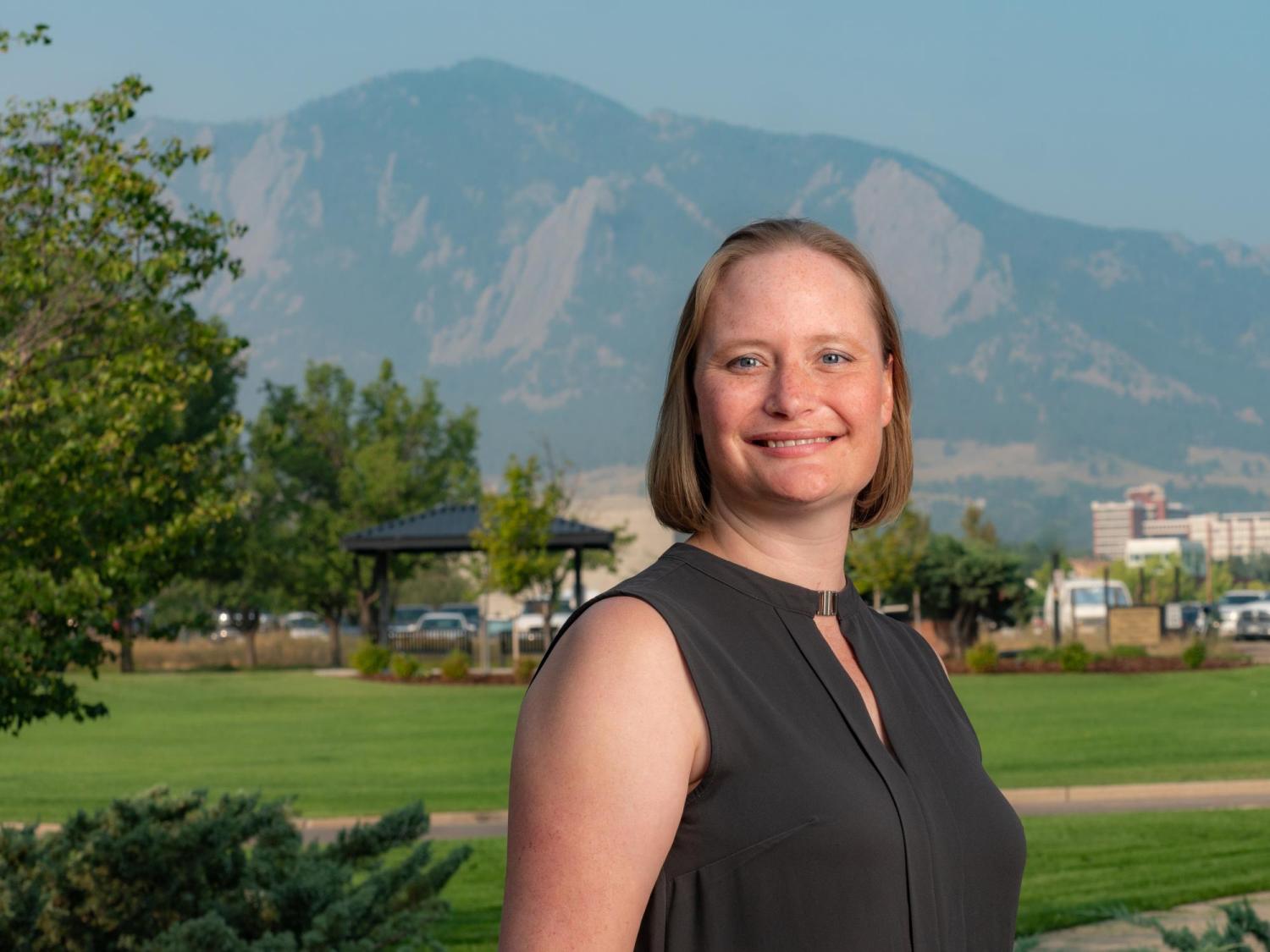 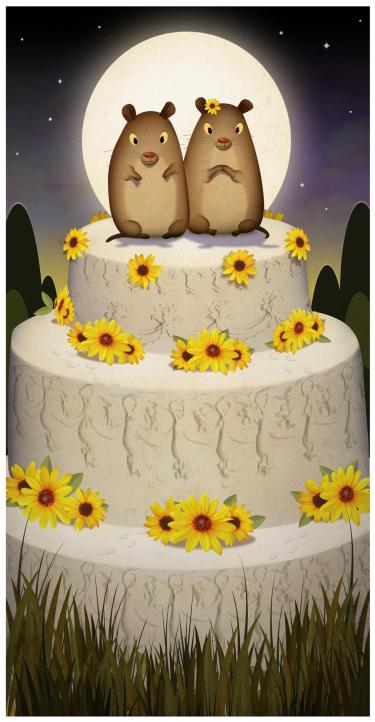 Observing a family of prairie voles scurrying around their nest, you can’t help but feel like you’re in the presence of kindred spirits.

With fuzzy round faces, tiny ears and wide eyes that occasionally connect with yours, the palm-sized rodents tempt you to pick them up and cuddle them. But it’s the bonds they form with one another that make them of keen interest to us.

Like humans — and only three-to-five percent of all mammal species — they mate for life, forming a lasting connection with partners and sticking together to raise their plentiful offspring. They even experience something akin to grief when they lose their significant other.

Zoe Donaldson, a CU assistant professor of behavioral neuroscience, wants to know why.

“If you think about some of the most important events that take place in life, they fall around our social relationships: We fall in love, we get married, we have kids, we lose someone. But what makes these events possible?” she asks as she looks upon a family of six prairie voles playfully chasing each other through a cardboard tube in her lab. “From a neurobiological perspective, what do you need to form a bond, maintain a bond and overcome a loss?”

A rising scientific star, Donaldson is among a small group of scientists working to answer this question, in hopes of helping people who struggle to make powerful emotional connections.

For those with autism, which impacts 1 in 59 children, for instance, forming close social bonds can be extremely challenging. At the other end of the spectrum, separation anxiety disorder leads to emotional attachments so intense that they’re detrimental. And for those with a condition called “complicated grief,” loss of a loved one can lead to profound emotional pain that doesn’t fade with time.

In contrast to depression, which centers on individual thoughts and feelings, conditions related to social bonding are understudied and nearly impossible to treat with medication, said Dr. Katherine Shear, a Columbia University psychiatrist who specializes in bereavement.

“Close attachments contribute importantly to many of the psychological problems individuals face, yet there is very little research informing this question of what happens in the brain when we form or lose them,” said Shear. “Zoe’s research promises to fill the gap.”

By observing prairie voles and comparing them to their more promiscuous cousins, such as meadow voles, Donaldson and others have zeroed in on two key hormones — oxytocin and vasopressin.

Now, with several million dollars in federal grants, she’s expanding her lab and vole colony to learn precisely what those chemicals do and where in the brain they do them. In short, she’s on a mission to decode love.

Donaldson was a precocious 17-year-old when she experienced what she now recalls as “a profoundly horrible feeling.”

She’d been with a boyfriend for just three months. When he dumped her, she was heartbroken — but also intrigued.

“It was the most intense thing I’d ever felt before,” she said of the day she first had an inkling of what she wanted to do for work. “And on some level I thought, ‘I want to understand this better.’”

Raised in Reno, Nev., in a family of scientists and tinkerers, Donaldson had always been a deep thinker.

She left high school at 16 to attend a liberal arts college in Massachusetts, and by 20 had spent time in West Africa researching malaria and finished her undergraduate degree, at UCLA. At 21, she was working on a doctorate in neuroscience at Emory University. There, she was mentored by social neuroscientist Larry Young, a pioneer in prairie vole research.

Voles’ monogamy was discovered in the 1970s, when a biologist doing population surveys in Illinois noticed that the same male and female pairs kept showing up together in his traps. Their cousins the meadow voles sleep around, and their female hamster cousins occasionally eat their mates after sex. So the discovery of amorous and faithful rodents was greeted as a scientific gift.

“Typical rodents don’t form these attachments like we do, so for a long time these emotions were really difficult to study,” says Donaldson. As she dug into her research at Emory, she had another moment of inspiration.

She’d just had a tonsillectomy and was violently ill, but her then-beau, now-husband, Kyle Allen, stuck around anyway, fielding calls from the doctor and cleaning up after her.

She knew that day he was the one. “I was like, ‘this is someone who is going to do everything possible for me when I need it the most,’” she recalls. “It was a rational realization, but on a deeply emotional level.” 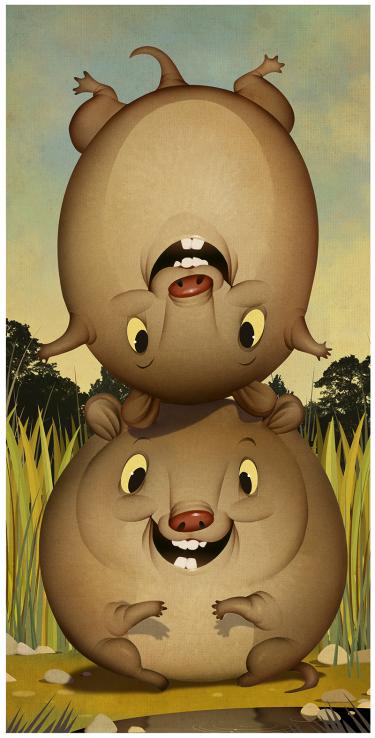 Scientifically speaking, she was fascinated by the idea that it probably also had a lot to do with the neurochemicals which flooded the reward centers in her brain when he was around.

When prairie voles, aka Microtus ochrogaster, couple up for the first time, research has shown, oxytocin (a hormone associated with trust, understanding social cues and maternal bonding) is released in a brain region called the nucleus accumbens. Vasopressin (a hormone that makes our blood pressure rise and warms us up) is released in a region called the ventral pallidum.

After an initial bond is forged, the animals associate the significant other with that feel-good sensation and keep coming back for more.

Brain imaging studies suggest a similar phenomenon may be at play in humans.

“The idea is that when you see that special someone again, you get a little reward juice and certain cells light up in these reward centers,” said Donaldson, noting that they happen to be the same centers that light up when people use heroin or cocaine.

In a way, she says, the term “addicted to love” may not be so far off.

From Lab To Practice

Since moving to CU Boulder in 2016, Donaldson has been flooded with accolades, including the NIH Director’s New Innovator Award, and received more than $2.4 million in research grants.

By filming and observing how prairie voles behave around one another and using state-of-the-art neuroimaging tools to see what happens in their brains when they are with (and without) their mates, she hopes to understand not just which neurochemicals are at play, but precisely which switches they’re turning on in which regions of the brain.

Both promiscuous meadow voles and monogamous prairie voles have oxytocin and vasopressin coursing through their little bodies, she said. But prairie voles appear to have more and differently distributed receptors in their brains’ reward centers. “The difference between them is not whether they produce these hormones, but rather what they can unlock within their brains,” she said. “We’re working to find that out.”

Meanwhile, researchers at several universities have begun experimenting with intranasal oxytocin in autistic children. At least one university is using it in couple’s therapy. Others are exploring its role in complicated grief.

Donaldson is quick to note that the science is young: We’re still far from discovering a “Love Potion Number 9.”

But she does imagine a day when her discoveries could help lead to new drugs, counseling strategies and even diagnostic tools that use brain imaging to see if a treatment is really working to ignite the brain pathways required to form a bond.

In the meantime, she and her husband have gotten used to snarky questions about their love life and frequent jokes about their oxytocin levels. Does knowing so much about the neurochemistry of love somehow make it less romantic for her?

“Are you really going to feel any less in love if I tell you that it is just a bunch of chemicals in your brain making you feel that way?” she said as a pair of prairie voles snuggled nearby. “I don’t. If anything, it gives me an even greater appreciation for it.”

In our print edition, this story appears under the title "Cracking the Love Code." Comment on this story? Email editor@colorado.edu. 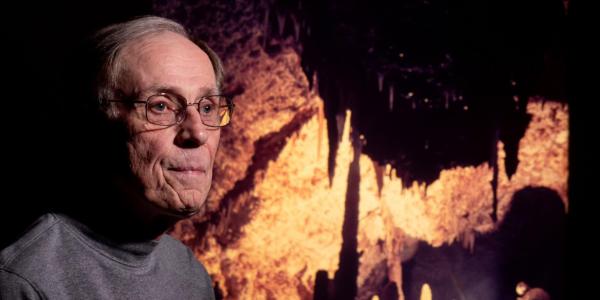 CU's Norm Pace isn't intimidated by the darkness of remote caves, or the vastness of the microbial universe. He's mastered both. END_OF_DOCUMENT_TOKEN_TO_BE_REPLACED 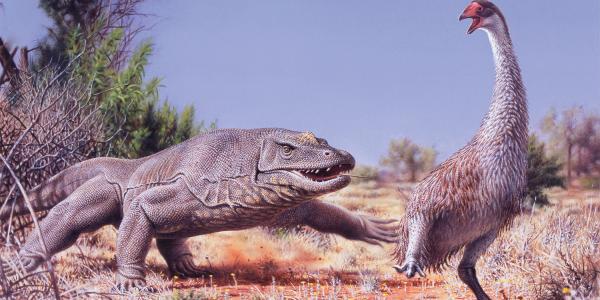 What killed them off? A CU scientist with an arctic pedigree thinks he's found the answer in the hot Australian interior. END_OF_DOCUMENT_TOKEN_TO_BE_REPLACED 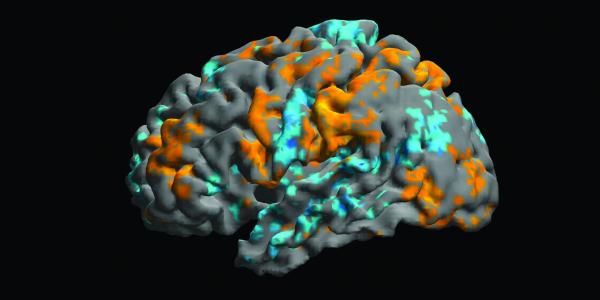 Can chronic pain patients think themselves into wellness? An unprecedented brain imaging study aims to find out. END_OF_DOCUMENT_TOKEN_TO_BE_REPLACED