In the dream clinic of the future, patients struggling with mental illness might — in addition to sharing their feelings with a therapist — have their brain scanned to pinpoint regions that may be misfiring.

Instead of prescribing multiple drugs to treat myriad symptoms, a doctor could recommend one therapy targeted squarely at genetic culprits underlying them all.

And thanks to telemedicine and support from trained peers, anyone who needs treatment would receive it, regardless of their location or income.

Such a dream is within reach, say CU Boulder geneticists, neuroscientists and psychologists who are joining forces to imagine new ways of diagnosing and treating mental illness.

Their work comes as 1 in 6 children and 1 in 5 adults experience a diagnosable mental illness each year, according to the National Alliance on Mental Illness (NAMI). More than half will be diagnosed with a second or third in their lifetime, and about a third will have four or more.

Most will take multiple medications — some that work, some that don’t, many of which have unpleasant side effects.

Well over half will get no care at all.

“We definitely have a mental health crisis on our hands,” said June Gruber, an associate professor of psychology and neuroscience who co-authored a “call to action” in American Psychologist in 2021 proposing how the crisis could be addressed. “But we are also on the cusp of big changes in the way we understand mental illness … moving away from one-size-fits-all labels to something more personalized and accessible.”

Yet most patients wait until a crisis occurs before seeking help.

“It’s critical to get the right diagnosis and the right treatment to the right person at the right time,” said clinical neuroscientist and psychologist Roselinde Kaiser (MPsych’08; PhDNeuroSci, Psych’13), assistant professor in the Department of Psychology and Neuroscience. “But we tend to wait until folks are in urgent need before we do anything … and the way we treat them often has more to do with what has the least side effects rather than what’s going to be the most effective.”

Kaiser envisions a day when everyone undergoes a mental health check-up every six months, much like we do for dental health. Clinicians would start with low-tech surveys, cognitive exams and the use of tests to measure heart rate, perspiration and other physiological responses to stress.

When serious red flags arise, just as a patient with a bad back undergoes imaging to get a reliable diagnosis, someone might have a brain scan to confirm their risk of mental illness — and what kind.

“We have really good biomarkers for lots of other complicated medical illnesses, but we don’t have anything for psychiatric disorders at this point,” said Kaiser.

To help identify patterns in the brain that could serve as biomarkers, or measurable signs, she launched a study following 140 adolescents for two years. Each participant laid back inside a functional magnetic resonance imaging (fMRI) machine and played a video game in which they gambled. Meanwhile, the fMRI measured blood flow to regions of the brain associated with reward and “executive function,” or self control.

In subsequent months, the teens filled out daily mental health surveys on their phones and had their movement tracked via GPS.

“But what has been really hard has been determining what kind of mental illness a person is experiencing or will experience,” Kaiser said.

She found that youth whose brain scans showed heightened sensitivity in the nucleus accumbens — a brain region associated with reward — along with poor executive function were far more likely to experience bipolar symptoms (depression along with mania) in the coming months. Meanwhile, those with blunted reward sensitivity along with poor self-regulation were more likely to experience unipolar depression, or depression without mania.

This matters because the drugs and interventions prescribed for each are very different. Yet because each person’s experience is unique, making such distinctions via talk therapy alone can be difficult.

“Neuroimaging may be a really useful tool for looking under the hood to see what is going on now and predict what could be coming in the future,” said Kaiser. 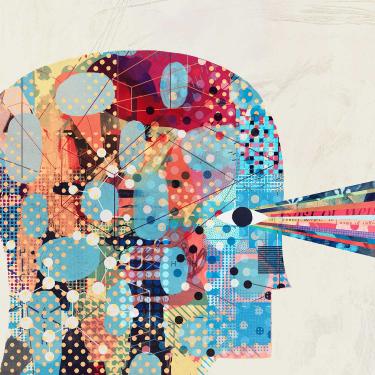 Andrew Grotzinger, an assistant professor of clinical psychology and researcher with the Institute for Behavioral Genetics, notes that when it comes to mental illness, multiple diagnoses are the norm, rather than the exception.

This can leave patients feeling unlucky and discouraged and taking multiple medications with serious side effects. Research shows more than 60% of people who go to the doctor for mental health reasons receive prescriptions for two or more medications, and more than a third receive three or more.

“If you had a cold, you wouldn’t want to be diagnosed with coughing disorder, sneezing disorder and aching joints disorder,” he said. “There has to be a better way.”

Genetics, he believes, could pave the way for a more precise system of diagnosis that accounts for the underlying genes different disorders have in common.

“By identifying what is shared across these issues, we can hopefully come up with ways to target them in a way that doesn’t require four separate pills,” he said.

His lab is making progress.

While there is, he stressed, no gene or set of genes underlying risk for all of them, his team did find that subsets of disorders share a common genetic architecture.

For instance, 70% of the genetic signal associated with schizophrenia is also associated with bipolar disorder. Anorexia nervosa and obsessive-compulsive disorder have a strong, shared genetic basis. And anxiety disorder and major depressive disorder share many underlying genes.

Instead of prescribing multiple drugs to treat myriad symptoms, a doctor could recommend one therapy targeted squarely at genetic culprits underlying them all.

“When you think about it, it makes sense,” said Grotzinger, noting that depressed individuals often present as fatigued, while those with compulsive disorders can have difficulty sitting still.

In all, the study identified 152 genetic variants shared across multiple disorders, including those already known to influence certain types of brain cells. A follow-up study, expanding the work to include three additional substance abuse disorders, is underway.

Future research, informed in part by brain imaging research, could ultimately help determine what those genes do and lead to new treatments that target those upstream processes.

It’s years away, but in the future Grotzinger and Kaiser imagine patients also having their DNA tested to help find their ideal treatment.

“My hope is that we can not only start to reduce polypharmacy but also identify new interventions for the many people who aren’t currently responding to standard practices,” Grotzinger said.

Dream clinic of the future aside, Gruber stresses that existing medications and therapies do already work for many people.

“The problem is, we are ineffective in providing them to the people who need them most,” she said, noting that people of color or low-income people are often underserved. “It’s a real tragedy.”

Pre-COVID-19, 67% of adults and up to 80% of youth with mental health needs went without services each year, either because they couldn’t afford it or lived in a place where there were no counselors.

“Neuroimaging may be a really useful tool for looking under the hood to see what is going on now and predict what could be coming in the future.”

With in-person offices shut down, the COVID-19 pandemic, with all its tragic consequences, forced the field to think outside the box, bringing telemedicine from the fringes into the spotlight.

“We are moving toward a time when no longer does someone have to overcome the insurmountable obstacle of making an appointment and getting to it — where we can rapidly provide telehealth to all people across state boundaries,” said Gruber.

She believes that going forward, “lay counselors” will also play a critical role in filling the gap at a time when 77% of counties in the U.S. have a shortage of mental healthcare providers.

Lay providers have no formal mental health training but often share a cultural background or similar mental health challenges. They can serve as a bridge between people in need and clinicians or even provide support themselves.

One international study co-authored by CU Boulder psychology professor Sona Dimidjian, director of the Renée Crown Wellness Institute, found that community members who got three weeks of intensive training, plus follow-up supervision, could effectively counsel people with depression with measurable and lasting results.

Dimidjian is now working on follow-up research in Colorado assessing a program in which mothers who have experienced and recovered from postpartum depression support moms in the thick of it.

“For nearly a century, the standard for treatment has been a single patient, single provider in a physical office,” said Gruber. “It’s time we throw aside some of our archaic models of what kinds of treatments work and who can deliver them.”

Through a project called Emerge, Gruber and her students collected data — via laboratory tests, smartphone apps and remote surveys — on 762 young adults before and after the beginning of the pandemic in 2019. They found that not only did many experience increased depression and anger early on, but a general decrease in life satisfaction persisted a year later, suggesting COVID may have long-term mental health implications.

But she has also witnessed an unexpected upside: Mental illness, once shunned and seldom talked about, has come out of the shadows.

“It has finally come into the mainstream as a common topic of conversation, and there is a recognition that many of us will endure some kind of mental health disorder in our lifetime,” said Gruber. “With that destigmatization comes great hope.” 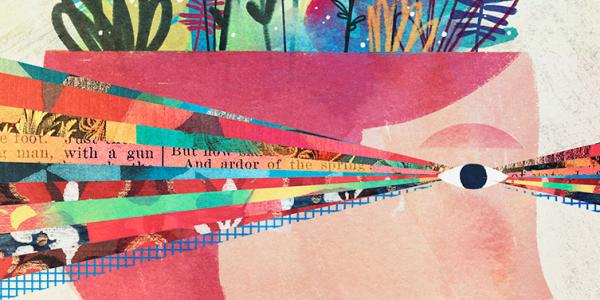 Students, Faculty Forge a Thoughtful Path to a Mindful Future

The Mindful Campus Program, designed by students and faculty, aims to help students improve their own wellness and that of the community END_OF_DOCUMENT_TOKEN_TO_BE_REPLACED 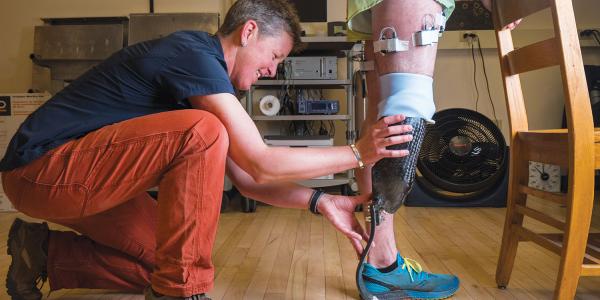