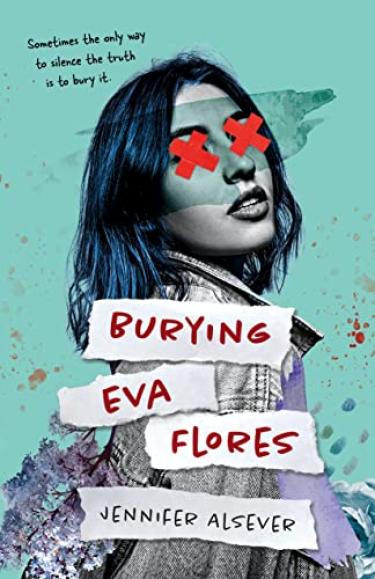 Seventeen-year-old Sophia Palmer isn’t especially fond of most people on general principle, but she really hates Eva Flores. After all, Eva ruined Sophia’s life—stole her look, took away her home, and used her Tik-Tok-famous status to turn the entire school against Sophia. So when something unspeakable happens to Eva on a class trip, everyone knows: Sophia killed Eva Flores.

Eva is not the person everyone thinks she is. Sure, her posts may go for hundreds of thousands of dollars a pop, but her life is not the perfect sponsored dance video that everyone would like to believe. But how would Sophia know that? Sophia judged her from the moment Eva moved to town. She refused to like her the way everyone else did, no matter how hard Eva tried to win her over, Sophia refused to bend. In the end, it wasn’t really a choice: let the world think she was weak, or tell the world a different story about who Sophia Palmer really is.

Enter a seemingly simple gift—a blank notebook—given to Sophia by her best friend. When Sophia writes a story in it that goes on to play out in real life, she realizes immediately the power she wields. So she begins to write a new story. About two girls with opposite luck, and opposite means. About power and the people who wield it. About what happens when a switch gets flipped, and the person who has been struggling is suddenly holding all the power.