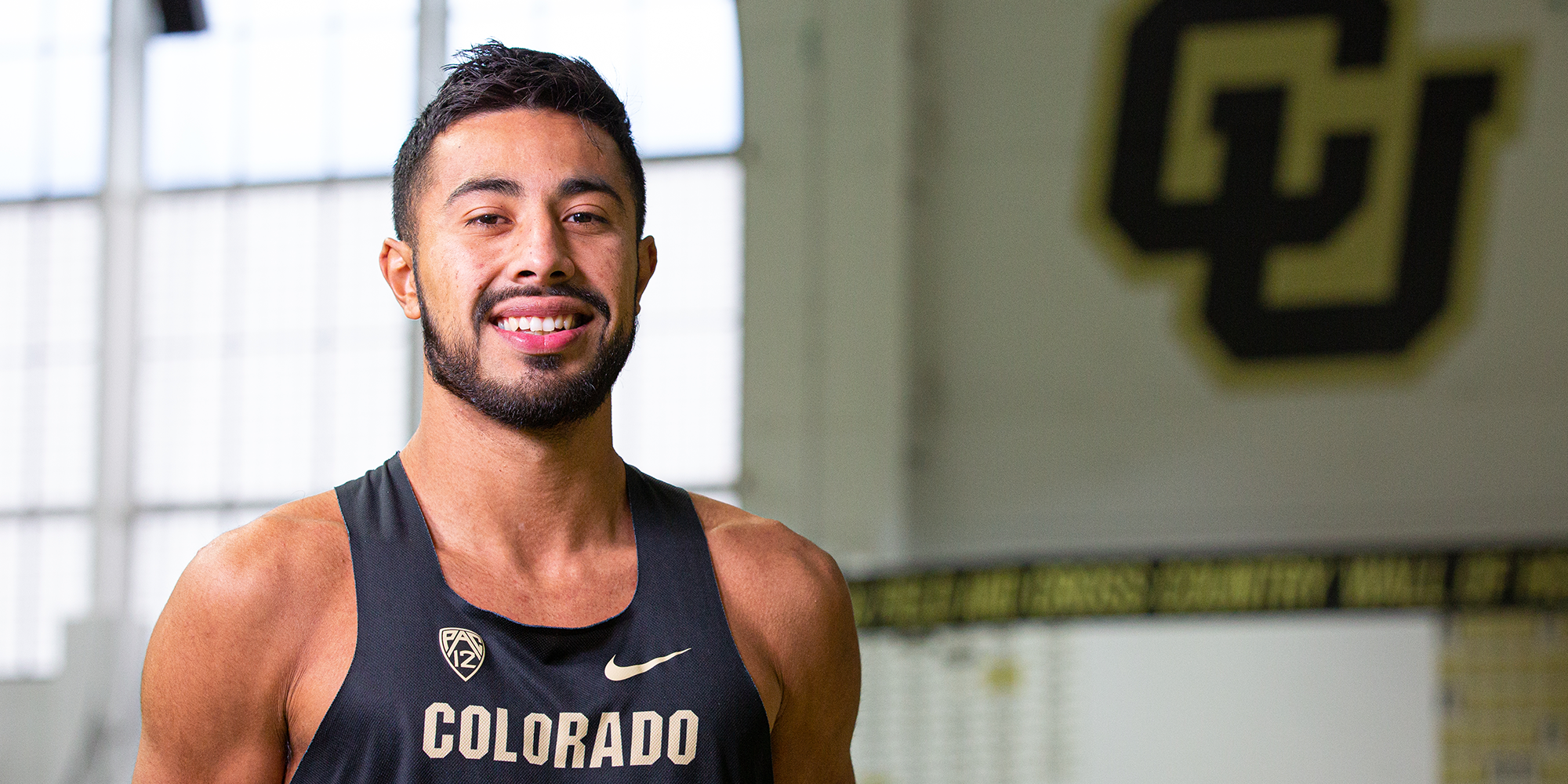 Home Spring 2022 Getting to Know All American Eduardo Herrera

Getting to Know All American Eduardo Herrera

All-American and 2021 Pac-12 Cross Country Athlete of the Year Eduardo (Lalo) Herrera (Soc’21; MA&S’23) has hit his stride in his fifth and sixth year at CU. The 2020 Pac-12 cross-country champion reflects on running 90-mile weeks, seeking out local trails and stepping up with an eye to his future.

When did you start running competitively?

Freshman year of high school. I was a soccer player growing up. Back home in Madera, California, the coaches get single-sport athletes to go out for cross-country to get in shape for soccer. I started with my brother telling me to try out for the team just to stay in shape.

What was it about CU that made you want to run here?

When I came out here for my visit, it was snowing. I fell in love with Boulder. The resources in Athletics, the past championships, knowing that the team was really good. And running on soft surfaces was a priority. I was running 85 to 90 miles a week — and in the summers 100 — on asphalt and concrete. It’s hard on the body. Coming here, I knew trails could save me from injury. Altitude was an-other factor. It gives me a benefit going down to sea level when racing. I knew I would have everything I need to be successful in this program.

You’re in your sixth year running at CU. How has your role on the cross-country and track teams changed over time?

The first three years I was here, I wasn’t really that guy people look up to. I would follow everyone else. Workouts were crazy. Everybody was constantly going hard. After my junior year, I started to become a leader. We switched up the whole team dynamic, the team culture. We wanted to set this foundation that everyone here is important. The younger guys are the future of CU.

Which teammates have helped mentor you? 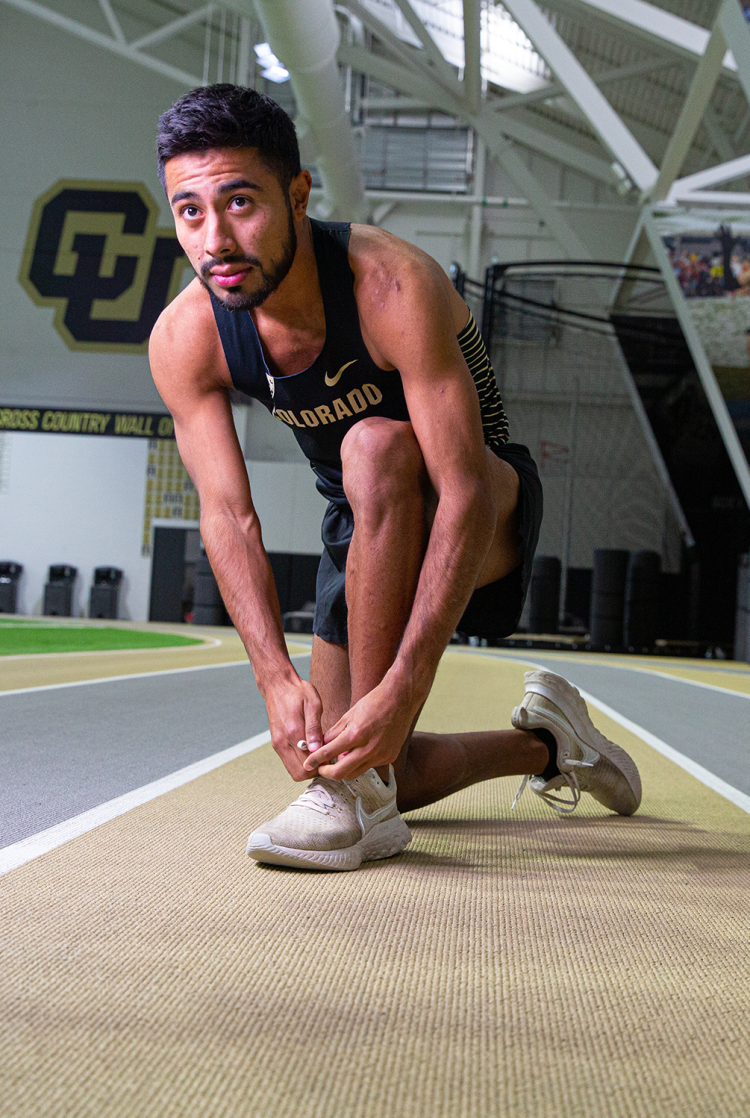 When I came here on my recruiting visit, I met Morgan Pearson (Econ, Math’16) and Pierce Murphy (FilmSt’16). And those guys kept in touch with me even after they graduated. It’s nice to have that type of friendship with those older guys.

Can you describe a typical week of training?

I’ve always been a high-mileage person. If I can be running 90 to 95 miles a week, it makes me feel strong when I approach a race. It also depends on where I'm at with the season. After a break, it’s normal to progress slowly. But I get impatient. I want to be out there and on top of my game.

Why do you think you've had so much success in the last year?

I want a professional running career. I started training differently when I wrote down the things that I wanted to accomplish post-college. Being determined and wanting to be the better version of myself. That's what changed.

What is something you've learned from head coach Mark Wetmore?

Do you have a favorite trail in Boulder?

LoBo Trail, heading out towards Coot Lake. Aquarius Trailhead is really nice. I go to Davidson Mesa a lot for the views. It’s beautiful.

During cross-country, you run 8K all seasons and then move up to 10K for regionals and nationals. How is it running longer distances on these big stages?

As a newcomer, like freshmen or sophomores, it’s a big change. In high school, all you’re doing is 5K. For me, it’s not much of a difference because I put in a lot of miles, so to move up two kilometers in a race isn't terrible.

How do you prioritize not burning out too early while also making sure you don’t leave anything in the tank by race’s end?

Sometimes it comes down to being willing to put your nose in it. You’re going to finish pretty much on empty. At the NCAAs, I was feeling confident with my fitness. I knew I could compete. For some reason, I got fatigued at six kilometers and started to tense up. I tried to maintain my position. If you’re racing against really good people, you’re pushing the limit.

What advice would you give your 2016 self for when you were starting to run for the Buffaloes?

Be patient and trust the process. People get caught up with what others are doing. You need to do your own journey. If you're patient and doing the right things, your time will come.

If you have time away from school and training, what are you doing?

Outdoor activities. When I’m not doing that, I love playing FIFA. I also love to go explore. Go out to parks and relax, throw frisbees — that good stuff.