Home Fall 2021 Evan Battey Is the New Mayor of Boulder

Evan Battey Is the New Mayor of Boulder

Home Fall 2021 Evan Battey Is the New Mayor of Boulder

Evan Battey Is the New Mayor of Boulder

As men’s basketball’s longest tenured player this season, L.A. born-and-raised Evan Battey (Jour’21, MSOL’23) is ready to lead the team. The 6’8” senior shares how the support of his teammates fuels his infectious positivity and charismatic personality.

Head Coach Tad Boyle has said that you ‘connect people.’ Why do you think your coaches and teammates see you as an ‘emotional spark plug’?

I’m positive and think team-first. Negativity isn’t something to celebrate. Off the court, the team — they are my brothers and friends. I choose to spend time with my teammates. It creates more bonding, more love. 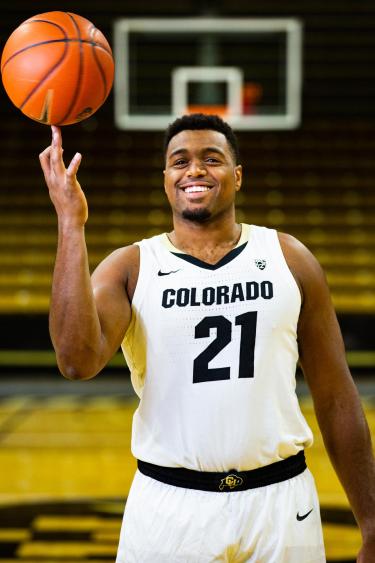 hallenges you faced after you had a stroke Dec. 26, 2017, during your freshman year?

It was tough for me. When my team was in L.A. to play USC and UCLA that January, I remember going to the hotel. The guys hadn’t seen me yet. When I first walked in, all of them came over, and it was so warming. But it was also hard because I had lost the ability to say, ‘Hey guys, what’s up?’ I could just smile and wave. I give my teammates a lot of credit for allowing me the time to mess up, make mistakes and be comfortable talking to them.

Now as a senior, what do you do differently to connect with younger players?

I haven’t had to do anything different. This group just came in, spends time with me, comes over to my house, plays video games...all that stuff that my past teammates would do. It’s the same family atmosphere.

You were a coach in high school?

My senior year, I was the associate head coach for JV and assistant coach for varsity. That opened my eyes to a lot of different angles and different perspectives. When I couldn’t play [academic redshirt] freshman year here, I had to be like a coach again.

Your minutes played and points-per-game were up the last three seasons. And personal fouls have gone down each year. What has led to your improvement?

The game has been slowing down for me. When you come in as a freshman, you are thinking about so many things. As you start establishing habits, you can build on those. Some things that I did when I was young aren’t a part of who I am anymore. Now, I’m just making the simple plays.

Sometimes in the huddle during a timeout and after Coach Boyle talks or draws up a play, you’ll speak to your teammates. What are you saying?

Usually, I’m saying what Coach says. It’s kind of a lieutenant thing. It’s positive. Unless things are going really bad, and I have to get into my teammates. I bring that passion. It’s, ‘We gotta rebound’ or, ‘We gotta be on the glass.’ ‘We gotta make one more pass.’ My teammates need to hear it from me because Coach doesn’t want to always be the one to say it. 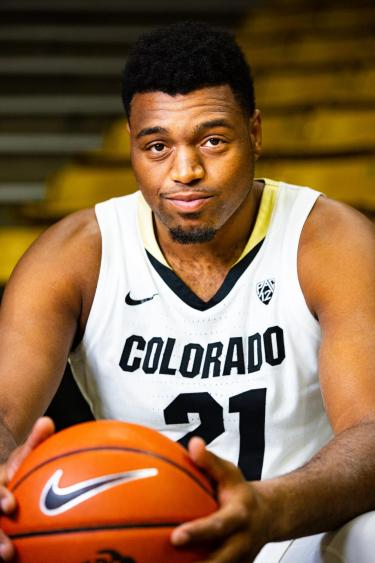 How would you describe your relationship with Coach Boyle?

I’m sure gonna miss him when I leave. He’s on you to be better. It might be tough love, but it’s love, and all our guys see that. He simplifies everything. He doesn’t make things too complex. Defend and rebound; offense will come.

As a broadcast journalism graduate, what type of media are you most interested in?

I’ve always wanted to be a writer. One thing that helped me when I was recovering from my stroke: I had the power of pen and paper. I can talk sports with the best of them, but that depends on my progress on my speech.

You’ve been affectionately called the ‘Mayor of Boulder.’ What has being a student-athlete at CU Boulder meant to you?

Well, the true mayor of Boulder is Spencer Dinwiddie (Comm ex’15), but I’ll be honored to be the second mayor. As soon as I took my visit here, I fell in love. The family atmosphere, the fit, the team and the community. The people here are so nice. The student athletes support each other. I’ve been to a tennis match. I’ve been to track-and-field meets. New things. That’s what college is about.

Can you tell us more about your work with the Pac-12’s Mental Health Task Force?

What’s one thing readers might be surprised to learn about you?

I play a lot of dominoes. I picked it up over quarantine. I play day and night, even on my phone. It’s a good way to keep my mind stimulated and have fun.

Tim Chartier shines during the NCAA Division I College Basketball Tournament, AKA March Madness: He's one of the nation's top bracketologists. And also a mime. END_OF_DOCUMENT_TOKEN_TO_BE_REPLACED 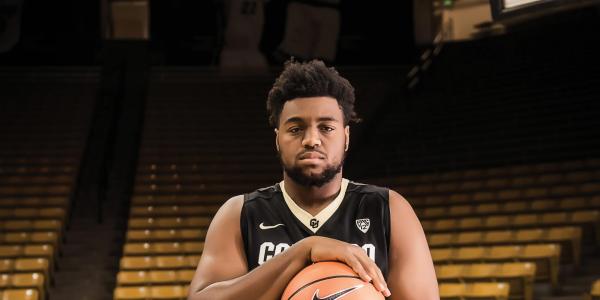