Home Summer 2021 The Shecession: How the Pandemic Is Impacting Women’s Careers

Home Summer 2021 The Shecession: How the Pandemic Is Impacting Women’s Careers

In mid-March 2020, Rachel Rinaldo found herself in the same position as roughly 20 million other working mothers in the United States: suddenly stuck without child care, or thrust into the role of homeschool teacher, and trying to figure out how to get her work done.

“It was an impossible choice. You could either do your job well or parent well,” said Rinaldo, CU Boulder associate professor of sociology and mother of 7-year-old Nathaniel. “At times, I felt like I was failing at both.”

When she scrolled through social media, she noticed it was blowing up with similar sentiments from other women scrambling to adjust to pandemic-related school and daycare shutdowns. Some, like her, were fortunate to have a partner who took on a full share of child care and a job that could be done at home. However, many had no choice but to cut their hours or leave the workforce.

“There are conversations happening now about what it takes to support working parents that I have never seen in my lifetime.”

Curious to know more about how the pandemic was impacting working parents, and how couples were dividing up their tasks, Rinaldo launched a study surveying nearly 300 people nationally and interviewing dozens in her own community at length. She found a common theme.

“Even in a relatively progressive area like the Denver-Boulder area, women were taking on the brunt of the remote schooling and extra child care and were more likely to have reduced their work hours or have been furloughed,” she said.

Rinaldo’s findings echo those of studies around the country which show that women, particularly those with children, have been hardest hit by the recession sparked by COVID-19.

In the first weeks of the pandemic, an astounding 3.5 million mothers with school-aged children either took a leave, lost their job or left the job market entirely, according to the U.S. Census Bureau. Even a year later, women’s participation in the labor force was at its lowest level since 1988.

Some fear that the “Shecession,” as it is being called, could have lasting impacts on everything from homeownership and wealth accumulation for women to the kinds of people who end up in boardrooms and the scientific discoveries that are made in years to come.

But it also brought a silver lining.“It has galvanized a lot of needed discussions,” said Rinaldo, who specializes in gender studies. “There are conversations happening now about what it takes to support working parents that I have never seen in my lifetime.”

Even before the pandemic, Rinaldo’s research found the division of labor in many households was unequal.

“Women in many cases were already the default or back-up parent,” she said. “They arranged the play dates, did the majority of the housework and when someone got sick, they were the ones to stay home from work.”

Previous studies also have shown that heterosexual women tend to view their jobs as more flexible than their husband’s: when two-earner couples move for a job change, for instance, it’s usually his.

“When both people are working and they cannot afford child care, if somebody is going to quit, it’s going to be the person with the lower paying job — and in heterosexual couples, that’s usually the woman,” said Rinaldo.

“When hard times hit, people tend to fall back on those traditional gender roles,” she said. Throw a pandemic on top of all this, and inequities have been supersized.

One recent study, published in the journal Feminist Frontiers, found that even when both parents were able to telecommute from home during the pandemic, mothers with young children reduced their work hours four to five times more than fathers did.

As of May, while vaccines rolled out widely and the economy started to rebound, mothers’ representation in the labor force was still down 4% but working fathers’ representation was nearly back to pre-pandemic levels. Black and Latino moms were even harder hit, accounting for about half of the total decrease in the female labor force, even though they represent less than one-third of it, according to the Pew Research Center.

And in academia, where today’s publications drive tomorrow’s tenure, women — who already published less than men and took more of a career hit when they became a mom, according to CU Boulder research — saw this publishing gap exacerbated.

“Science works better if we have diverse communities contributing to scientific knowledge,” said Allison Morgan (PhDCompSci’21), who recently published a study on women in academic publishing. “These trends suggest that we might not be hearing some of those voices. That’s concerning.”

In all, Rinaldo and study co-author Ian Whalen (PhDSoc’23) found that the majority of women interviewed expressed that their 2020 experience was filled with anxiety, stress and exasperation.

“They felt the pandemic was taking a toll on both their careers and their marriages,” Rinaldo said.

Some who took pandemic leave to care for kids worried it would stall their career progression. Others complained that while the kids wouldn’t dare interrupt their father during a Zoom call, they often freely walked in on mom’s work calls.

“I am just so tired and so worn down, and I have just burnt the candle — broken it into a thousand pieces,” explained one interviewee. “There’s just not a lot of me left.”

But in about one-quarter of cases, Rinaldo found, the division of labor at home was more equitable.

In these cases, a few common themes emerged: The working mother was more likely to be the breadwinner or have a job their partner viewed as more demanding than his; the husband was unemployed; the husband’s workplace was sympathetic of his child care needs; or there was a strong commitment between the couple to create gender equity at home.

LGBTQ couples, she found, were also more likely to have equitable divisions of labor and tended to have ongoing conversations about who does what around the household.

“When you don’t have these obvious gender differences between partners, you have to talk about these issues more explicitly,” she said.

Rinaldo did not include single parents in the study, as one of her objectives was to examine how work was divided up between couples during the pandemic. But she points to research that shows single moms have taken an even greater emotional and financial toll.

“Change is coming. People are demanding it. I’m optimistic.”

The pandemic, Rinaldo said, has been its own kind of natural disaster, similarly leaving wreckage in its wake while also prompting frank talk about how to be more resilient when the next crisis comes around. In April 2021, President Joe Biden announced a proposal for an American Families Plan, which would provide free preschool for all 3- and 4-year-old children, subsidize child care and create a national paid family and medical leave program.

More cultural and structural change is needed, said Morgan, noting that 40% of academic institutions in the country still have no paid family leave. Since 2018, CU Boulder has a gender-neutral policy, allowing both mothers and fathers six weeks of paid parental leave after the birth of a child.

“Younger generations have become much more aware of these issues of gender equality, and the pandemic has shone an even brighter light on them,”said Rinaldo. “Change is coming. People are demanding it. I’m optimistic.” 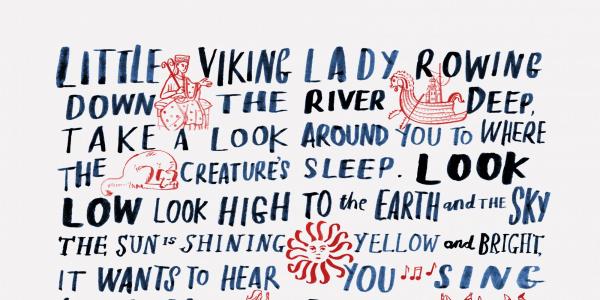 Two CU Boulder scholars, one named Zax, find value in having a last name that starts near A. END_OF_DOCUMENT_TOKEN_TO_BE_REPLACED