Home Summer 2021 Is RTD's B Line Train Coming to Boulder?

Is RTD's B Line Train Coming to Boulder? 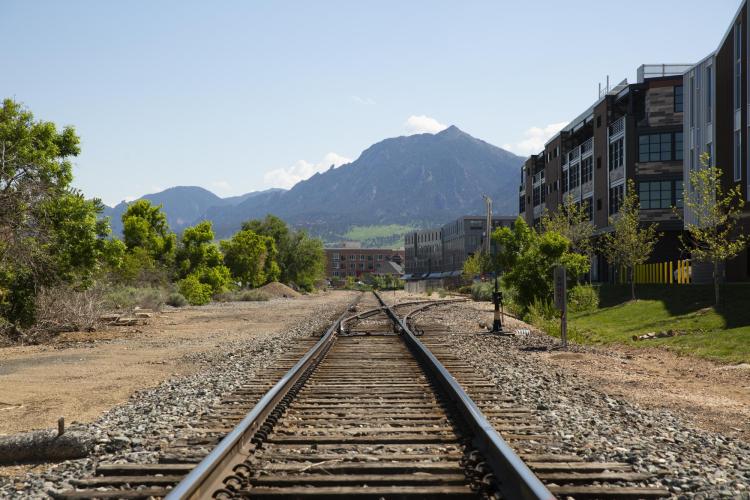 Boulder was in its formative years in the late 1800s. Westward expansion drew in hopeful settlers. Industries were booming.

But the community lacked convenient transportation and shipping: It needed a train. In 1873, the city got two when the Colorado Central Railroad Company built Boulder’s first working rail lines and the creation of the Denver and Boulder Valley Railroad connected the major cities. Soon Boulder celebrated its first luxury train — complete with lavatories — only for railroad travel to fall out of fashion when automobiles became popular in the early 1900s.

Over a century after riders traded tickets for car keys, residents yearn for a return to rail. In 2018, RTD reported that congestion caused 77 million hours of travel delay in the Metro Denver region. As urban sprawl between the cities becomes denser and carbon emissions worsen with traffic, drivers covet a commute that omits the interstate.

The plan didn’t survive long. RTD took on significant debt with the Great Recession in 2008, which coincided with realizations that the B Line would cost millions more than projected. Without a means to raise the extra funds, RTD prioritized less-expensive lines, and Boulder County residents lost faith.

As car-less first-year students at CU in 2017, the year of FasTracks’ original planned completion, my friends and I pined for a train to take us to Rockies games or the Denver Art Museum. Instead, we spent four years on the Flatiron Flyer buses.

RTD recommitted to FasTracks in February 2021, ordering engineering and environmental studies for the B Line expansion. Officials are eyeing President Biden’s recent infrastructure proposal in hopes of securing funding.

CU students will surely be some of the first to hop on board the train. Whether commuting to campus or venturing into neighboring cities, the B Line could lead to significant decreases in traffic and carbon output.

If RTD moves forward with the B Line, commuters and train enthusiasts alike may have reason to celebrate. I know I’ll be grateful for it when I visit my alma mater. And thousands of Denver-Boulder commuters can finally skip the nightmare of rush hour on Highway 36.