When Susan Ornitz first heard her custom lullaby, created by students at CU’s College of Music, she was floored. Her 7-month-old daughter Zoe loved it, too.

“She was so excited. She just started squealing. It was like she knew it was written for her,” said Ornitz.

In December 2020, Ornitz agreed to participate in CU’s Colorado Lullaby Project, a program pairing student musicians with new parents to create a custom song for their little ones. Over the course of several collaboration sessions, mother and musicians used details about Zoe — her nickname, favorite stuffed animal and emerging personality — to craft a very personal song.

Months later, though Zoe has grown, the song (titled “Little Wild Thing”) is still special for the mother-daughter duo.

“We still love to sing it together on our stroller walks,” Ornitz said. “I didn't think of it as something that was going to be so memorable, but it’s such a special thing to us now.”

The Birth of the Project

The project began in New York City in 2011. As a part of Carnegie Hall’s community engagement programs at Jacobi Hospital in the Bronx, composer and teaching artist Tom Cabaniss was working with HIV/AIDS patients in the pediatric unit when he heard murmurs about teen moms in the OB-GYN unit having a difficult time connecting with their newborns.

“I wondered what would happen if we could help these mothers create their own lullabies for their children,” said Cabaniss. “What kind of bond would that forge?”

Ten years later, Carnegie Hall’s Lullaby Project has a network of partners — including CU Boulder — across the globe. From Slovakia to Alaska, each iteration is unique. Some partners work with mothers in birthing centers, others in correctional facilities.

“The diversity of lullabies themselves can be so wide, and the expressions of the project can be equally wide,” said Cabaniss. In 2017, he had been toying with the idea of finding a research partner when CU’s Reneé Crown Wellness Institute and the College of Music’s Entrepreneurship Center for Music called, asking about the project. He was thrilled. 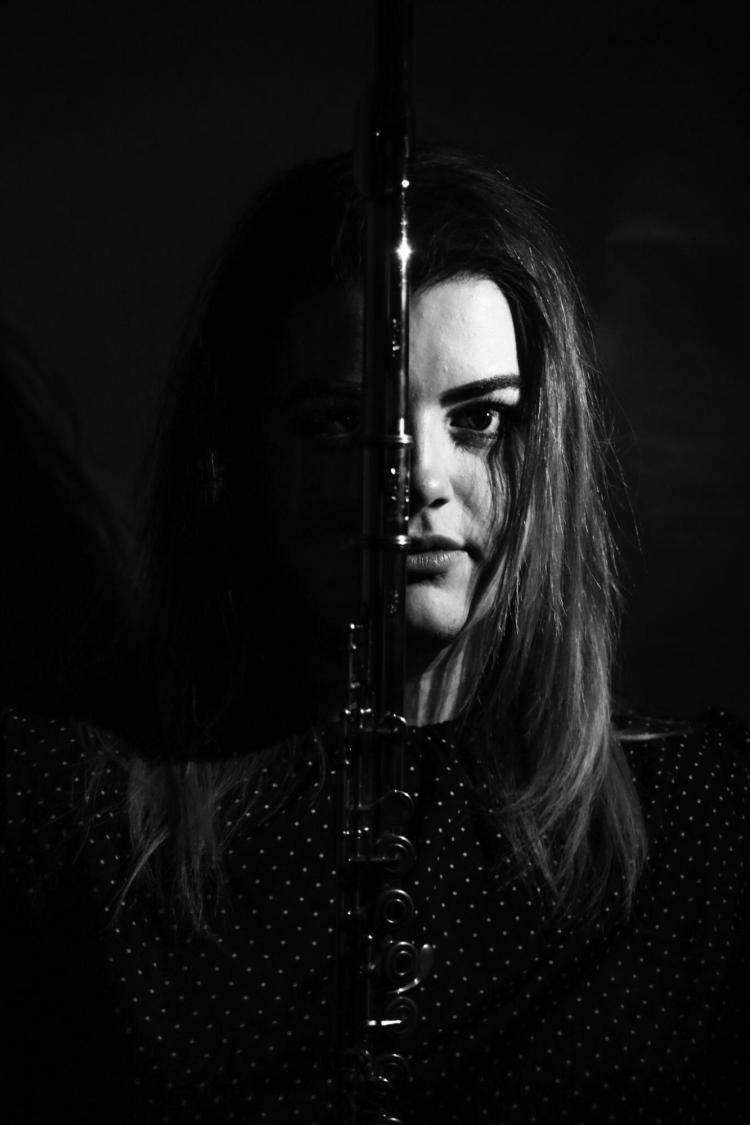 Together, they formed the Colorado Lullaby Project. The pilot program kicked off in 2020 under the direction of Grace Law (MMus’21), a graduate assistant with the Entrepreneurship Center for Music, with the help of Anne Fritzon (MPsych’20; PhD’24), a graduate student in clinical psychology.

Under the project’s model, student musicians help parents write the music, while the Crown Institute studies the effects of lullabies on the parents’ mental health, wellness and social connections.

Lullaby creation takes place over several sessions with the child’s mother, father or guardian and involves the creation of musical motifs, lyrics and melody.

Ornitz knew she wanted an Americana vibe in her song — an acoustic, roots-style tune that felt rustic and homey. From there, they began weaving relevant details into the lyrics. Though she doesn’t identify as a “creative person,” the team made the songwriting process accessible through various creative exercises.

For example, the team often asks parents to write a letter to their child. The personal nature of the letter helps give the artists insight into the parents’ world and shapes the lullaby’s message.

In Zoe’s “Little Wild Thing,” the “Viking girl” symbolizes a phase where she made little growling sounds. “My husband called them her ‘Viking noises,’” said Ornitz.

The song goes on to reference various animals, a nod to Ornitz’s occupation as a veterinarian and her daughter’s beloved stuffed animal collection.

The term “lullaby” is used broadly for the songs. “It doesn’t always have to be very calm and soothing. Some parents end up writing something upbeat to get their kids focused. It’s flexible, and they don’t have to fit in some certain box,” said Law.

This was true for Ornitz. “We kind of decided we wanted it to be a wake-up, happy type song,” she said.

“It's an equal collaboration, but we really try to empower the parent to create something that reflects what they want,” said Law.

Ultimately, the project is rooted in empathy — creating a lullaby with a parent is a practice of deep listening.

This gave parents something to be excited about and to look forward to. Many felt like they were strengthening the relationships with their families and their kids.”

Pivoting During a Pandemic

The university’s pilot season of the Lullaby Project was scheduled to kick off during the 2020 spring semester — until COVID-19 hit.

“We were slated to have all of our sessions in person,” said Law. “Once the pandemic happened, our team was still determined to make it work.”

They quickly reworked the model. Instead of meeting with mothers in person at birthing centers, everyone tuned in via Zoom, sometimes with team members logging in across the country.

“We had to think about how to imitate an in-person musical experience through the internet, still have it be engaging and still have people feel like it was a really gratifying experience,” said Law.

CU was the first national or international partner to implement the project digitally. Some parents even expressed a preference for the virtual model.

“It’s much more equitable in a way that parents don’t have to travel, and they don’t have to find child care. They can do it from the comfort of their own home, and they feel really comfortable,” said Law.

Nearly all caregivers who completed the program reported a positive experience with the Lullaby Project at CU.

Researchers from the Crown Institute found families showed improvements in social connections and decreased loneliness. The lullabies also improved symptoms of depression and anxiety. Many parents reported the lullaby had a positive impact on their relationships with children, partner or family.

“Throughout the pandemic, there’s been a collective sense of hopelessness,” said Law. “This gave parents something to be excited about and to look forward to. Many felt like they were strengthening the relationships with their families and their kids.”

“Especially with COVID and the challenges of being a new mother, the project made me feel special,” said Ornitz.

The Colorado Lullaby Project has served over 60 families to date. Law plans to make this program available every fall and spring and have continuous enrollment for both students and parents or guardians to be engaged in the project.

“This is going to be a long-standing program for us,” said Law. “Our plans are to really hone in how we’re doing it here and be able to spread it to other universities to reach more families.”

We stock our shelves with books and pills intended to make us happy, but CU psychologist June Gruber warns that too much of a good thing can backfire. END_OF_DOCUMENT_TOKEN_TO_BE_REPLACED

For years, the Taliban banned music in Afghanistan. Now the country has its first all-female orchestra — and Allegra Boggess to thank. END_OF_DOCUMENT_TOKEN_TO_BE_REPLACED