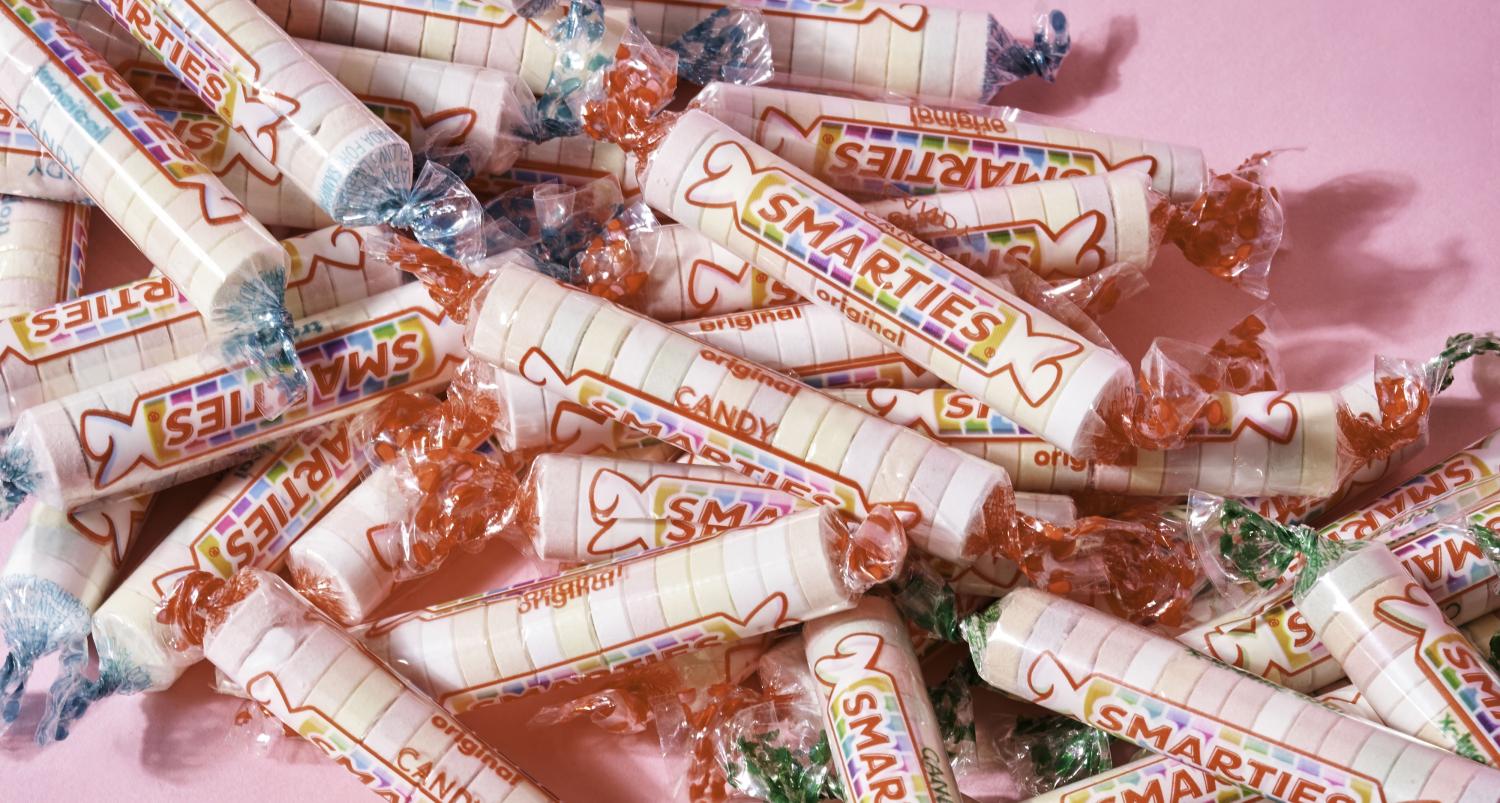 As a CU undergrad, Jessica Dee Sawyer (ArtHist’03) studied the bold black lines of Piet Mondrian and Wassily Kandinsky’s striking use of color. When it came time to redesign the logo and packaging for Smarties, the beloved crunchy candy pellets that have remained unchanged since the 1950s, Jessica tapped into her background as an art history major.

Jessica, along with her sister, Liz Dee, and her cousin, Sarah Dee, is co-president of the Smarties Candy Company, with factories in Union, New Jersey, and Newmarket, Ontario. (In Canada, the candy is called “Rockets.”) They are the third generation to helm the iconic brand.

Jessica’s grandfather Edward Dee moved to the United States from England in 1949 and started the company, known then as Ce De Candy. Edward came from a family of candymakers, so Jessica is actually a fifth-generation candymaker.

Michael Dee, Jessica’s dad, and Jonathan Dee, her uncle, are known to the current leadership as “the dads.”

“I always wanted to work with my dad. And the dads always hoped we’d end up running the company,” Jessica said. “The dads had an unwritten rule that you had to work outside the company for at least a year.”

“Our dads ran the company for so many years. We wanted to put our own stamp on it.’”

Jessica spent that year working at the Denver Art Museum. But she was eager to join the family business, returning to New Jersey to work at the factory the next year. Liz and Sarah followed soon after in 2005. On-the-job training meant working machines, doing order entry and digging into research to understand the inner workings of the company.

“We did everything. Sarah was driving a forklift. We would dig through the accounting files to figure things out. We asked a lot of questions,” Jessica said.

Soon, each of them gravitated to the area they were most interested in, creating a division of labor. In 2017, they became co-presidents, with Jessica in charge of sales, HR, design and logistics; Sarah heading up production and operations; and Liz running food quality and safety and communications.

“I got more involved in packaging and design and hired an in-house artist,” said Jessica. “Color was the thing I was most interested in and how it plays into packaging for brand recognition.” 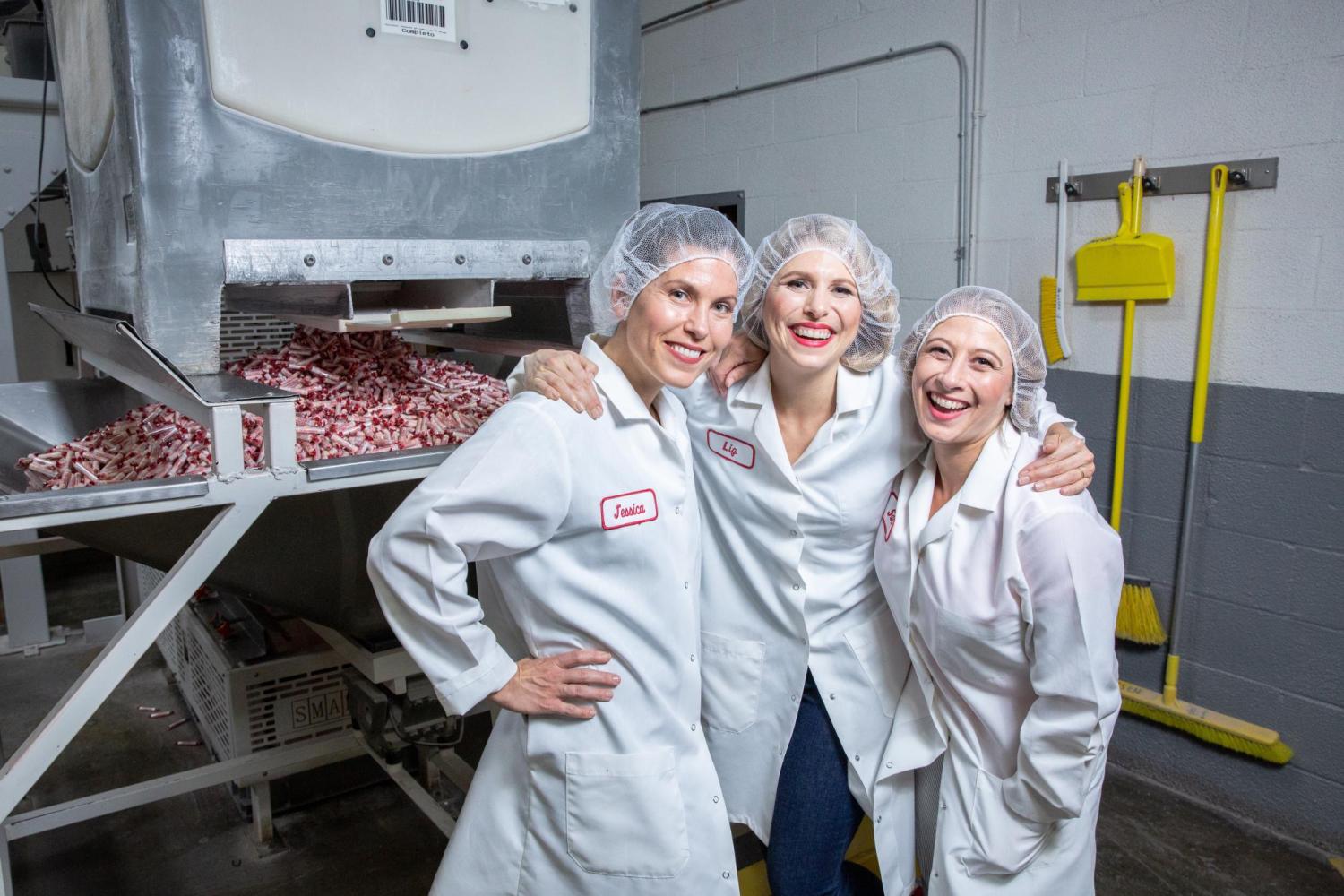 Since the company reins were handed over to the next generation, the dads have stepped back a bit, though they remain with the company as executive vice presidents and still serve on the board.

“They have offices on site,” said Jessica, “but for the most part work remotely.”

Before Jessica’s grandfather died last year at age 95, he would come into the factory every day.

“He’d give us a report from the floor,” she said. “He was our eyes and ears.”

While the brand has added products, like tropical and sour flavors and a popular megaroll, the flagship product’s recipe hasn’t changed since 1949, when the first pellets came out of the presses (the original machine was a repurposed World War II gunpowder pellet press). Billions of rolls are produced each year, and the factory runs 24 hours a day.

Still, the new presidents recognized the brand needed a makeover.

“We like retro, but it was feeling a little bit too retro,” Jessica said.

They studied the shape and twist of the plastic packaging — “We looked at so many twists!” — and added a tiny wink in the twist and in the “R” in the Smarties logo.

“It’s like a smile,” she said. “Our dads ran the company for so many years. We wanted to put our own stamp on it.” 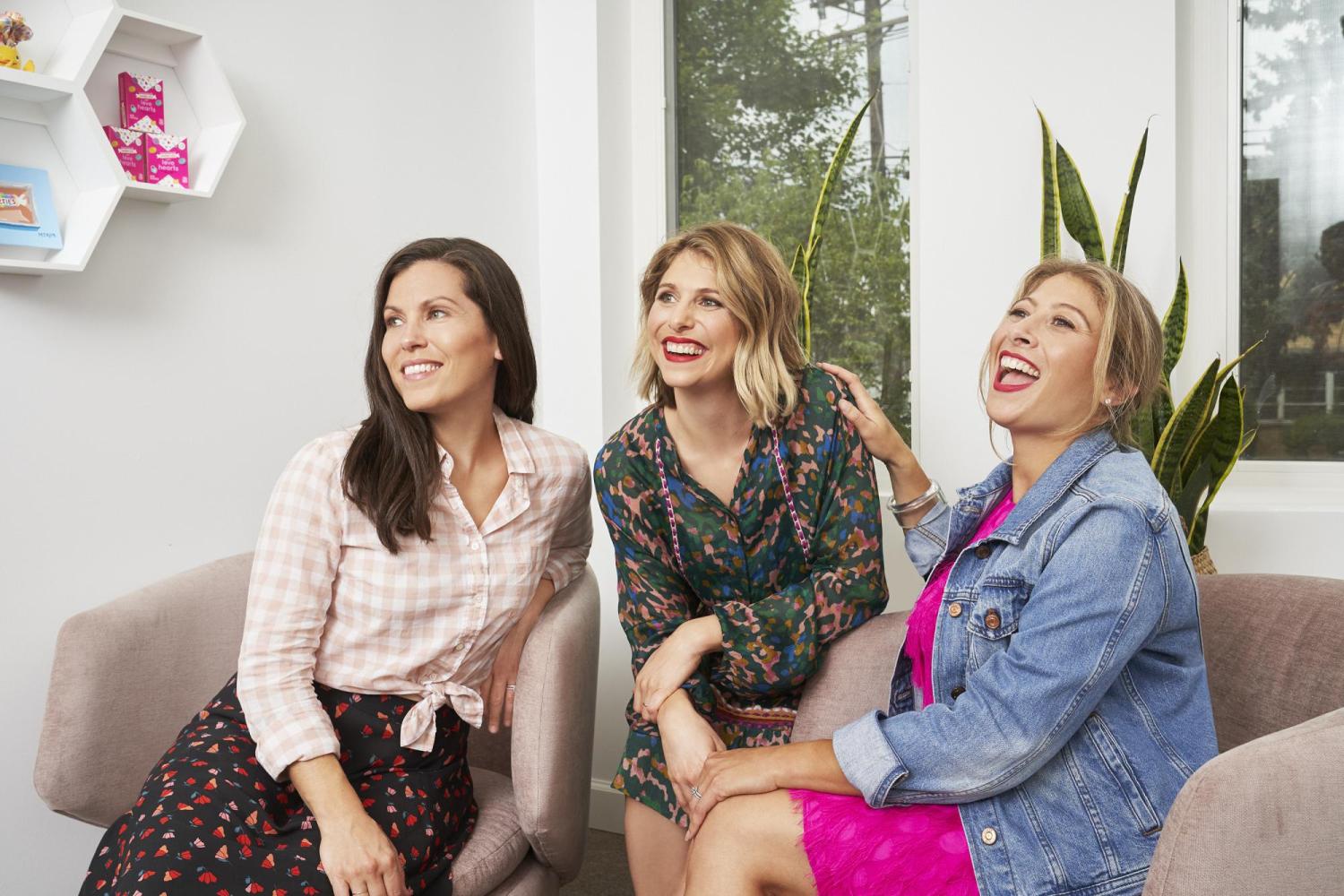 Before the new generation took over, the company’s files were paper and stored in filing cabinets. The women overhauled the system by making files digital, creating an accounting system and hiring an IT person.

They also added 2,000 solar panels on the roof of the New Jersey factory, next to the giant silo where some 50,000 pounds of dextrose is blown in each day. The solar panels offset half the factory’s energy usage.

“We feel so lucky to do what we do every day and to work with family,” Jessica said. “The best part is knowing we bring joy to people.”

Since the 1990s, Smarties has also had a heart-shaped candy in its line, and when the Necco company ceased production of its popular Sweethearts candy, Smarties Love Hearts filled the space on the Valentine candy shelf. The new presidents updated the sayings stamped on the hearts with “YOLO,” “On Fleek” and “Text Me.”

In 2019, to celebrate the company’s 70th anniversary, Smarties added a gummy-like candy called Squashies to its line. With flavors like raspberry and cream, Squashies are made in England by the Swizzels company, which is, incidentally, run by the son of Jessica’s grandfather’s cousin.

“My kids love them. I can’t keep them in the house,” she said.

Sawyer lives in New Jersey with her husband, Donald (Hist’05), who she met at CU. They have two kids, Madeleine, 7 (“like the cookie”), and Theodore, 4, who act as taste testers for new products.

“Kids are honest,” Jessica said. “They say whatever they want.”

Jessica hopes the company will continue to remain a family business for many years to come.

“We feel so lucky to do what we do every day and to work with family,” Jessica said. “The best part is knowing we bring joy to people.”