Jessica Gilman takes to the skies to understand how unprecedented wildfires and the global pandemic are changing the climate and affecting our health.

When Colorado went on lockdown last March, Jessica Gilman (PhDChem’06) was in her lab analyzing air samples from wildfire plumes. Gilman had spent the previous summer in a plane, dive bombing into wildfire smoke to understand its chemistry and how it can affect human health.

Gilman, a research chemist at Boulder’s National Oceanic and Atmospheric Administration (NOAA), put the work on hold when the organization ordered all its scientists to quarantine at home indefinitely. But as the shock of the situation wore off, Gilman realized the global pandemic had created an unprecedented scientific opportunity to study the atmosphere, climate change and human health when there were hardly any cars on the road or planes in the air. It was a situation that only a few months earlier would have been entirely unimaginable.

“It was this big national experiment that nobody anticipated or wanted,” Gilman said. “You have to try to take advantage of these really terrible situations for future benefit.”

Gilman’s expertise is in volatile organic compounds, or VOCs, a gaseous class of molecules released by everything from forest fires and car engines to hairspray and freshly cut grass.

“Nearly every decision we make involves VOCs,” Gilman said. “They really are just surrounding us on a daily basis.”

Some VOCs, like benzene and the particulates produced by wildfires, are directly harmful to human health. But all VOCs, including oil-based and naturally occurring compounds in deodorants, cleaning products and fragrances, react with sunlight and gases from cars and other combustion engines in the atmosphere to create ozone and particulate matter, the main ingredients in smog.

The pandemic created an environment that was almost like taking a time machine to the future. Chemically speaking, taking all the gas guzzlers off the road is comparable to replacing them with electric vehicles. This would trigger a dramatic drop in greenhouse gas and smog-forming emissions from combustion engines, which is a critical element in mitigating climate change and improving air quality. But at the same time, people’s consumption habits were changing as they sheltered at home. They were using more hand sanitizer and cleaning products, for example, which produce a lot of VOCs.

In the atmosphere, vehicular emissions interact with VOCs in complex and often surprising ways, and Gilman wanted to understand how this dramatic shift in human behavior affected atmospheric chemistry.

“You have this different mix of VOCs,” said Gilman, who lives in Boulder. “We don’t know yet how that affects ozone or particle formation differently than a more traditional mix.”

It may be hard to believe that hand sanitizer and other common products like paints or perfumes could be a significant variable in climate change and public health, but it’s even harder to argue with the data. Car engines were once the dominant source of VOCs, but according to Gilman’s research, a number of regulation changes and technological advances over the past few decades has lowered vehicular VOC emissions significantly.

In 2018, Gilman and her colleagues discovered that consumer products like hairspray and deodorant are producing nearly half of all VOC emissions that create ozone smog in urban areas.

“Air pollution is a result of emissions from both human activities and natural sources,” said Brian McDonald, a research scientist at the Cooperative Institute for Research in Environmental Sciences (CIRES). “The reason we need to understand the types of things that Jessica measures is to know what emission sources are getting into the atmosphere.”

So while most of the U.S. was quarantined at home, Gilman and her colleagues at NOAA went to work. She designed an experiment to collect air samples around the clock near the NOAA lab in Boulder and help analyze samples collected from a small plane doing laps over New York City. Gilman fed the air samples into custom-built instruments in her lab that acted like robotic noses, sniffing out the different chemicals in Gilman’s atmospheric cocktails, showing how atmospheric chemistry was changing by the minute.

The experiment went well for the first few months of the pandemic — until the wildfires started.

Gilman has spent a lot of time around wildfires, but even she has never seen anything quite like the blazes that consumed the Western U.S. last summer. In many states — including Colorado — the 2020 wildfire season was the most devastating on record. The wildfires burned a combined area larger than Connecticut and left a thick haze hanging over the entire West Coast for weeks. The smoke in Colorado quickly overwhelmed Gilman’s local measurements for COVID-related changes in VOC levels, so she pivoted the experiment to study the wildfires until they died down. 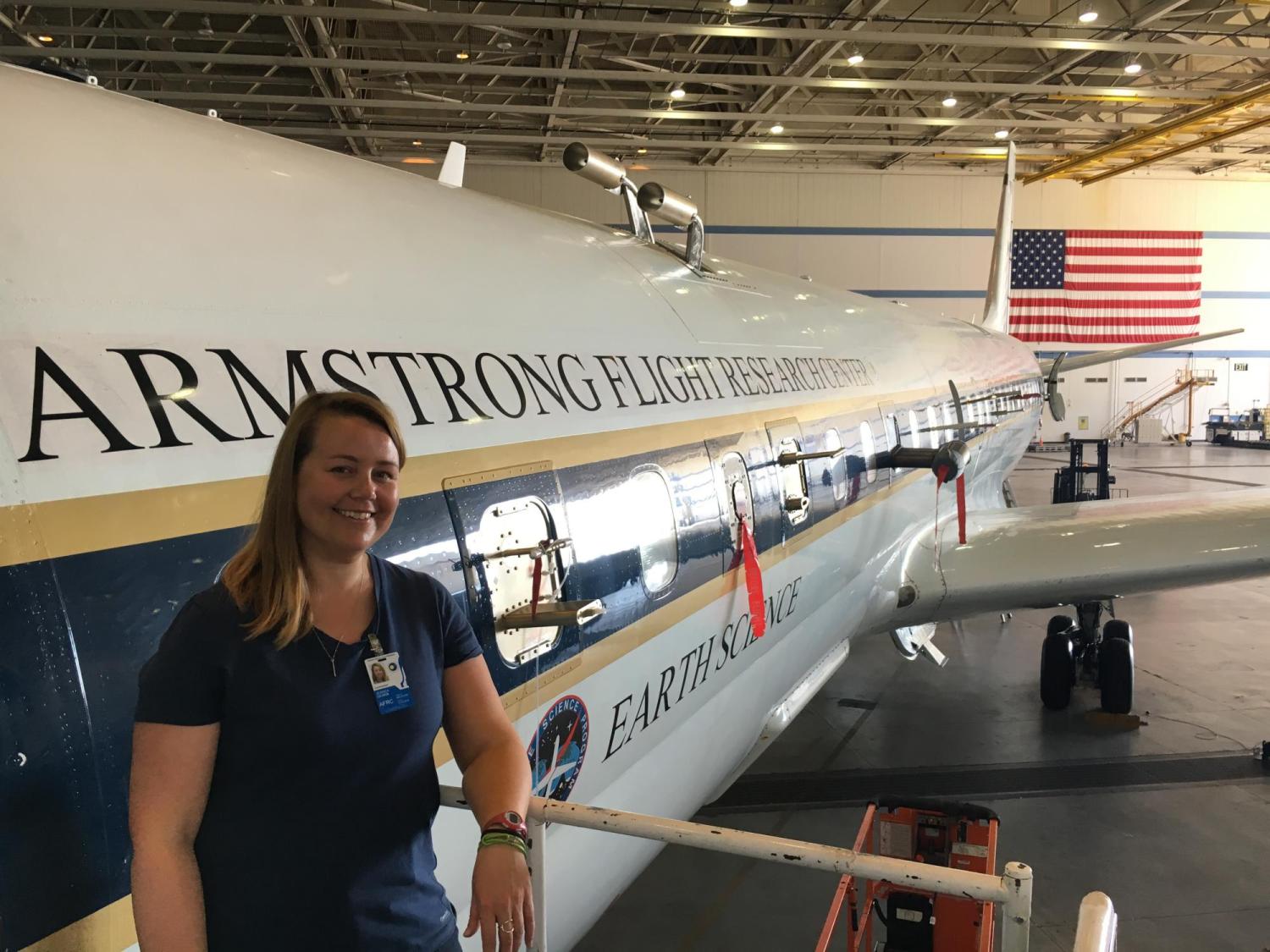 Gilman knows the grim effects wildfires have on air quality. In 2019, she spent her summer dive bombing in and out of wildfire plumes in an old passenger airliner converted into an aerial laboratory. The program was a joint experiment by NASA and NOAA to study the impact of wildfire smoke on air quality in order to improve weather and climate forecasts. Scientists from around the U.S. flew over 100 fires collecting air samples and studying the blazes with sophisticated instruments packed into the body of the plane. Gilman participated in five flights before she returned to Boulder to analyze the samples.

Each mission started at a National Guard hanger in Idaho, where Gilman and three dozen other scientists spent several hours calibrating their instruments in NASA’s winged climate lab. When the instruments were prepped, the scientists flew up to eight hours at a time to the largest wildfires burning in the Western U.S. Once they were in range of a fire, the pilots swung the jet low through the smoke plumes so Gilman and her team could collect samples. The air was pumped in through specially designed window plates outfitted with large, straw-like inlets connected to bespoke air storage containers inside the plane for storage.

It’s not a comfortable ride between the quick aerial maneuvers, turbulence, heat and smoke. Often, it smelled like someone was burning a campfire right in the fuselage, Gilman said.

“It can be really stressful when you’re on one of these air campaigns,” said Gilman. “It’s dark, it’s hot, it’s really bumpy and you’re doing all this crazy maneuvering. You’re just toast by the end of the day.”

Yet Gilman said it was this kind of fieldwork that attracted her to atmospheric science in the first place while obtaining her PhD at CU Boulder. After she completed her doctorate, she became a researcher at CIRES in 2006 and joined NOAA as a federal scientist in 2016. Since then, she has spent time monitoring air quality from ships in the Arctic Ocean to remote forest research stations.

For the past 15 years, Gilman’s research on VOCs has been a valuable contribution to our understanding of the complex relationships between human activity and climate change. Gilman and her team are still parsing the data from both the 2020 wildfire and COVID experiments. But one surprising result they found, she said, was that the pandemic roughly halved the amount of VOCs and primary pollutants from car engines in Boulder’s atmosphere compared to previous years, but the effect on ozone levels in many cities — including Boulder — may not have changed or even increased due to complex chemical effects.

Their research will be critical for making informed decisions about how to keep people safe in our climate-changed future.

“This shows the impact that humans have on the atmosphere and gives us the sense that we can change the trajectory,” she said. “I hope what we learned from COVID will help improve the choices that are made in the future to keep the air quality gains.” 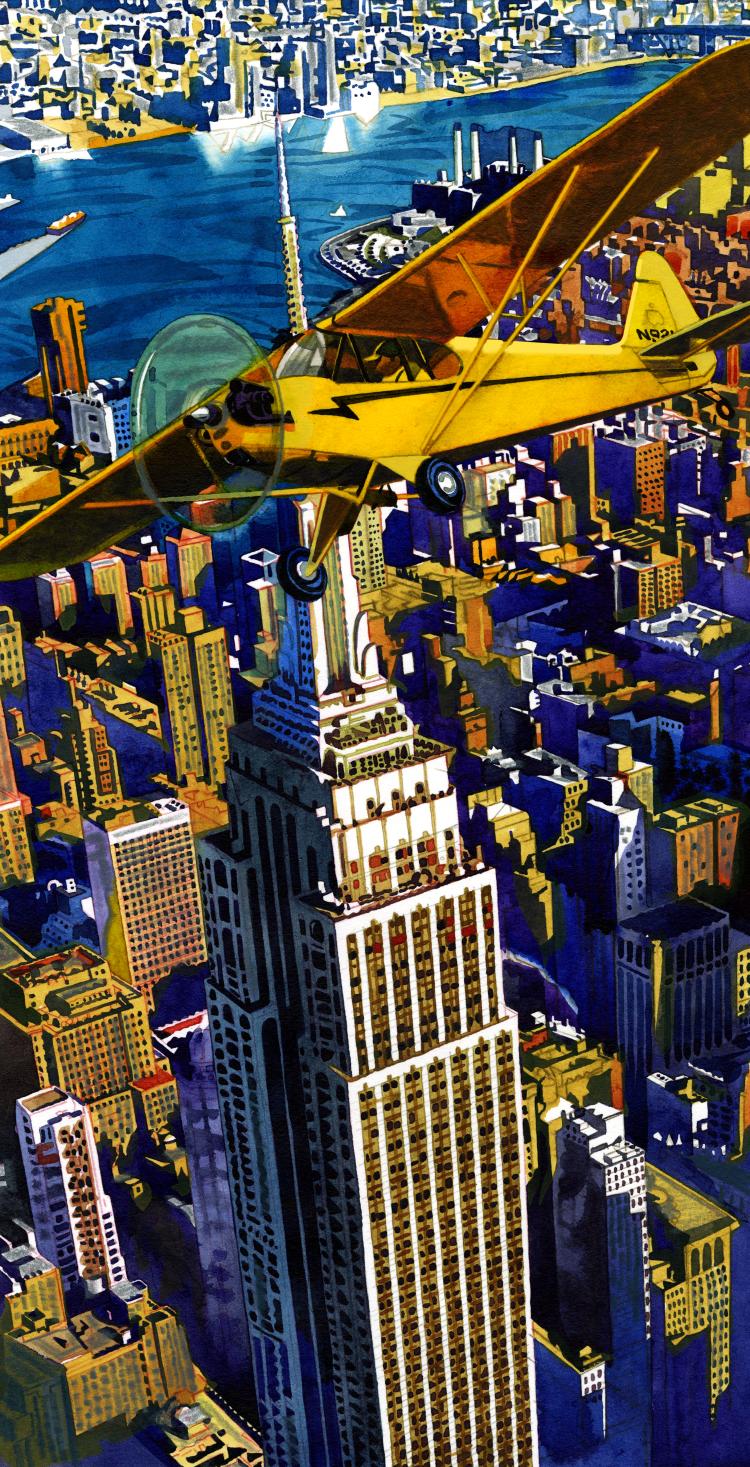 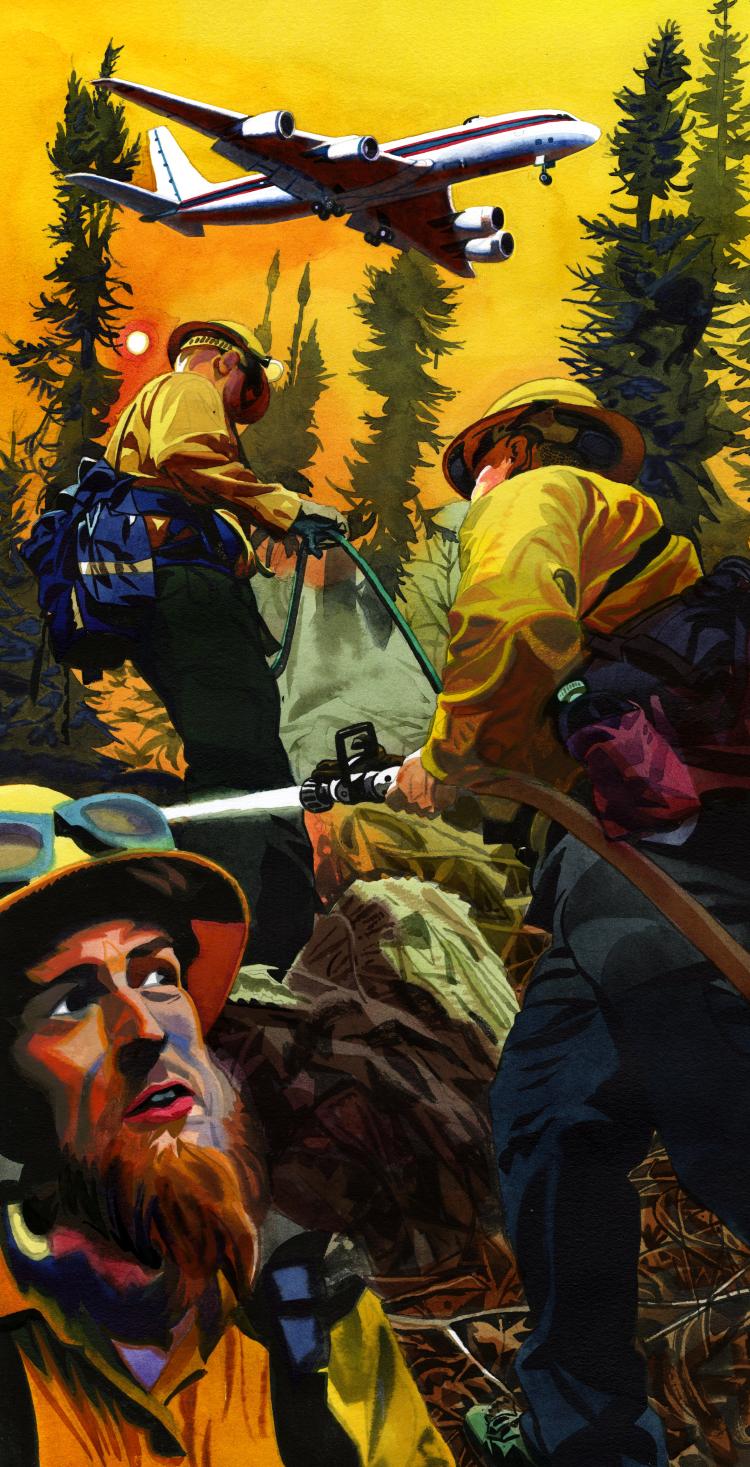