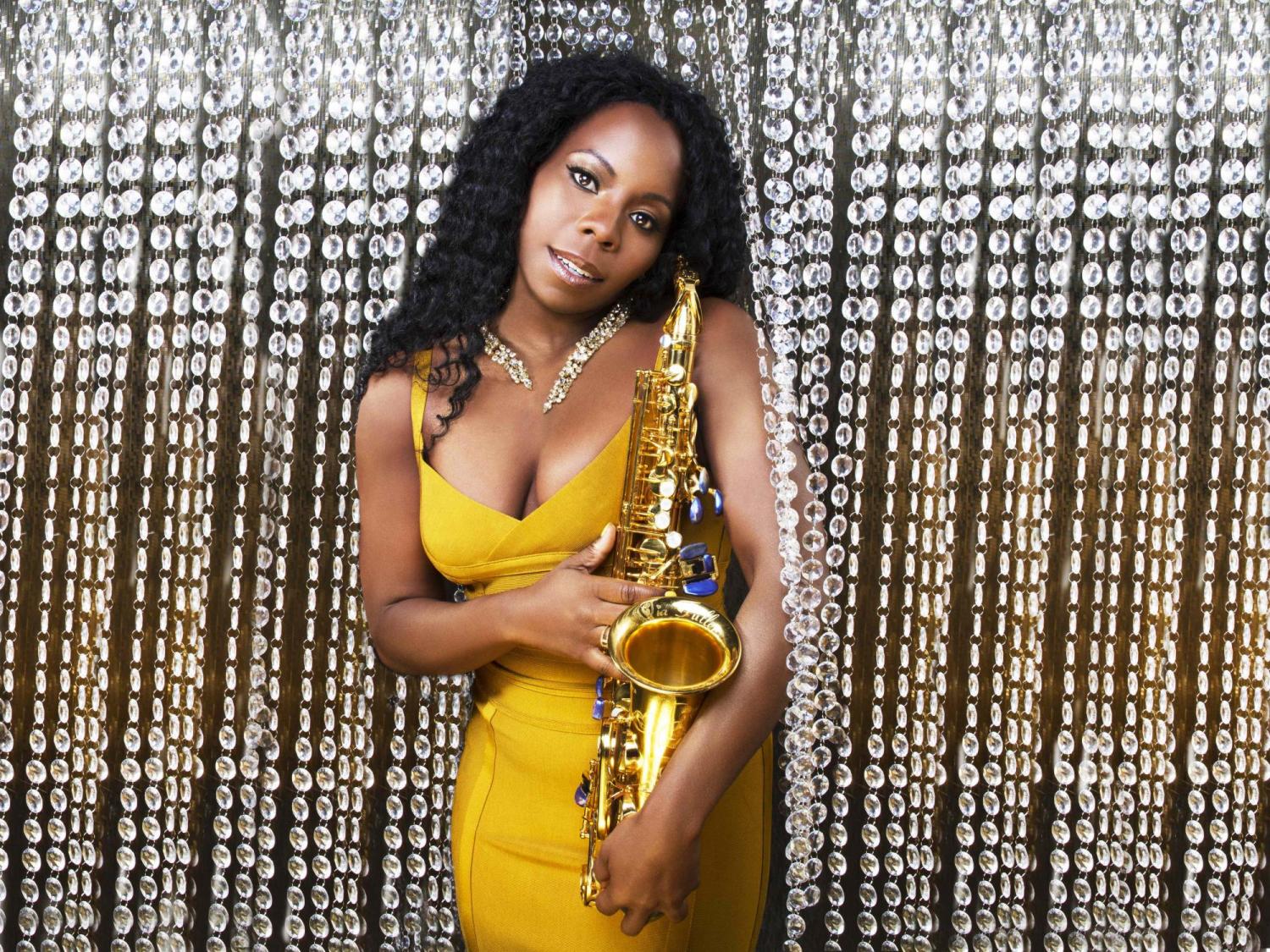 From Beyonce to Pixar, Tia Fuller shines her light on jazz.

Soon after Tia Fuller (MMus’00) vamped the red carpet at the Grammy Awards in March 2019, she got a call from a casting agent representing the animated Pixar film Soul.

“They were looking for a saxophone player to play the music for a character (Dorothea Williams) who is a ‘badass’ and has her own band in New York that every musician wants to be a part of — which was ironic,” said Fuller, because her own quartet got its start in New York, and she, too, has a strong presence in the jazz community.

Without missing a beat, Fuller jumped at the chance. For her ensemble role in Soul, Fuller flew to Los Angeles. “We received the music, rehearsed for a moment and then recorded it on the spot,” she said. “I thought, ‘Oh man, this is major! This is where all the work and the sacrifice, hustle — all of the tools we’ve developed over the years — come together. It is a blessing that I have this opportunity.’”

While the Soul story was powerful for Fuller, she also celebrates Pixar’s commitment to cultural authenticity.

“The story is deep,” she said. “It challenges us to look at our purpose and our spark. It really tapped into the essence of my life, and many of our lives as artists — especially now.”

Fuller has known since she was 23 years old that her purpose is to “be light for others.”

As a rising-star performer and educator, she illuminates the jazz world. Back in 2006, she cut a very long audition line to earn a coveted spot in Beyonce’s all-female touring band. With her fifth LP, Diamond Cut, she became the second-ever female artist to be nominated for Best Jazz Instrumental Album. Today, she holds a full-time professorship at the esteemed Berklee College of Music, while continuing to record and tour.

But to live her truth, Fuller can’t improvise. “With every decision, I ask myself, ‘Who am I helping? How am I tapping into my purpose? Is this in alignment with my crystallized vision for myself?’” Most of the time, the answer is “Yes.”

“With every decision, I ask myself, ‘Who am I helping? How am I tapping into my purpose? Is this in alignment with my crystallized vision for myself?’”

Like Joe, the main character in Soul (played by Jamie Foxx), Fuller’s parents were public school teachers. They rehearsed in the basement and played gigs on weekends, while both becoming assistant principals with Denver Public Schools.

“I’m from a spiritual and praying family,” she said. “There’s a saying that’s been etched into my psyche since I was 3. It’s on a poster that’s still on my bedroom door: ‘If you can imagine it, you can achieve it. If you can dream it, you can become it.’ When I asked my mother later, she said that she was positively brainwashing us!”

“In honoring that each student learns differently, it is always my goal to present material at least three different ways,” she said.

About the relationship between performing and teaching, Fuller said, “I think one complements the other. In performance, we are in a state of transcendence of communication, spirit and creativity. Teaching is a mirror; it allows for us to truly reflect on our process, and then articulate it to others.”

Fuller tells her students, “Music teaches life skills. It’s an aural art form that activates seamless communication and interaction. When we go beyond playing the notes and melodies and tap into the self, we become vulnerable and transparent. We are able to inspire and empower each other in a metaphysical way.”

Listen to an interview with Tia Fuller on Colorado Public Radio.