Home Class Notes Books By Alums All Politics Are God’s Politics: Moroccan Islamism and the Sacralization of Democracy

All Politics Are God’s Politics: Moroccan Islamism and the Sacralization of Democracy 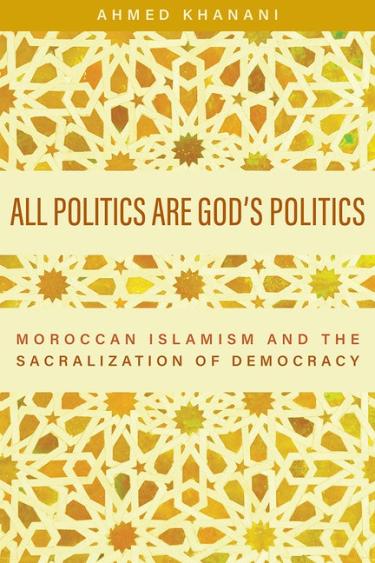 Contemporary mass media descriptions of Muslims often suggest that Islam and Muslims are fundamentally undemocratic. Policy-makers in the West have weaponized these descriptions in attempts to legitimize anti-Muslim right-wing policy developments across the West and in the United States in particular, from surveillance in the aftermath of 9/11 to the anti-Islamic travel ban of 2017. But are Muslims undemocratic? Ahmed Khanani argues that this is not the case. In All Politics are God's Politics, Khanani shows that in fact, the opposite holds true: for socially conservative, politically active Muslims (Islamists), democracy or dimuqrāṭiyya reflects and extends their religious values. By drawing on conversations with over 100 Islamists in Morocco, this book enables readers to understand and appreciate the significance of dimuqrāṭiyya as a concept alongside new prospects for Islam and democracy in the Arab Middle East and North Africa (MENA). Khanani's in-depth analysis of the Moroccan case brings these Islamists and their attending political views to the forefront.

Unfolding in a region marked by upheavals and academic inability to diagnose significant political developments, All Politics are God’s Politics contends that by attending to ordinary language everyday citizens use, one can in fact begin to accurately understand politics. Readers will discover that by connecting Islam to dimuqrāṭiyya, Islamists alter the meanings of both Islam and dimuqrāṭiyya, broaching new, democratic forms of Islam and rendering the everyday practices of dimuqrāṭiyya, like protesting electoral violations, protecting freedom of speech, and voting sacred.