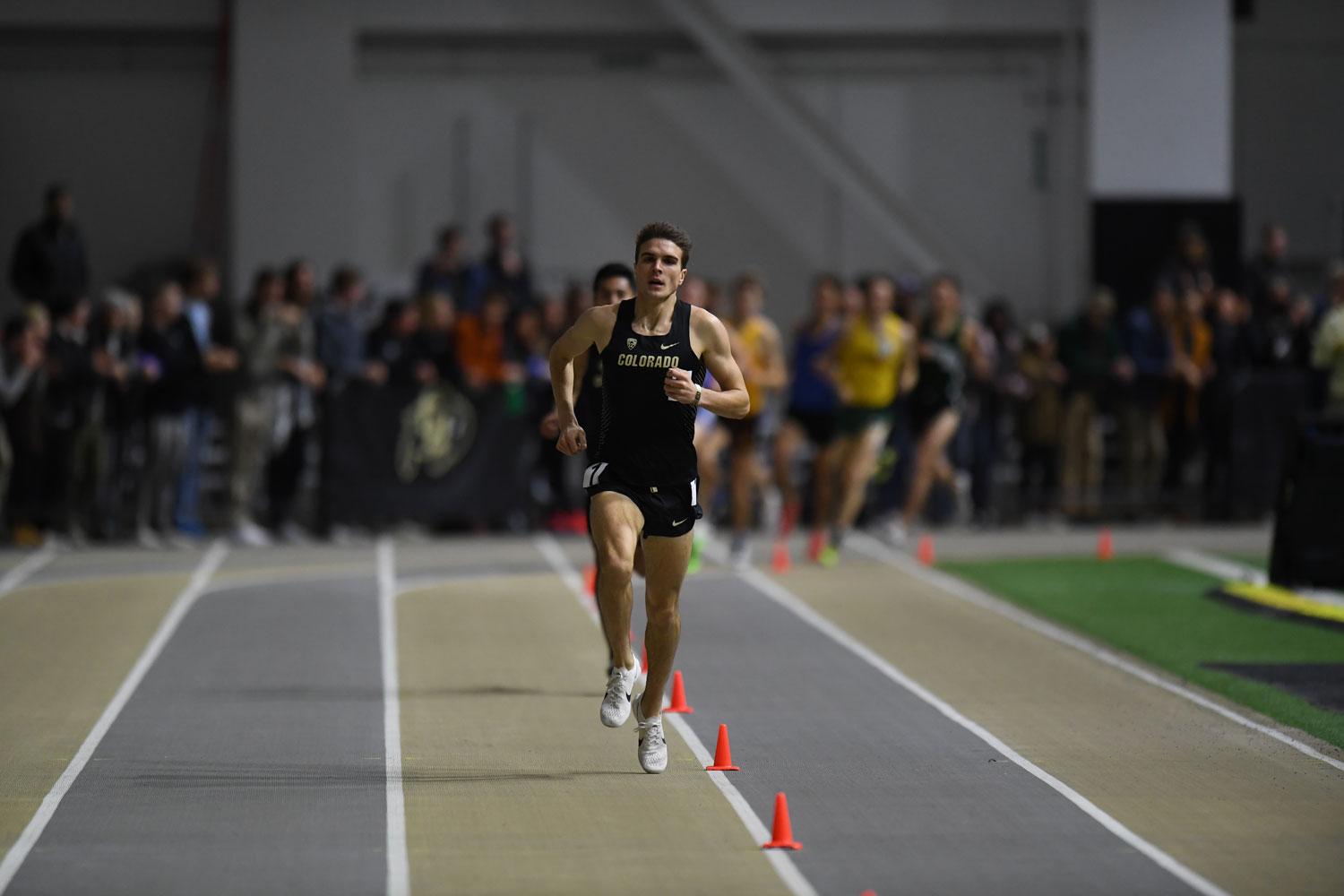 Joe Klecker’s (BioChem’20) mom made the 1992 Olympic team. His dad holds the U.S. 50-mile ultramarathon record. His five siblings run. Running is in his blood.

He broke both of these marks, earning him Minnesota Boys Track and Field Athlete of the Year. CU Boulder presented new challenges — biochemistry and Division I competition. He contemplated the next half-decade.

“I was stubborn, trying to always work harder,” Klecker said. “[Coaches] Mark [Wetmore] and Heather [Burroughs] put my redshirt in perspective: Do you think you’ll be a better runner now or in five years? I listened to them.”

Wetmore joked about Klecker’s offseason leadership: “He will murder [teammates] if they come back out of shape.”

He runs 100 miles a week in the summer, including 20-mile treks up to Gold Hill and speed work for end-of-race sprints. But Klecker learned that fitness only goes so far.

“It’s about being a tactician,” he said. “You have to pay attention to the metrics: your heart rate, breathing, how you’re feeling.”

In May, Klecker announced he’s forgoing his additional year of spring eligibility, heading pro and will compete at the eventual Tokyo Olympic trials. Until then, he’s finishing his dental school application.

“Eventually when I’m done running, that’s the career I want to go into,” he said. “Like running, it’s a family thing.”