Home Fall 2019 Environmental Justice For All 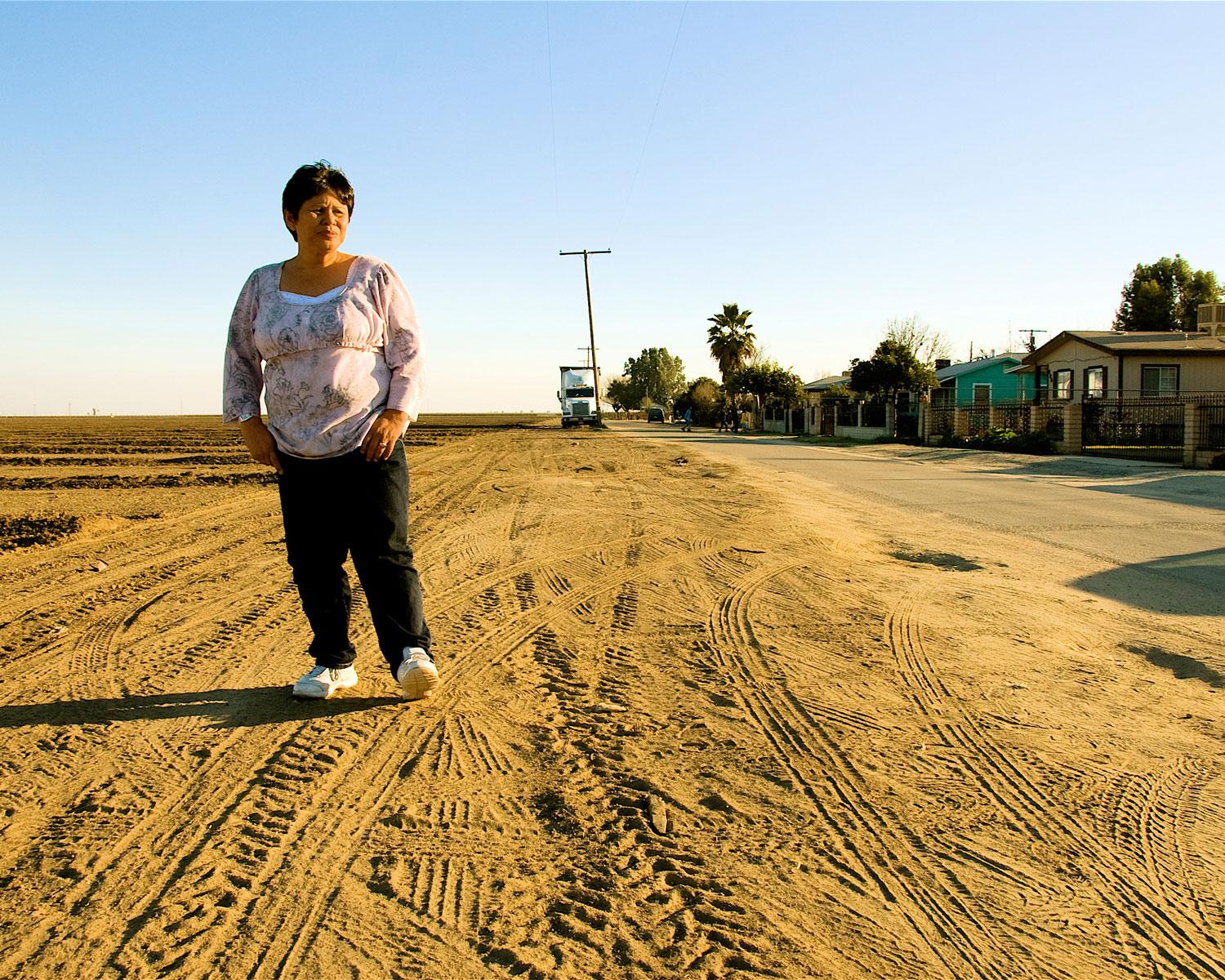 Teresa DeAnda near her home in Earlimart, Calif., where a pesticide drift incident sickened more than 250 people.

Teresa DeAnda had just gathered her family for dinner in the backyard of her modest home in California’s Central Valley when her eyes and throat began to burn.

At first, she joked that her homemade salsa must be too spicy.

Then things took a serious turn.

All across the dusty farm community of Earlimart, residents began to fall ill that warm evening in November 1999. Some vomited or felt short of breath. Many called 911.

“People were scared,” said CU Boulder sociologist Jill Harrison. “No one knew what was happening.”

By the time Harrison interviewed DeAnda two years later as part of her doctoral research, the mystery had been solved: Earlimart residents, including DeAnda, had been exposed to a toxic fog of metam sodium, an agricultural pesticide that had drifted into town after application on a nearby field. Ever since, the working-class, largely Latino community had been afflicted by a wave of miscarriages, cancer diagnoses, asthma and birth defects.

While it’s impossible to say how much that night’s exposure contributed to these health outcomes, DeAnda herself ultimately died, at age 55, of liver cancer.

“That experience really changed me,” said Harrison, looking at a photo of herself and DeAnda. “It made me realize that, not withstanding all the accomplishments made in terms of wilderness protection and improving air and water quality, there are still massive pockets of extraordinary environmental harm persisting in the United States. And race and class play a huge part in that.”

Since then, Harrison has traveled the country interviewing regulators, environmental justice workers, activists and industry stakeholders, asking this: Why, as the broader environmental movement has flourished, do people of color and the poor still face disproportionate exposure to environmental hazards?

Some people point fingers at industry. Others blame anti-regulatory conservatives.

Through her research, Harrison — who studies the cultural roots of environmental inequality — has pulled the curtain back on an uncomfortable truth: Well-meaning progressives working to solve environmental problems sometimes overlook, even exacerbate, the unique challenges facing vulnerable communities.

In 1994, President Bill Clinton took an important step toward environmental justice by signing an executive order instructing the Environmental Protection Agency (EPA) to implement policies to “achieve environmental protection for all communities.”

By then, people of color had been fighting for this for decades.

In an iconic 1982 battle, Warren County, N.C., residents lay down in front of a line of dump trucks delivering 60,000 tons of contaminated soil to the edge of a local neighborhood. Years earlier, truckers had been caught unlawfully disposing of oil laden with highly toxic polychlorinated biphenyl (PCBs), dumping it along the side of North Carolina highways. The state, with the EPA’s blessing, devised a plan to scrape it up and create a special landfill for it. Warren County residents saw it as no coincidence that their mostly black community, the poorest in the state, was selected for the site.

When the trucks arrived in September 1982, they met with hundreds of protesters. The delivery went ahead — but the protesters birthed a movement. 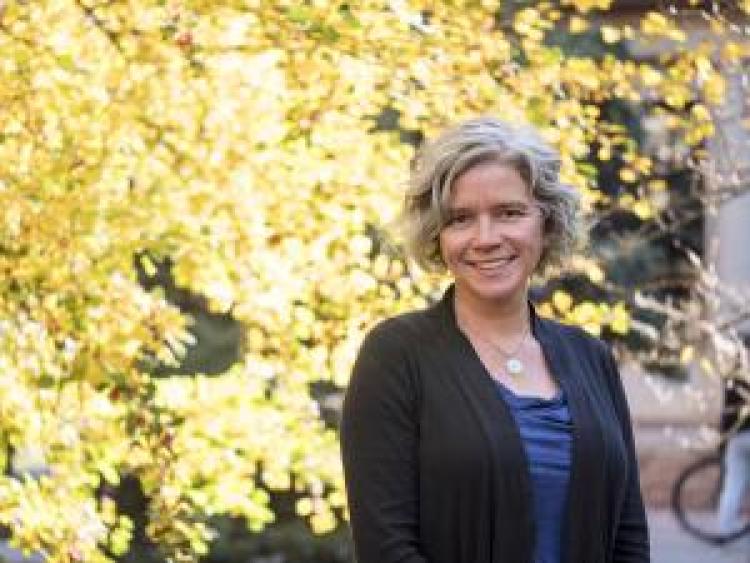 In 2014, news broke that residents of Flint, Mich., — which is mostly black and largely poor — had lead-contaminated drinking water.

In 2016, protesters showed up in force in Western North Dakota to decry the proposed Dakota Access Pipeline, which Native Americans viewed as a threat to their ancient burial grounds and water supplies.

More recently, studies have shown that Hispanics experience double the exposure to industrial chemicals like chlorine than whites do, and Latino school children are twice as likely as whites to go to schools near heavy pesticide use.

In 2018, the EPA’s National Center for Environmental Assessment published a study showing that poor people and people of color are exposed to as much as 1.5 times more airborne pollutants, often from factories, than their white counterparts.

“There has been a lot of attention paid to recycling and saving the redwoods,” Harrison said. “But the lived experiences of Indigenous people, people of color, and those who live in poverty have not been a focus of the broader environmental movement. I want to honor the good work that’s been done by the environmental movement while pointing out the gaps.”

“The lived experiences of Indigenous people, people of color, and those who live in poverty have not been a focus of the broader environmental movement.”

Harrison grew up in a middle-class white family in Southern California in the 1980s. As an undergraduate in development studies at the University of California-Berkeley, she initially set her sights on addressing social inequalities in Central America. Then she heard about pesticide drift.

“My attention had been so focused on other countries that I hadn’t even considered the inequality and suffering going on in my own state,” she said.

During her first interviews with DeAnda, a non-confrontational mother-and-grandmother-turned-environmental activist, Harrison listened in disbelief about that day in 1999.

A nearby farm had used sprinklers to douse the ground with the legal but toxic fumigant, assuming it would soak in. But the day was warmer and windier than expected. A tainted fog began to lift and drift.

At least 250 residents fell ill. Dozens went to the hospital, racking up bills that would take years to pay.

Some, including children and elderly women, were rounded up by emergency responders, taken to a school playground, told to strip down to their undergarments and hosed down before TV cameras.

California fined the applicator $150,000. Metam sodium remains in use today.

“This never would have happened this way in Beverly Hills,” said Harrison.

While environmentalists concerned about pesticides often prioritize buying and eating organically grown food (which is grown without pesticides but involves only about 1% of farmland), this step alone has done little to help low-income agricultural communities like Earlimart avoid pesticide drift, Harrison’s research suggests.

She advocates for pesticide buffer zones around schools and neighborhoods, greater restrictions on which pesticides can be used and how, and providing farm neighbors with drift catchers, small devices for monitoring the air for pesticide residue.

“Jill seems to be the only person studying this at all. Period,” said Emily Marquez, a staff scientist with the Berkeley-based Pesticide Action Network, which works to counter pesticide drift. “These frontline communities already know they’re being poisoned, but the general public isn’t aware.”

As far as other pollutants go, Harrison believes that, first and foremost, existing regulations should be strengthened to reduce the amount of environmental hazards in use. Regulations could also be more evenly enforced, assuring that industries in underprivileged areas are monitored and penalized as severely as those in affluent communities. And new regulations could make it harder for new polluters to move into places already overburdened with them.

And, as Harrison discusses in her new book, From the Inside Out: The Fight for Environmental Justice Within Government Agencies, the culture inside environmental regulatory agencies could be improved.

“Staff who have been tasked with trying to roll out environmental justice reforms face a lot of push-back from their own coworkers and, importantly, this pushback endures from one administration to the next,” said Harrison, who over the past eight years interviewed nearly 100 state and federal environmental regulatory agency employees.

“We need to reform regulatory practice so that reducing environmental inequalities is a top priority of government agencies,” Harrison said.

Government reform aside, she hopes her work will help people look beyond their own grocery cart or recycling bin, and reframe their notion of a “healthy environment.”

“Environmental justice requires fighting for things that might not benefit you directly,” she said, “and caring about people who live in places that might be very different from where you live.”

Wildfire is getting worse. A report from the front lines. END_OF_DOCUMENT_TOKEN_TO_BE_REPLACED 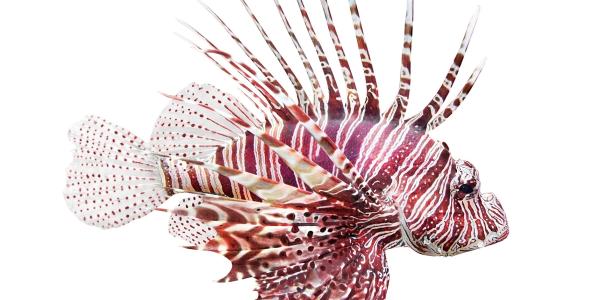 A CU alum takes on an invasive fish. END_OF_DOCUMENT_TOKEN_TO_BE_REPLACED 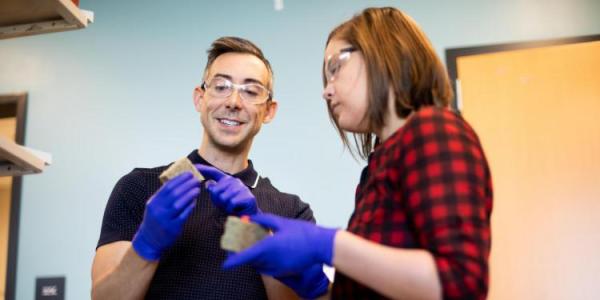 CU Boulder’s Wil Srubar found the bacteria to create buildings that grow, fix themselves and clean the air. END_OF_DOCUMENT_TOKEN_TO_BE_REPLACED