Home Class Notes Books By Alums Beyond 1776: Globalizing the Cultures of the American Revolution

Beyond 1776: Globalizing the Cultures of the American Revolution 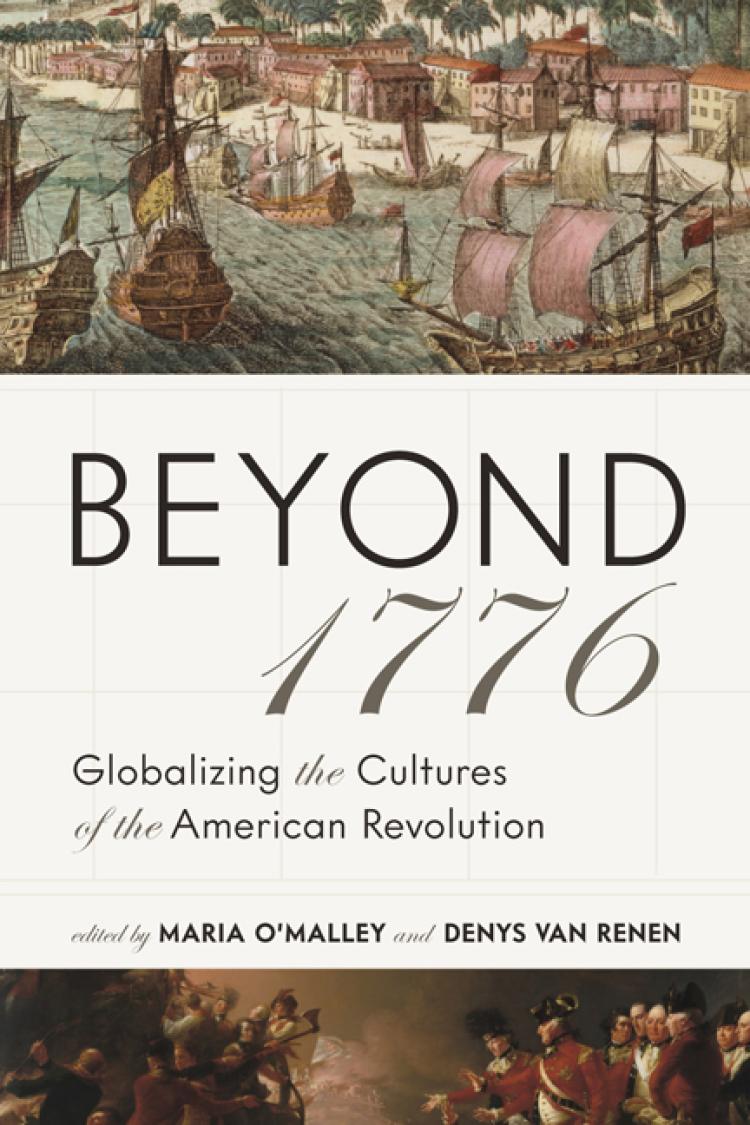 In Beyond 1776, 10 humanities scholars consider the American Revolution within a global framework. The foundation of the United States was deeply enmeshed with shifting alliances and multiple actors, with politics saturated by imaginative literature, and with ostensible bilateral negotiations that were, in fact, shaped by speculation about realignments in geopolitical power. To reanimate these intricate and often indirect connections, this volume uncovers the influences of people across disparate sites both during and after independence.

The book centers first on the migration of ideas across the Atlantic, particularly among intellectuals and through print. In this section, scholars focus on how various European countries or cliques appropriate the Revolution to reanimate an array of national, local, or cosmopolitan affiliations. The essays in the second section articulate how revolutions fostered surprising exchanges in, for example the West Indies and in the first penal colonies of Australia, along the Celtic fringe and Pacific Rim, and in the vast territories through which goods circulated. Taken as a whole, this collection answers the persistent calls from scholars to move beyond the boundaries defined by the nation-state or periodization to rethink narratives of U.S. foundations. The contributors examine a range of texts, from novels and drama to diplomatic correspondence, letters of common sailors, political treatises, newspapers, accounting ledgers, naval records, and burial rituals (many from non-Anglophone sources).

Beyond 1776 will appeal to scholars seeking to understand contact and exchange in the late eighteenth century. It indexes how different intellectuals in the period deployed the Revolution as a point of connection; follows the dispersal of print books, guns, slaves, and memorabilia; and evaluates literary responses to the new republic. The book puts in conversation scholars of literature, theater, history, modern languages, American studies, political science, transatlanticism, cultural studies, women’s studies, postcolonialism, and geography.

Maria is an Associate Professor at the University of Nebraska Kearney, where her teaching and research interests are colonial and early American literature, multicultural and transnational literature, poetry and Emily Dickinson.