Home Class Notes Books By Alums The Gang Paradox: Inequalities and Miracles on the U.S.-Mexico Border

The Gang Paradox: Inequalities and Miracles on the U.S.-Mexico Border 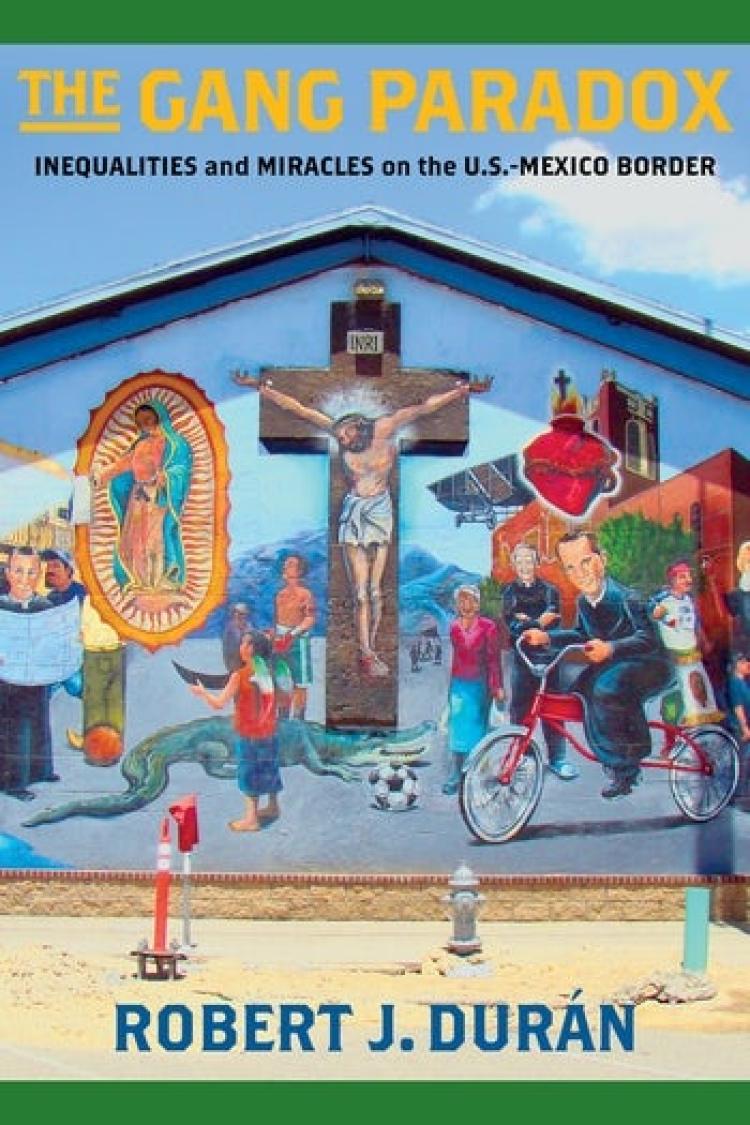 The areas along the U.S.-Mexico border are commonly portrayed as a hotspot for gang activity, drug trafficking, and violence. Yet when Robert J. Durán conducted almost a decade’s worth of ethnographic research in border towns between El Paso, Texas, and southern New Mexico—a region notorious for gang activity, according to federal officials—he found significantly less gang membership and activity than common fearmongering claims would have us believe. Instead, he witnessed how the gang label was used to criminalize youth of Mexican descent—to justify the overrepresentation of Latinos in the justice system, the implementation of punitive practices in the school system, and the request for additional resources by law enforcement.

In The Gang Paradox, Durán analyzes the impact of deportation, incarceration, and racialized perceptions of criminality on Latino families and youth along the border. He draws on ethnography, archival research, official data sources, and interviews with practitioners and community members to present a compelling portrait of Latino residents’ struggles amid deep structural disadvantages. Durán, himself a former gang member, offers keen insights into youth experience with schools, juvenile probation, and law enforcement. The Gang Paradox is a powerful community study that sheds new light on intertwined criminalization and racialization, with policy relevance toward issues of gangs, juvenile delinquency, and the lack of resources in border regions.

Robert J. Durán is associate professor of sociology at Texas A&M University. He is the author of Gang Life in Two Cities: An Insider’s Journey (Columbia, 2013).