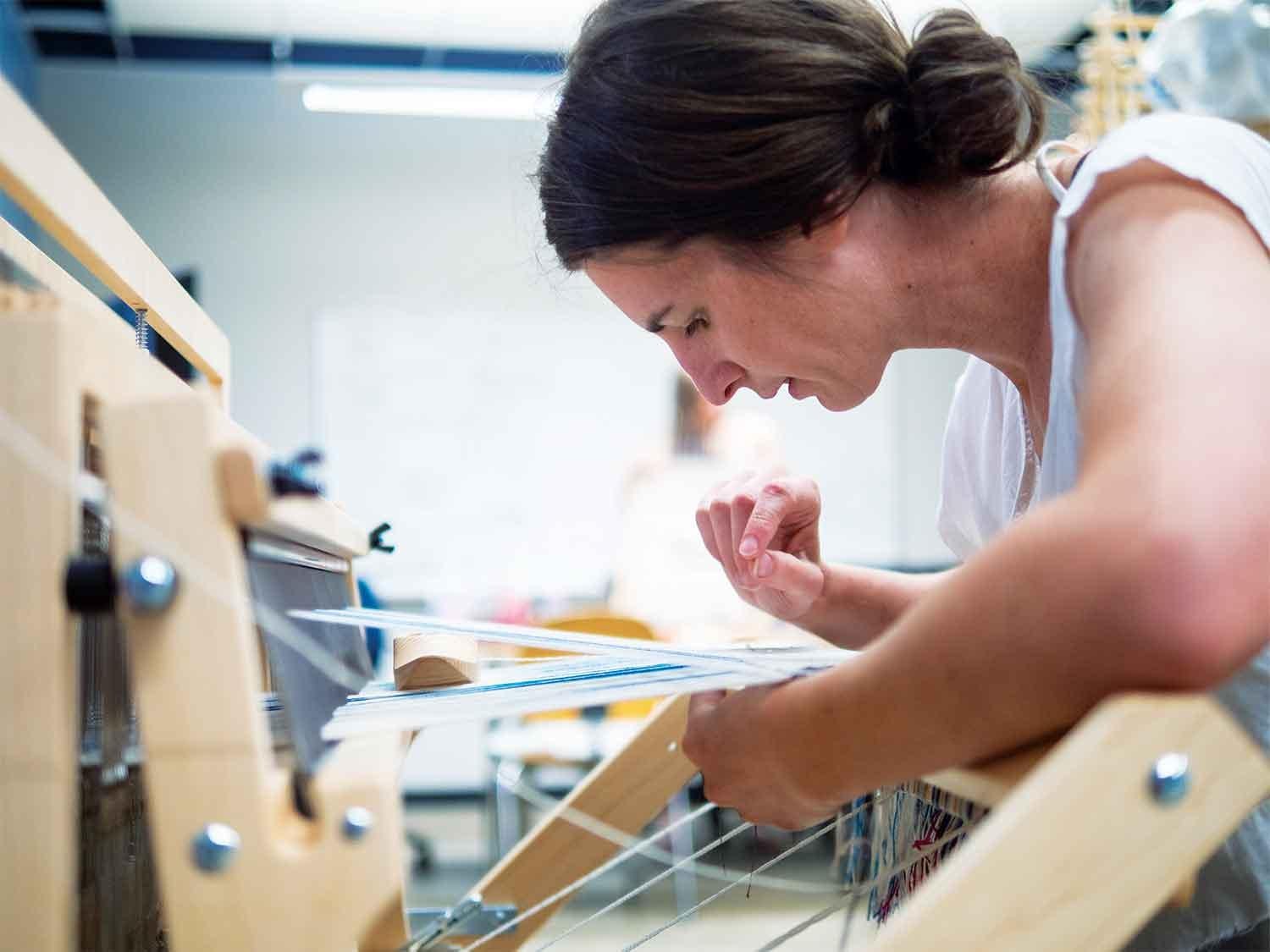 Could Laura Devendorf’s high-tech fabrics change the way we express ourselves?

Laura Devendorf has a ready answer for how she spent the summer: The CU Boulder information scientist taught herself how to weave, an experience equal parts relaxing and infuriating — “like brushing doll hair forever,” she said.

On any given day in Devendorf’s lab, part of the university’s ATLAS Institute, where students and faculty commonly mix art and science, you’ll find at least three wooden looms — the old-fashioned kind with a hand-operated shuttle. They sit next to circuit boards, wires and other high-tech toys.

That’s because Devendorf, an ATLAS fellow and CU assistant professor since 2017, is diving into the zeitgeisty field of smart textiles — fabrics that look and feel like wool and cotton but exhibit dynamic properties.

Last year, designer Julianna Bass made waves at New York Fashion Week when she introduced a line of garments that changed color as models sauntered down the catwalk. Google’s Project Jacquard recently teamed up with Levi’s to design a denim jacket that lets you answer your phone by simply tapping the sleeve. 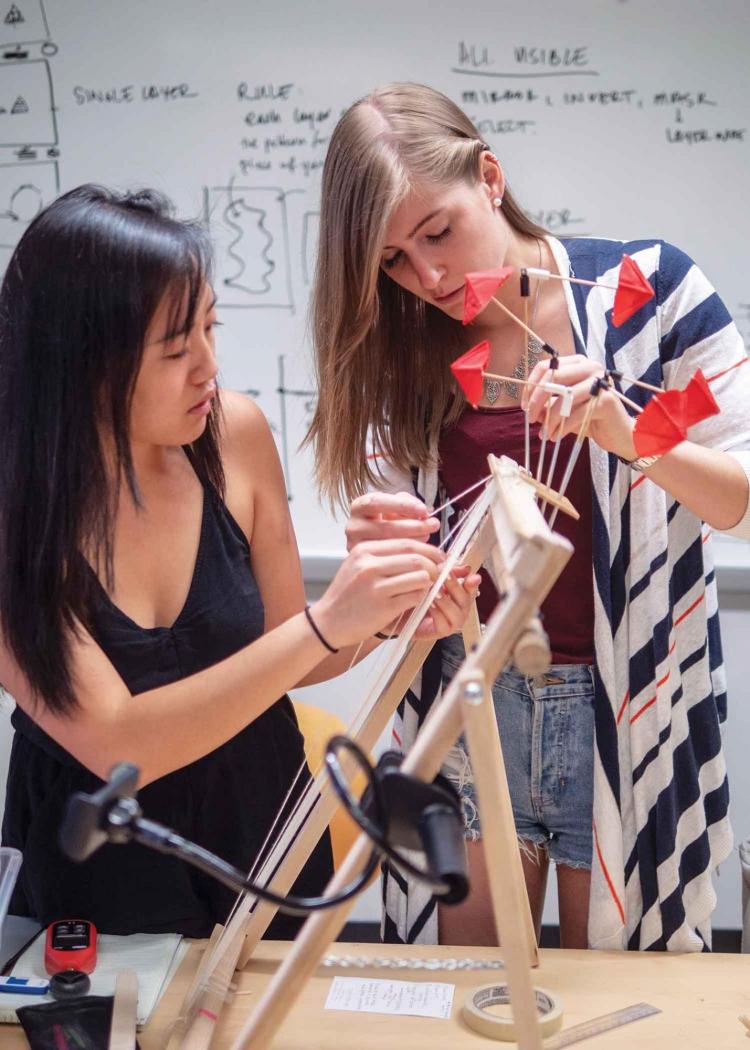 But Devendorf has a distinct attitude toward wearable technology, inspired by her eclectic interests in art, sustainable design and feminist theory. She’s more interested in expressive potential than utilitarian value. In this vein, she’s exploring how clothing can connect our bodies to the environment, for example, or reveal and record influences on the body as an aid to memory and reflection.

Rather than developing technologies of convenience, she said, she’s interested in “whether or not it’s possible to build a different kind of relationship with technology that’s slower and more thoughtful.”

Although Devendorf has a bachelor’s degree in computer science and enjoys writing code, she is in some ways an odd fit for the world of smart textiles. She’s skeptical about aspects of tech culture and is predisposed to physical craftsmanship. She once spent a summer drawing handmade cards for tourists in Santa Barbara, Calif., seemingly more in tune with another of her degrees, in art.

“My husband says I have an analog fetish,” she said. “I still collect vinyl. I like sending letters in the mail. I don’t really like technology, but it’s not going away. So my focus is how do we do something more interesting with it?”

Much of that old-meets-new tension is embodied in a special delivery Devendorf is expecting this fall: A custom-made TC2 Jacquard loom. The device looks more like a 3D printer than one of the doll-hair combers in her lab now, and can seamlessly weave more complex patterns of traditional textiles and high-tech threads, such as wires coated in thermochromic pigments that change color in response to an electric current.

Among the projects Devendorf can carry forward with this computer-meets-loom is Ebb, a fabric she helped invent as a graduate student at the University of California, Berkeley. It interlaces ordinary yarn with thermochromic threads, yielding a fabric with designs that can morph from purple to pink to white within seconds. Devendorf has experimented with designing Ebb shirts that change color as the skin undergoes tiny shifts in sweatiness — like a human blush in cloth.

Purple to pink to white in seconds.

These subtle changes can indicate various types and degrees of excitement — from physical exertion to mere anticipation, true anxiety, even sexual arousal. Ebb-based garments would manifest how the wearer is feeling, signaling a change for all to see.

“We have five senses,” she said. “Smart textiles can partner with those and give you this other sense.”

Because smart textiles make public what might otherwise be private, and because clothing is more intimate than a phone you can set down and ignore, Devendorf approaches these projects with caution. “It represents you to the world.”

Steven Frost, an instructor in CU Boulder’s College of Media, Communication and Information who has collaborated with Devendorf, said she has a rare ability to blend technology and artistic creativity.

“What’s really exciting about working with Laura is that she really does speak both languages,” Frost said.

The Pressures On Us

Much of Devendorf’s recent work focuses on a topic she thinks about a lot: Parenthood. The mother of a 2-year-old and a 5-year-old, she describes it as a vulnerable experience.

And while many technologies aimed at parents seek to ease stress, Devendorf embraces the vulnerability.

At a May workshop at the Boulder Museum of Contemporary Art, she asked participants to design what she called an exoskeleton for caregivers — think an Iron Man suit for people covered in baby vomit. The group’s ideas included small, autonomous robots that would crawl over your body to clean your clothes and a hoop skirt that could double as a playpen for toddlers.

Devendorf herself is interested in using technology to lay bare the tensions inherent in parenthood — including the fact that, as a mother, she often feels like her body isn’t her own. In her free time, she’s been crocheting a poncho made of pacifier nipples to make visible a common feeling among nursing mothers.

She’s also begun developing a drape with small pressure sensors to record how parents hold their newborns, allowing production of maps showing the evolving physical relationship between parent and child.

“I like the idea of how our memories might change if we remember the pressures on us,” she said.

Ultimately, Devendorf hopes more technology will move in this direction — enhancing how people experience reality and caretaking rather than alienating them from it.

“So much of technology is about self-realization and no longer having to struggle or care for anything because you have the technology to do that,” she said. “I like the idea of actually amplifying that struggle instead, because maybe that’s where the meaning comes from.”

Some engineers might scoff at making art. But Jean Hertzberg is all about it. She's helping students reveal the beauty all around us. END_OF_DOCUMENT_TOKEN_TO_BE_REPLACED 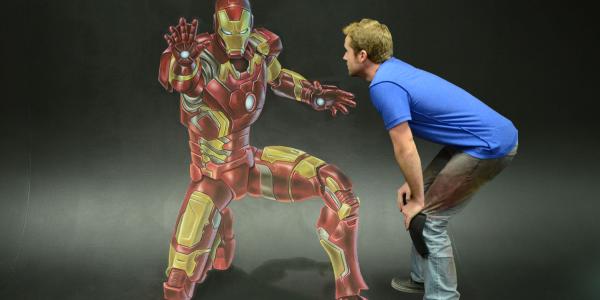 Life as a Chalk Artist

Chris Carlson's art will rise up and grab you. Chalk it up to an open mind. END_OF_DOCUMENT_TOKEN_TO_BE_REPLACED 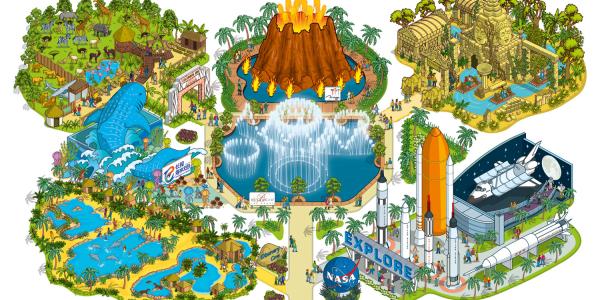 Soon there'll be a degree for that. END_OF_DOCUMENT_TOKEN_TO_BE_REPLACED