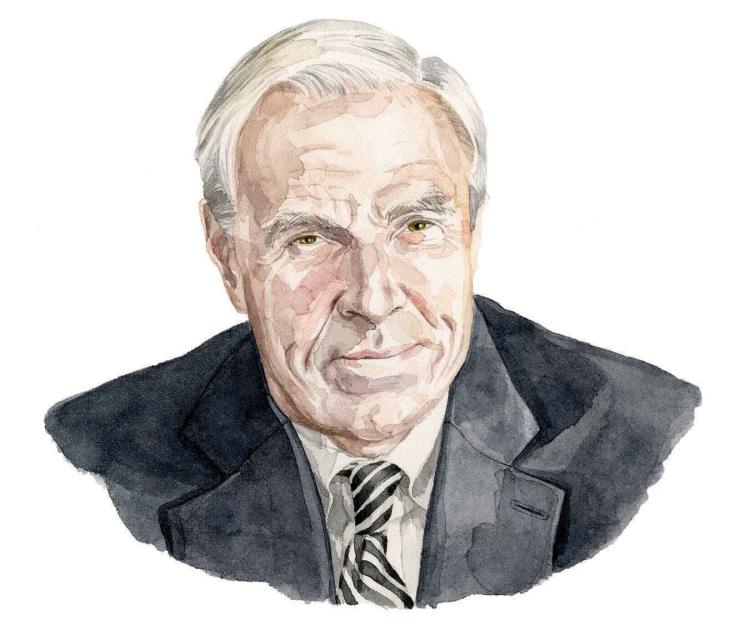 University of Colorado President Bruce Benson (Geol’64, HonDocSci’04) has announced plans to retire next summer. Here he looks ahead.

When I announced in July that I would retire as CU’s president in July 2019, many faculty, friends and alumni asked me what I was most proud of from my decade-plus leading our university. While we had some notable accomplishments, I think I surprise people when I say I prefer to look ahead, not back.

I find myself wondering what the CU of the future will look like. It may seem odd coming from someone who just turned 80 and has a history with the university that dates back some 55 years.

It’s analogous to my predecessor George Norlin. At the end of his presidency in 1939, CU had about 4,500 students and a budget of just over $1 million. He probably never imagined CU Boulder as the flagship of a university system with four campuses, more than 70,000 students and a $4.5 billion budget.

I can’t help but wonder what changes are in store for our university. Technology will continue to change the way we deliver education. CU offers more than 45 degree programs online, and online enrollments grew from 30,000 to 56,000 in a decade. That could jump significantly. We recently launched an engineering master’s degree delivered entirely by Massive Open Online Courses (MOOC), which has the capacity to reach tens of thousands. MOOCs didn’t exist at CU a decade ago; now we have more than 2 million enrollments in 30 courses, and offer them for credit, which is a revenue producer.

The bachelor’s degree may be supplanted in the future by a series of peer certificates matched to societal and industry needs. Competency-based education will increasingly allow students to demonstrate their knowledge and test out of courses.

I believe the trend toward more STEM degrees will accelerate dramatically, and it should to meet the needs of an increasingly technological society.

Demographics and economics will have a big impact. A recent study shows that in 20 years, half the population of the country will live in eight states, including Colorado. This will likely lead to increasing consolidation of educational institutions and the very real possibility that some will close (but no CU campuses).

Whatever the changes, one thing will remain the same. I have every confidence the CU of the future will be as great as the university that has served Colorado and our nation so exceptionally for the past 142 years.