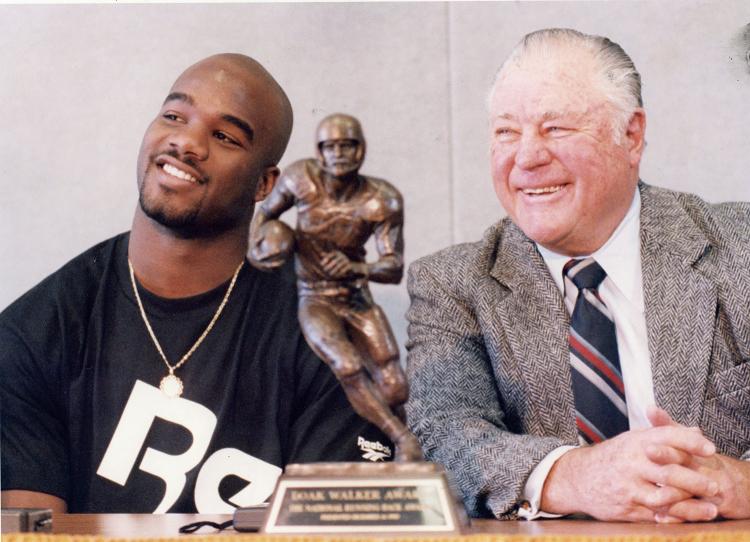 It happens to Buffs.

CU Athletics has intensified its focus on the mental health of CU’s student athletes, adding campus resources, participating in a major multi-school study of concussion effects and fostering a support network for former football players.

“Our work is important because life is difficult at times,” said Buffs sports psychologist Chris Bader. “We serve our student athletes by providing a safe space for them to process through the trials of life… to talk through their successes and concerns without judgment.”

In January CU added another licensed counselor, Erin Rubenking (Fin’10; MPsych’14), to help serve the nearly 375 student athletes on campus. The incidence of suicide among NCAA athletes is highest among football players, according to a 2015 study published in the journal Sports Health.

Bader and Rubenking make themselves available to all student athletes via email, text and, of course, in person.

Meanwhile, Buffs4Life, a nonprofit group of CU Athletics alumni formed in 2005, has started a campaign called “Never Again,” which reconnects former football players with each other in hopes of creating a support network. Leading the initiative are former head coach Gary Barnett and long-time CU coach and NFL alumnus Brian Cabral (Rec’79).

“I recruited both Rashaan and Drew,” Cabral said. “These losses affected me deeply. Working with Buffs4Life after 24 years of coaching at CU allows me to help others who may be in need.”

CU is leading the way on a Pac-12 research initiative to study concussions in student athletes. The goal is to establish best practices and clinical infrastructure around traumatic brain injuries and treatment.

Meanwhile, research about the connection between concussions and chronic traumatic encephalopathy (CTE) continues. The recent sale of Salaam’s Heisman trophy will help. It sold for $399,608, some of which will support CTE-related research in his name.