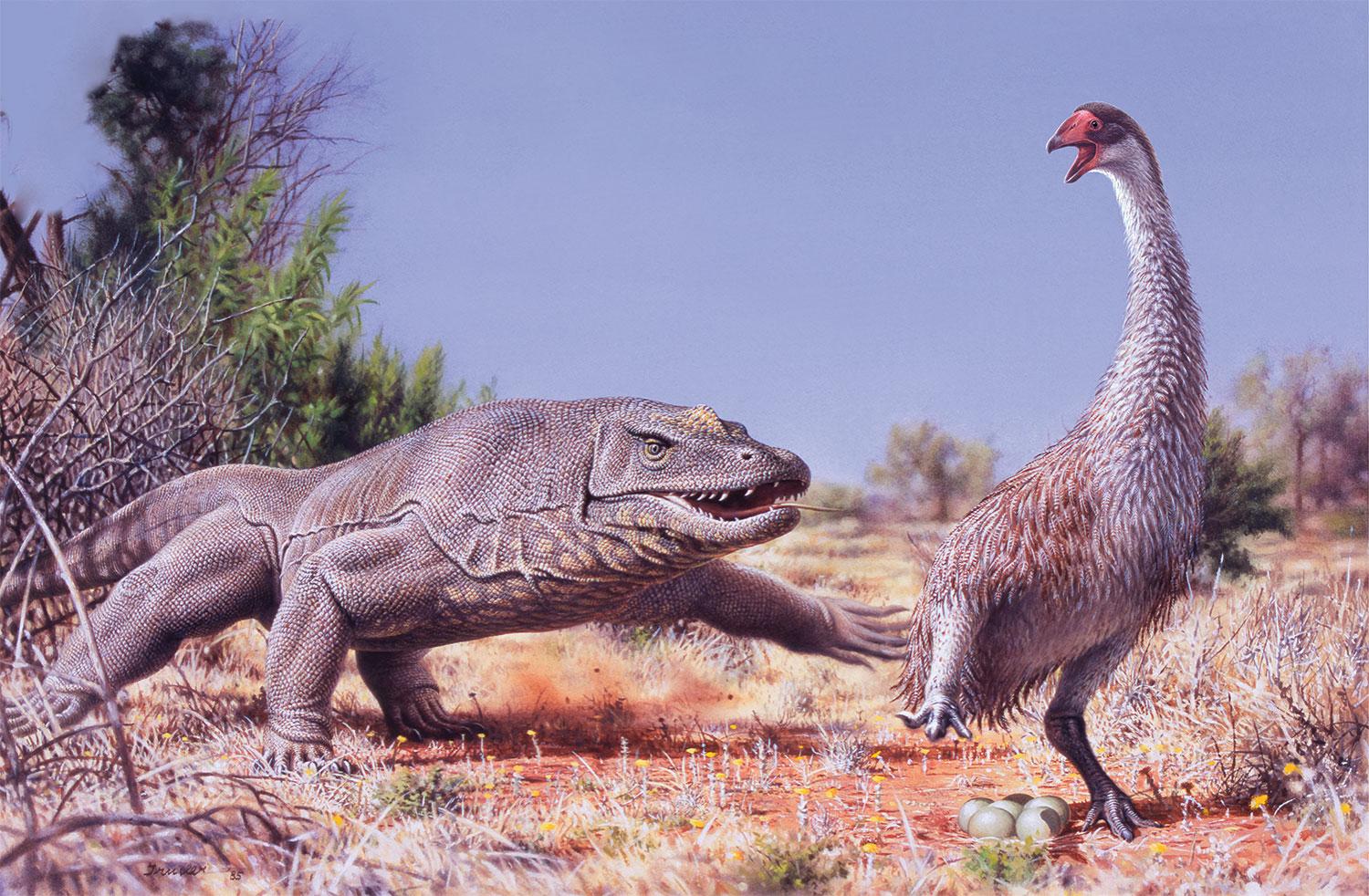 For Australia’s earliest human immigrants, who likely floated there from Indonesian islands on wooden rafts they lashed together more than 50,000 years ago, the wild menagerie of huge animals and birds prowling the landscape must have been astonishing.

Think rhinoceros-sized wombats, 1,000-pound kangaroos, 25-foot-long lizards, ferocious marsupial lions and Volkswagen-sized tortoises, said professor Gifford Miller, a fit CU geoscientist who bicycles from home to a cluttered campus office that harbors the skulls of a walrus and a polar bear he found in the Arctic.

But just a few thousand years after the arrival of humans — the blink of an eye in geologic time and, for that matter, the history of life — most of the wondrous beasts were gone forever. A scientific debate has raged for decades as to what, or who, did in Australia’s ancient megafauna. And Miller believes he now knows the answer: Homo sapiens.

“Shortly after human settlement in Australia, the geological record shows that most of the large animals disappeared,” he said. “Reconstructing what activities associated with human colonization might have contributed to this remains challenging, but a human cause of some sort is apparent.”

High Arctic to Desert Down Under

How did Miller, associate director of CU’s Institute of Arctic and Alpine Research, who’s spent most of his career charting climate change in the High Arctic, wind up sifting through Australian sand for the bird eggshells that constitute key evidence?

His father, Robert Rush Miller, a Smithsonian fish biologist, was part of a 17-person team that made a historic nine-month trek through northeastern Australia in 1948, collecting plants, animals, art and archaeological material produced by Aboriginal peoples.

“I was only two years old, so I don’t have a recallable memory of that,” said Miller. “But there were knickknacks from Australia in our home, and I think it was locked in my brain as a young child that I was supposed to go there.”

Later, in the late 1980s Gifford Miller was working in northern Africa’s Sahara Desert — in a spot so dry it has never rained there in recorded history — trying to understand how the climate system produced a permanent lake where early humans hunted and feasted on a range of large animals. The team was investigating sites on the lake’s edge, putting together a chronology of human habitation. Miller was charged with dating ancient ostrich eggshells, remnants of ancient meals.

A colleague suggested Miller visit Australia’s interior to investigate a similar, abrupt change in climate that coincidentally could also be dated with the eggshells of a huge, extinct bird.

Initially Miller focused on the possible effects of systematic burning of the landscape by the earliest human colonizers. This could have sufficiently altered vegetation patterns to diminish the effectiveness of the summer monsoons that periodically drenched northern Australia, triggering increased aridity in the interior, he said. 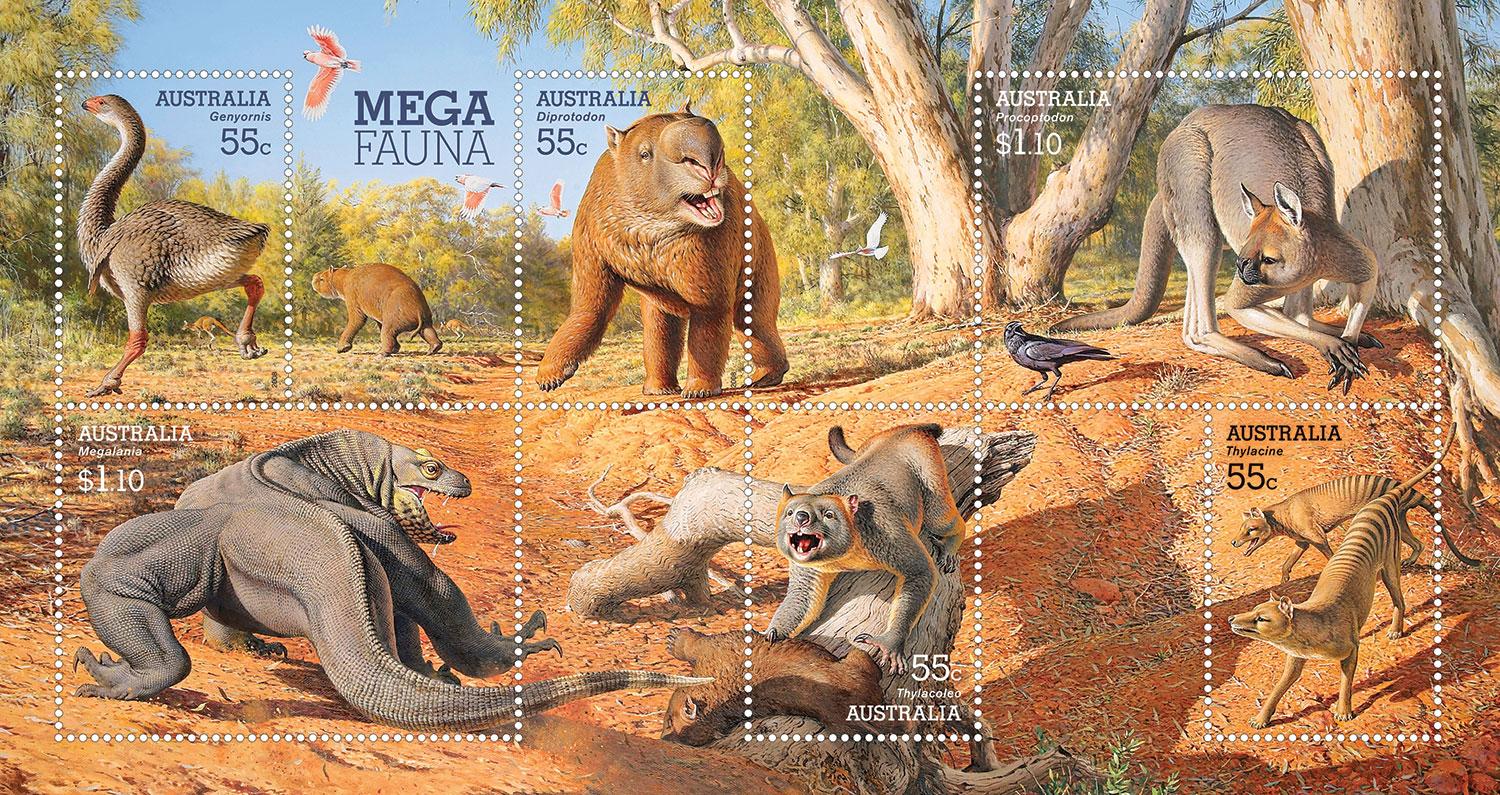 Eventually, in 2016, Miller and colleagues reported the first direct evidence that early humans in Australia preyed on Australia’s megafauna — in that case, on the region’s own Big Bird, the almost seven-foot Genyornis newtoni.

The team dated Genyornis eggshell fragments using a technique called luminescence dating — assessing when quartz grains encasing eggshell fragments were last exposed to sunlight — as well as more traditional dating methods. Together they indicate Genyornis disappeared between 54,000 and 47,000 years ago.

Most telling were the burned Genyornis eggshell fragments.

By looking at amino acids in fragments burned at one end and not the other, the researchers concluded the heat gradient on a single fragment was as high as 1,000 degrees F — a clear indication they were partially burned by isolated embers, as in a campfire. Wildfires would have produced sustained, across-the-board heat on the shell fragments, Miller said.

Moreover, most of the hundreds of discovered Genyornis eggshell fragments were found in clusters.

“We believe the evidence is consistent with early humans harvesting Genyornis eggs, cooking them over fires, and then randomly discarding the eggshell fragments in the area,” Miller said.

Last year, he and colleagues at Australia’s Monash University reported a clever way to paint a portrait of the huge vegetarians that once roamed the landscape. They analyzed a sediment core extracted from the Southern Indian Ocean off the coast of southwestern Australia — which has layers much like an ice core — delving back 150,000 years beyond the last ice age to Earth’s last warm interglacial period.

The core contained chronological layers of pollen, dust and ash washed into the sea over time, indicating southwestern Australia had dense forests 45,000 years ago. This would have made the region a hotbed of biodiversity, and perhaps one of the last holdouts for a dwindling megafauna population. More important, Miller said, the core contained spores from the fungus Sporormiella, which snacked on the dung of plant-eating mammals.

“It’s a region with some of the earliest evidence of humans on the continent, and where we would expect a lot of animals to have lived,” he said. “But in a window of time lasting just a few thousand years, Sporormiella spores disappear from the record, telling us the megafauna population collapsed.”

Most telling were the burned eggshells.

After a couple of fits and starts at Michigan colleges after high school, he joined VISTA, a domestic version of the Peace Corps. He was sent to Tuluksak, Alaska, a Yup’ik village of just a few hundred people, to help with community development.

He followed that with a brief career as a fur trapper, acquiring his own dogsled team. It took a full day to travel from Tuluksak to the trapping camp, then three days of tending trap lines and another day to get home.

“As much as I loved it, I knew it was something I was not going to do for the rest of my life,” he said. “That’s when I moved to Colorado.”

He got his academic mojo going at CU Boulder, earning bachelor’s and doctoral degrees, followed by a postdoc at the Geophysical Laboratory at the Carnegie Institution in Washington, D.C., and a year at the University of Bergen in Norway, which he calls his “finishing school.”

Over the decades, his research in the Arctic — where human-caused climate warming from increasing greenhouse gases is occurring faster than anywhere else on the planet — has included landmark studies. Two years ago he and his team determined the current level of warming on Baffin Island, west of Greenland, may be as high as it was more than 2 million years ago, when sea levels were several meters higher.

The globetrotting Miller — who recently began a project in Madagascar to study the demise of the 1,000-pound elephant bird, Aepyornis, also shortly after humans arrived — credits his students as an inspiration.

“I’ve been fortunate to have a cadre of motivated students over the years anxious to make their mark in the world of science,” he said. “They are always challenging me to explore new ways of doing things. Without them I would not be nearly as productive, or have nearly as much fun.” 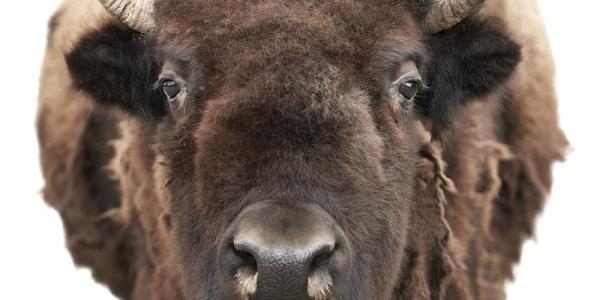 Hunted nearly to extinction by the time the University of Colorado was founded, the American buffalo owes its rebound mainly to private ranchers. END_OF_DOCUMENT_TOKEN_TO_BE_REPLACED

CU ecologists are tracking down the surviving trees of the Front Range’s all but vanished apple orchards — and priming a renewal. END_OF_DOCUMENT_TOKEN_TO_BE_REPLACED 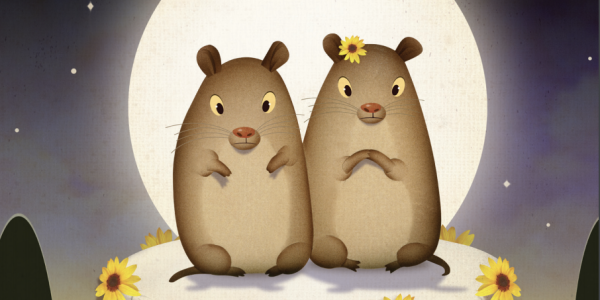