A CU-Boulder biologist and her students invent new ways to trace evolution in action.

In Colorado, even the birds wear backpacks sometimes.

These aren’t just any packs, and they’re definitely not the kind you find at REI. They’re built for science.

In the quiet pre-dawn hours at a farm just north of Boulder, CU evolutionary biologist Rebecca Safran and her students work quickly and carefully to attach lightweight, custom-built tags to a group of recently awakened barn swallows. The birds don’t seem to mind the early wake-up call; they rise before the rooster most days anyway.

Each of the bird backpacks contains a radio transceiver with a hair-width antenna sticking out back. The transceiver keeps tabs on all social contact with other pack-wearing birds. So, even if two swallows meet up miles away from the prying eyes of biologists, the backpacks will log the date and time of the encounter and deliver that data to the researchers.

These proximity-logging backpacks are just the latest innovation from Safran’s lab and will provide her research team with all sorts of data about which birds are interacting, even when humans aren’t looking.

“Swallows move too fast for us to track their behavioral interactions by eye alone,” says Iris Levin, the postdoctoral fellow in Safran’s lab who led the social networking study with doctoral student David Zonana (PhDEBio’18). “This novel methodology should allow us to quantify social interactions to a greater extent than ever before.”

It’s a nifty bit of espionage that James Bond (whose creator, Ian Fleming, was an avid birdwatcher) might be proud of. As fieldwork goes, it’s light-years ahead of binoculars and a notebook.

“This experiment is extremely exciting because we know so little about the social interactions that are important during the process of mate selection,” says Safran. “These tags allow us to peek inside that black box.”

Barn swallow social networking is just one piece of the grand evolutionary puzzle that Safran has spent much of her career investigating. Over the past seven years, her lab has shown that this common bird, which weighs less than a handful of almonds, is a dynamic example of natural selection in action, diverging and adapting to a changing planet in real time.

"We can study the process of speciation as it's unfolding," says CU-Boulder biologist Rebecca Safran.

“The amazing thing about barn swallows is that they are pretty much everywhere,” says Safran, who joined the CU-Boulder faculty in 2008. “We can study them in Israel, Turkey, China and throughout Europe as well as right in Boulder County, where populations look different despite being closely related in evolutionary terms. That is, we can study the process of speciation as it’s unfolding.”

Safran’s detective work has led her and her students around the world as they attempt to answer fundamental questions about how species behave and why new ones form. They want to learn what these seemingly mundane bird behaviors tell us about how the birds look, where they live and why barn swallows diverged so broadly across time and space to become one of the most widespread avian species on the planet.

In short, how did this tiny bird conquer the world?

Barn swallows are, quite simply, everywhere you look. The ubiquitous bird resides in huge numbers across six continents, everywhere from the open meadows of Colorado’s northern Front Range to the Nile Valley of Egypt to the high mountains of the Caucasus in Eurasia. Swallows also nest reliably in man-made structures such as sheds, bridges and, yes, barns.

Because of their constant proximity to humans, swallows have figured in art and culture for centuries. The species shows up in ancient Egyptian hieroglyphs as well as in the works of Aristotle, Shakespeare and T.S. Eliot. In some European countries, swallows are thought to bring good luck to farmers, and many still consider the bird’s northward migration to be the most reliable herald of spring.

The history of the barn swallow has long fascinated Safran, who earned her doctorate from Cornell University in 2005 and did postdoctoral work at Princeton before joining CU-Boulder’s ecology and evolutionary biology department.

“For research in evolution and ecology, birds are extremely tractable,” she says. “We can manipulate traits and ask questions about causal relationships between reproductive success and various aspects of physiology, morphology and behavior. We can study fundamental questions in evolutionary ecology that are really difficult to study in nature otherwise.”

In addition to its ubiquity, the barn swallow’s relative comfort around humans makes it a convenient object of study.

“These birds are hardy,” says Safran. “They return to our study sites year after year, so we can basically study an individual during the breeding season for its entire lifetime. This provides extremely rare opportunities for all kinds of exciting research questions.”

One such experiment, conducted during Safran’s early days at CU, demonstrated just how dramatically a trait like feather color can influence a swallow’s mating choices.

After using nontoxic art markers to artificially darken the breast feathers of a few male North American barn swallows living in New Jersey, the researchers watched to see how the females would react to the males’ new coloration.

Like a man brimming with confidence in a fancy new suit, the darkened males began producing more testosterone, demonstrating important feedbacks between different physiological traits. The made-over males also enjoyed more social connections with females — though that may or may not be a good thing.

This research will provide important details about how new species form.

“We’re seeing that some of the more socially connected males actually show greater stress responses,” says Levin, the postdoc. “We’re not sure yet if more connection is good or bad for the birds’ health.”

The diverse body of research from Safran’s lab, which also includes experimental work on trait evolution, parental care and stress hormones, earned her a National Science Foundation Early Career Development award in 2011, a major vote of confidence from the country’s premier science agency.

The researchers recently fitted more than a dozen Colorado barn swallows with light-level geolocators, a variant of the radio backpacks. As the birds migrated south for winter, the meters recorded the amount of light twice daily, allowing Safran and her students to estimate the bird’s latitude and longitude and to produce a map of the birds’ thousand-mile journeys. In their research, out of sight doesn’t mean out of mind.

Experiments such as these contribute to a greater understanding of how particular traits and behaviors change over time and influence species divergence. In evolutionary terms, the barn swallow has moved fairly quickly. Whereas humans have consolidated into one species over the past 100,000 years (Homo sapiens), swallows are thought to have divided into six subspecies over roughly the same span of time.

Fieldwork in the Safran lab is like a globetrotting scavenger hunt. One group, led by postdoctoral fellow Elizabeth Scordato and Matthew Wilkins (PhDEBio’14), then a graduate student, traveled across Siberia to study the hybridization of three different subspecies of barn swallows. Scordato later joined doctoral student Amanda Hund (PhDEBio’18) to sample barn swallows in Egypt to study geographic variations in the world’s oldest known subspecies. Hund, in turn, teamed up with Joanna Hubbard (PhDEBio’14) in the Czech Republic and Israel to conduct experiments on the role of parasites in speciation.

“We all work extremely closely and on complementary projects,” says Safran. “Everyone in the group, ranging from honors [undergraduate] students to graduate students and postdocs has contributed something fundamental so that we can quickly build knowledge on various aspects of behavioral, morphological and physiological evolution.”

It may not take a lot to find barn swallows, but it can take finesse to access their nests: Most barns are private property.

“Our work depends on people opening up their barns and garages and sheds to us at all hours,” she says. “They graciously host our work, welcome us, and over the years we have formed great partnerships with them.”

Amid the hubbub of her lab’s far-flung experiments, Safran has embraced the role of orchestra conductor and chief ambassador as well as scientist-in-chief. While supervising between 10 and 20 students, she also teaches undergraduate biology courses (including a film class on climate change) and gives informal seminars for school teachers and amateur birdwatchers who want to get involved. The lab runs a citizen-science page at barnswallowproject.com.

Even as she shares what she’s already learned, Safran is constantly developing new research, asking new questions, looking for new answers. This year, she’ll travel to Morocco with Scordato and graduate student Sheela Turbek (MEBio’17) to explore the migration patterns of barn swallows there, with the aim of uncovering the underlying causes of different migratory strategies.

“The spatial scale of our work is unprecedented in evolutionary studies,” says Safran. “This research will provide important details about how new species form.”

Teenagers and young adults think and act differently from grownups. CU scientist Marie Banich is helping us see why. END_OF_DOCUMENT_TOKEN_TO_BE_REPLACED

We stock our shelves with books and pills intended to make us happy, but CU psychologist June Gruber warns that too much of a good thing can backfire. END_OF_DOCUMENT_TOKEN_TO_BE_REPLACED 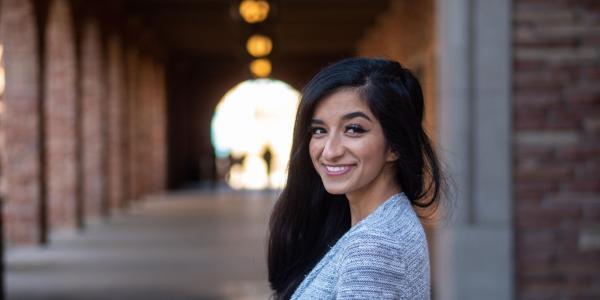 Meet CU's first Rhodes Scholar in a quarter century. She's got her sights set on a U.S. Supreme Court seat— and a Miss America title. END_OF_DOCUMENT_TOKEN_TO_BE_REPLACED