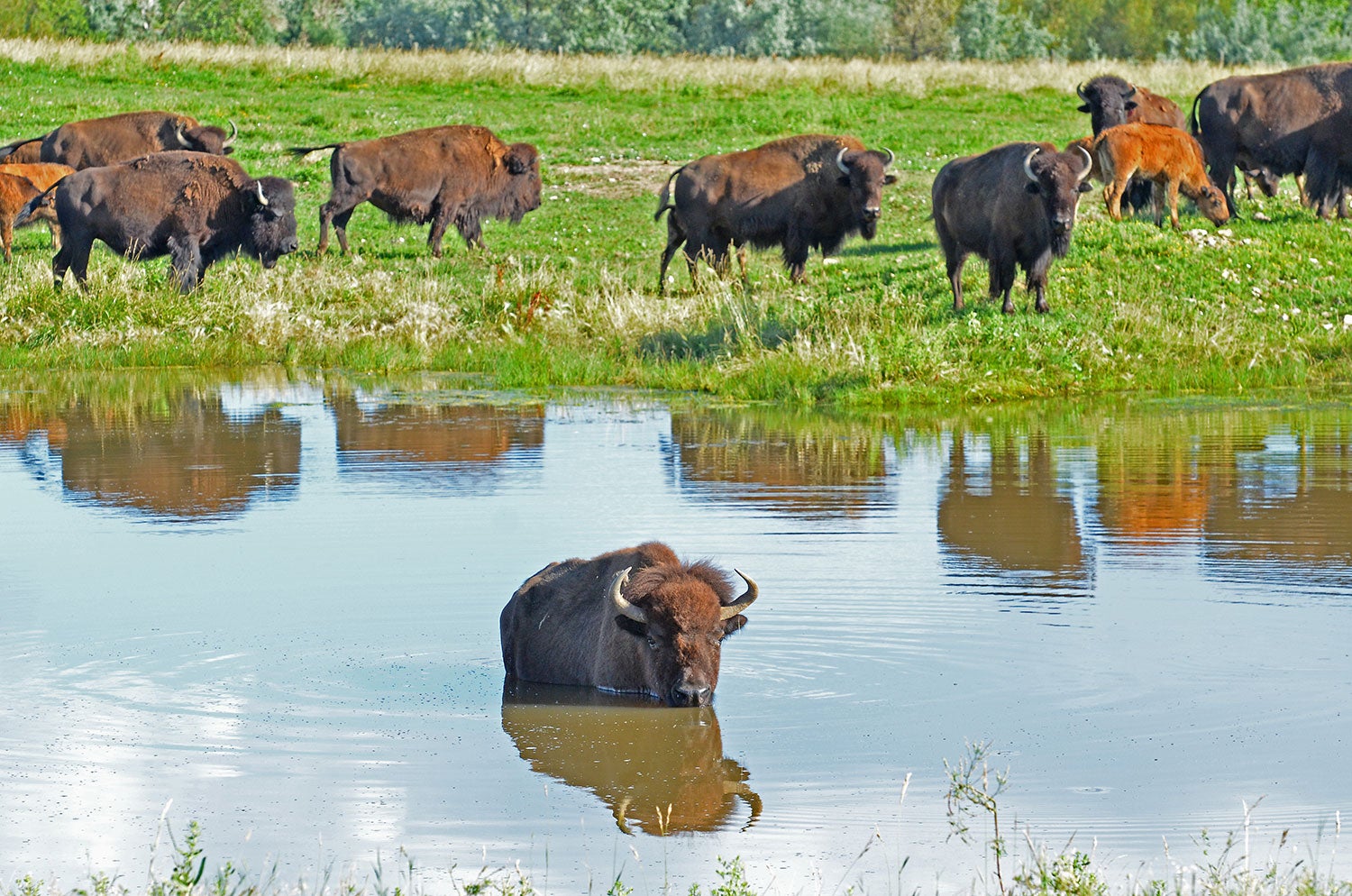 I enjoyed your recent article on Larry Strear (Art’69) [“Buffalo Rancher,” fall 2015]. However, I wanted to add some information about the history of the buffalo and the American Bison Society.

Your article noted that Theodore Roosevelt founded the society in 1908. This was done in cooperation with the New York Zoological Society at the Bronx Zoo. Dr. William Hornaday was the director of the zoo and, along with Roosevelt, established the Bison Society because the bison was almost extinct in most of the Western states. Only a few remained in Yellowstone Park. The two organizations then set upon the task of getting bison back into refuges and ranches in the West. The Bronx Zoo started sending one or more train cars of its bison out West each year for over 20 years. Even today most bison in the West are from the genetic stock of the Bronx Zoo.

The writer is a former chairman of ornithology at the New York Zoological Society, now known as the Wildlife Conservation Society. It runs the Bronx Zoo.

To all ROTC students at CU in the fall semester of 1967:

I am asking for your forgiveness. On a sunny fall Saturday in 1967, you were training in the field outside my room in Brackett Hall. You were preparing to become an officer and serve your country. I demeaned and insulted you by blasting a crude anti-war, anti-military song through my open dorm window. As a 17-year-old, smart-aleck freshman, I thought I knew everything about the Vietnam War and geopolitics.

What I was clueless about was duty, honor, courage and selflessness. You embodied each of those qualities and did what your country asked of you. Some of you on the field that day may have been injured in Asia; some of your fellow ROTC students may have died there. But you were willing to risk your lives, to fight so that some of your fellow students could do really stupid things.

Today, our son is an officer in the U.S. Navy and my wife and I are proud of him. He has volunteered to stand in the gap for our nation. Every member of the armed services, both past and present, deserves our deepest respect. I did not give you that at CU and for that I am truly sorry.

I pray you can find it in your heart to forgive me.

I really liked your “Feed Me!” infographic. It highlights an overlooked but important part of CU-Boulder student life – the food! That’s cool CU diverts 3,800 gallons of used fryer oil for biodiesel.

After your first article featuring Chris Davenport (Hist’93) and his concerns about how global warming may adversely affect skiing in the future [“Climate Crusade,” March 2012], one person responded back pointing out the hypocrisy of his occupation and how he was encouraging the use of helicopters, cars, jets and other vehicles consuming huge amounts of fossil fuels in order to pursue extreme skiing throughout the world.

Now again you are glamorizing a sport, extreme skiing, that’s paralyzed, killed and maimed countless individuals [“NOW,” Fall 2015], not to mention the pain and agony it’s caused to their family and friends. In my days of skiing in Colorado, back in the ‘70s-‘90s, we only skied within the boundaries of the ski areas and never ventured outside of the bounds of the ski area. We had more than enough terrain to enjoy in Colorado, and if we wished for more challenging trails, we’d take a trip to Alta and ski the chutes that were un-groomed, where one could find true deep powder.

I would like to condemn you for writing another article about someone who is glamorizing a “sport” where many end up tragically injured while also worsening global warming in the process. 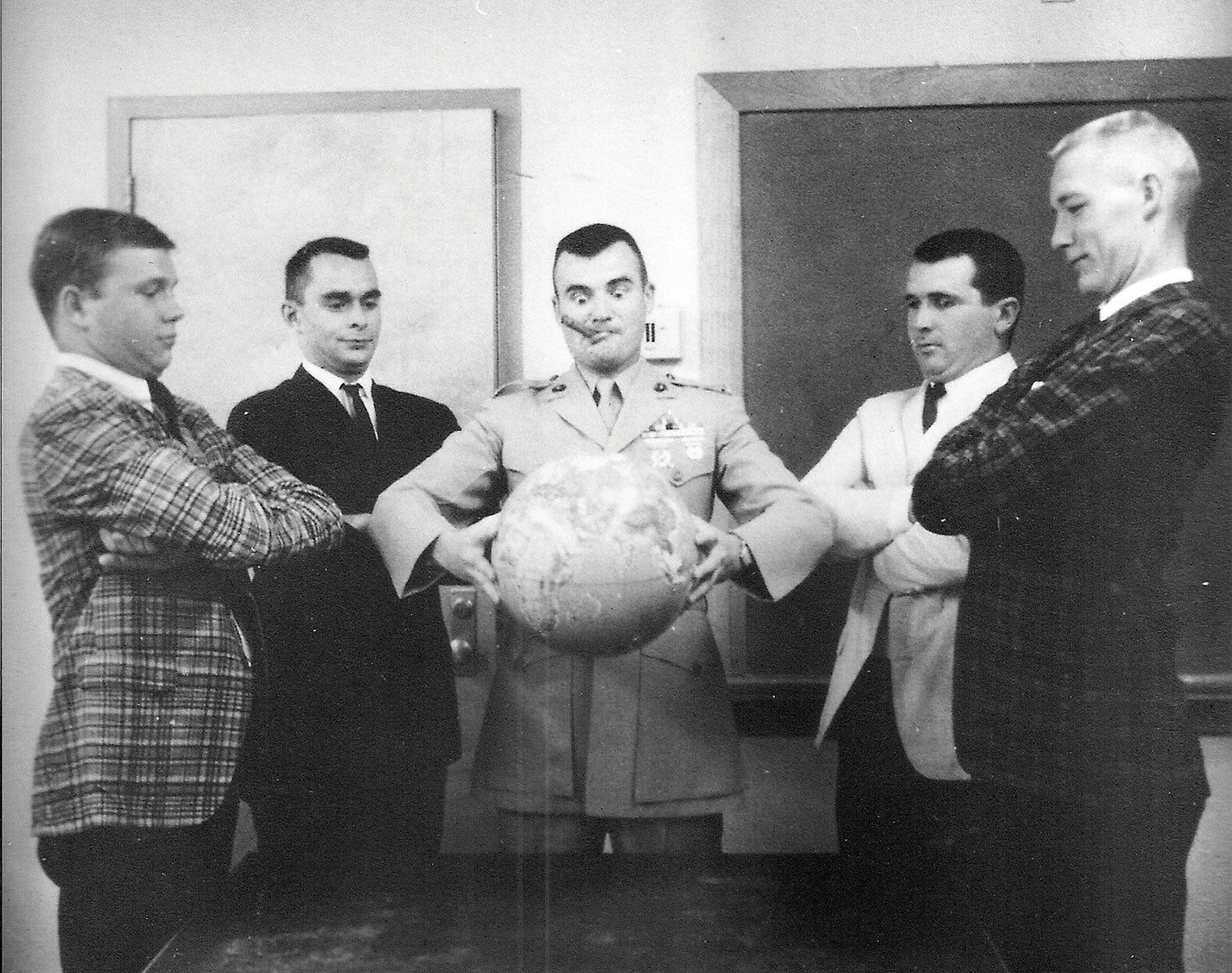 Thank you for your profile of General Bernard (“Mick”) Trainor (MA&S’63) in the Fall 2015 Coloradan [“The General,” Class Notes, 1970s and earlier]. Mick has been a positive influence in many CU graduates’ lives.

The four young Marines, classes of ’64 and ’65, pictured with the general (then a major) are, left to right: Peter Haines (A&S’65), Scott Harrison (Engl’64), Bill Caile (CivEngr’65) and Jack Thompson (Hist’64, MA’70). All served in Vietnam; all have led productive lives since then. This particular photo is a treasured (and fun) image for all of us.

We have had regular reunions of the group over the years, in Massachusetts and Colorado. Jack and I were pleased to host the most recent gathering up in Estes Park in the spring of 2014, when Mick returned to CU to commission that year’s young Navy and Marine graduates. Semper fi!