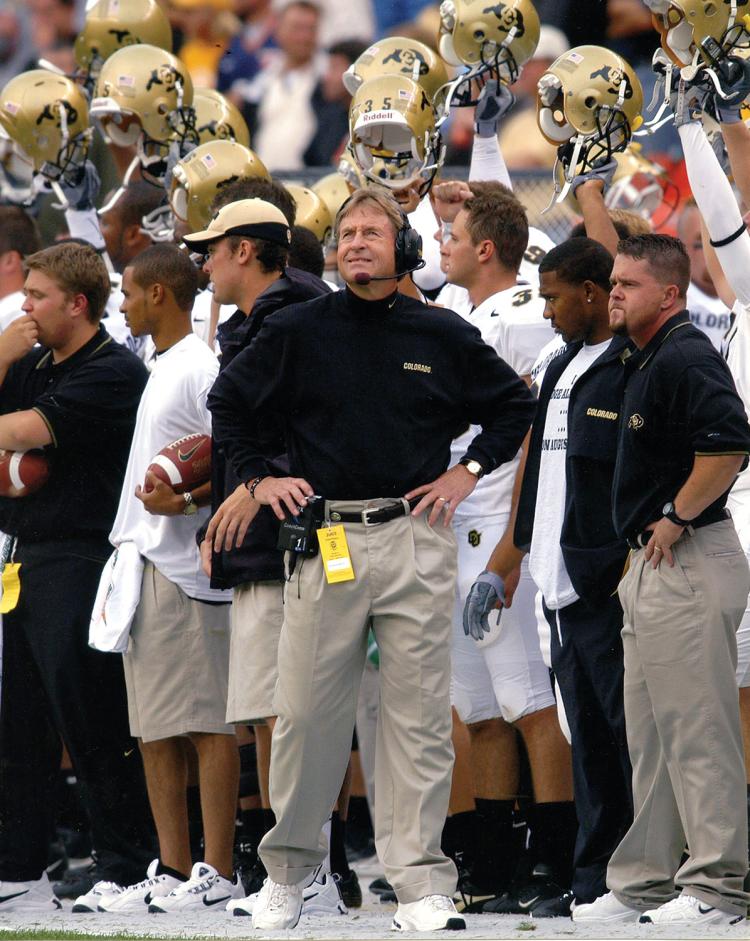 Gary Barnett is back with the Buffaloes.

The former CU-Boulder football coach will succeed legendary broadcaster Larry Zimmer next year, the Athletic Department announced in the fall.

Zimmer, 80, announced his retirement in July. He has provided color commentary on CU football games for 42 seasons.

Barnett was dismissed as CU’s head football coach in 2006, despite a 49-38 record and five bowl appearances in seven years. But he’s kept close tabs on the Buffs program and remains a fan.

“I have never left CU in my heart,” he says. “We fly a flag outside our house. I follow them daily.”

Barnett’s connection to CU made the hire a no-brainer for Athletic Director Rick George.

“Gary not only has familiarity with our program that dates back over three decades, he’s one of finest game analysts in the business today,” George says. “I believe our fans will be pleased with the addition of Coach Barnett to our broadcasts and we welcome him home.”

Barnett, 69, has not led another football team since leaving CU and admittedly misses coaching. But he’s built a healthy broadcasting résumé, recently wrapping up his 10th year as a regular commentator for Sports USA Radio Network.

He knows he’s got big shoes to fill.

“I could never replace Larry Zimmer,” says Barnett, who lives in

Boulder and Carefree, Ariz. “I am hoping to compliment Mark Johnson with my insights on the game from a coaching perspective.

It will be different from Larry’s perspective or from the perspective from a former player.”

He says current head coach Mike MacIntyre is “on the right track” with CU football and says “patience by those in charge is imperative.”

“It is a work in progress,” Barnett says. “Mike took over a program that was in a deep hole. It takes a while to fill it in. I think usually it’s a four- to five-year project in most places.”