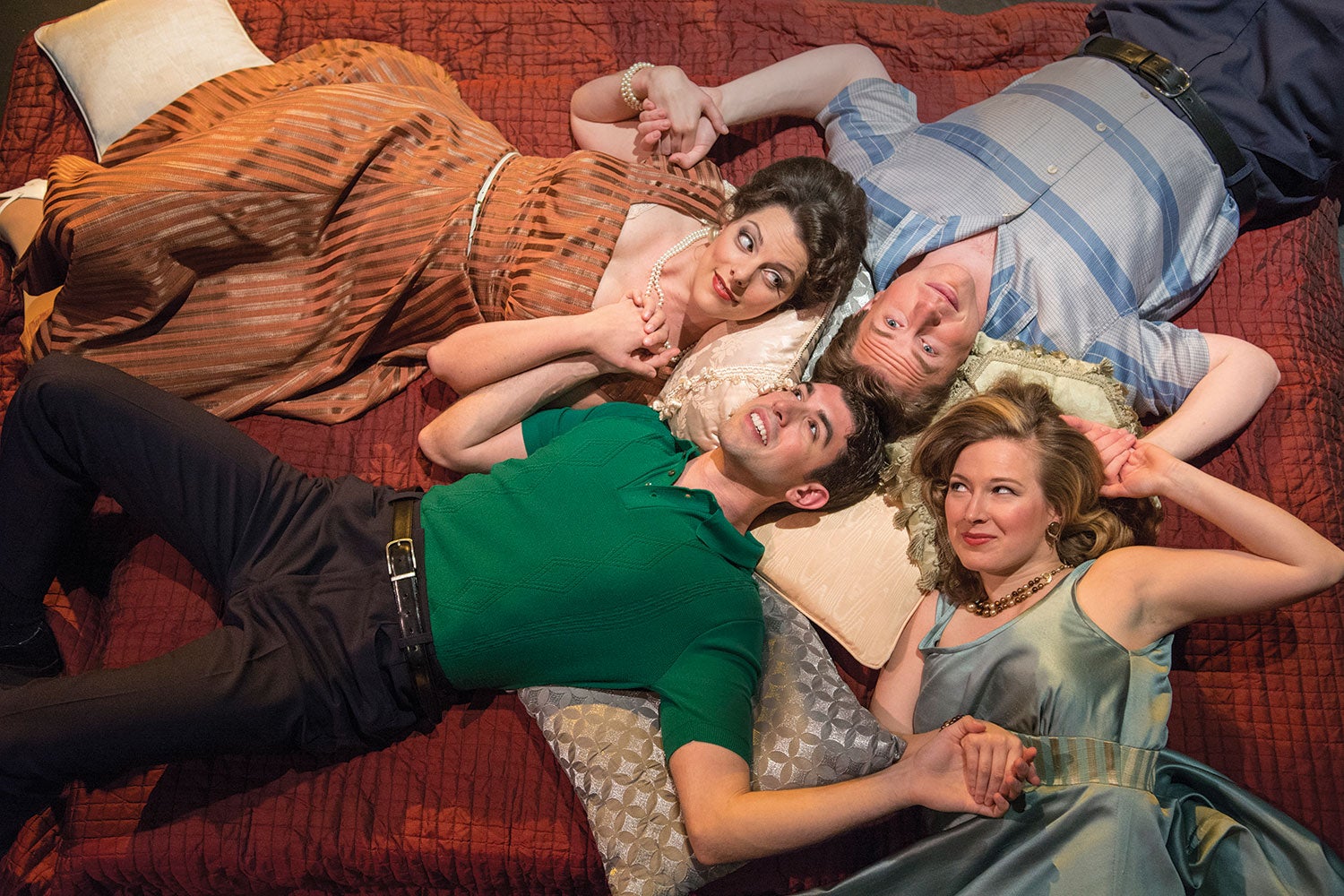 Thank you for this lovely article [“See you at the met,” spring 2015] which shows with in-depth accuracy a glimpse of our lives as singers: learning, rehearsing, performing, auditioning and waiting for the call to come, but especially in a professional/educational program setting like this one!

A three-time CU College of Music graduate who had his fair share of Macky Auditorium stage appearances, and in spite of being a busy full-time performer, I still feel a tinge of jealousy over not being part of those wonderful university productions anymore. Being part of CU Opera had a special flavor, associated with the joy of learning and the pain of growing, both in capability and character we all experienced. One of the most positive learning environments I have ever encountered, you almost wish never to graduate.

I am thrilled for all my colleagues in this Così production, both on the teaching and the learning ends of the process, many of whom are close personal friends and dear to my heart. My only regret is that I couldn’t be there to cheer them on. In fact between mid-September of last year and mid-June of this year I will have seen my home in Boulder for a total of only 96 hours — a testimony to what you can do with an education from CU College of Music.

A Life in the Air

I was excited to read your “Boulder Beat” article “Life in the Air” [Spring 2015]. Bruce Comstock (Econ’66) is an accomplished balloonist and a good family friend. The pilot of the balloon “Yankee Doodle” that Bruce noticed when mowing his Ann Arbor lawn in 1967 was flown by my dad, William C. Grabb. Bruce and my dad were good friends from the moment Bruce got in his car, followed my dad’s balloon and met him when he landed. They shared the joy of ballooning until my dad passed away in 1982.

All of my dad’s children — Betsy, David, and Anne — as well as his grandson, John, attended and graduated from CU-Boulder. Also, his two sons-in-law graduated from CU. It is a small world! We were lucky to grow up with the love of flight and hot air ballooning in our lives. Bruce’s book is for the adventurer in all of us.

I’ve just finished the article about Dave Gallaher recovering data from the 1964 Nimbus program satellites [“The Hunt for Dark Data,” Spring 2015]. Bravo to him and this recovery team; it is no easy job. I know: I’ve just recovered 1969 Mars data on punched cards from our LASP spectrometer on Mariner 6 & 7. In one sense our jobs were easy: We could see the data we were trying to recover. As “born digital” data now represents much of what science and technology creates, the next-generation data archeologists are going to have a harder time.

My Mariner data was salvaged from a pile of punch cards and magnetic tapes that were about to be thrown away. We have a lot of science going on here at CU, and if you have a pile of valuable science dark data that might be lost, then do this: Inventory it, talk to the Norlin Library archivist, Dr. Bruce Montgomery, and get it listed on the ArchiveGrid website and hope someone with resources will find you.

Your piece in the recent Coloradan on Antarctica [“The Hunt for Dark Data,” Spring 2015] reminded me of my own tie to that continent: A mountain there is named after my father.

It was mapped by the United States Geological Survey from surveys and U.S. Navy air photos taken from 1959 to 1965, and was named by the Advisory Committee on Antarctic Names for my father, U.S. Navy Lieutenant Edward J. Galla, who was medical doctor and leader of support personnel at Byrd Station in 1959.