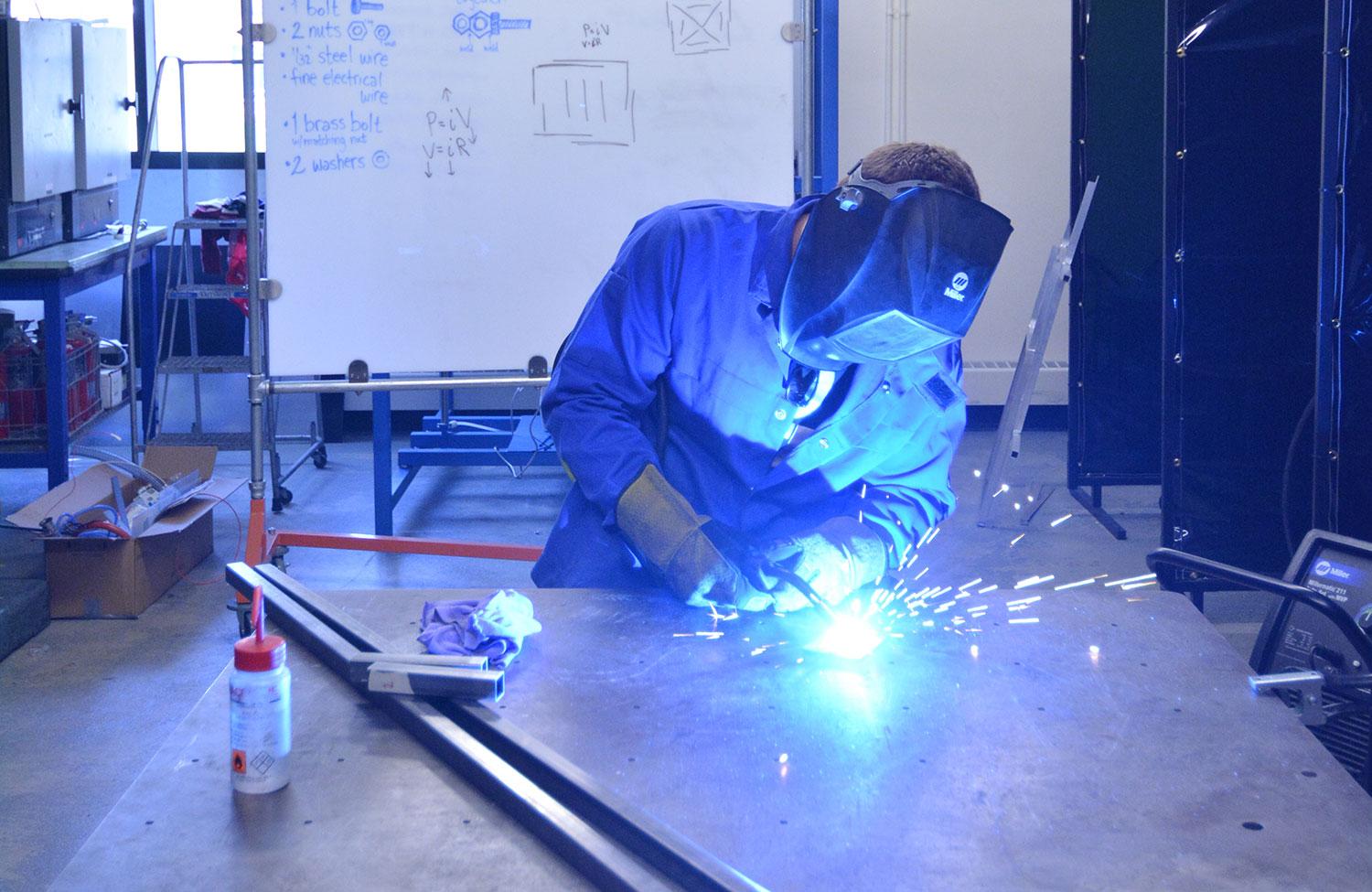 At CU-Boulder’s Idea Forge, students imagine the future. Then they build it.

It’s March 13, the eve of Pi Day (3-14) — hence the pie. Some students eat. Others, masked in safety goggles, attend to hungry grinding machines. Eric Fauble (MMechEngr’15), a graduate student from Golden, Colo., is building a device that simulates microsurgery, a practice tool for neurosurgeons.

Fauble’s work exemplifies what this inventor’s paradise, the Idea Forge, is all about.

“It’s a place where students of every major are welcome and can become familiar with technology and build things, interact and learn things accidentally,” says Idea Forge initiator Diane Sieber, an associate dean in the College of Engineering & Applied Science.

CU-Boulder Engineering already had a machine shop and another hands-on lab, but they are reserved for engineering students only. The Idea Forge, located in the remodeled east wing of the old Fleming Law Building, is open to all students who partner with an engineer, fostering cross-disciplinary innovation. 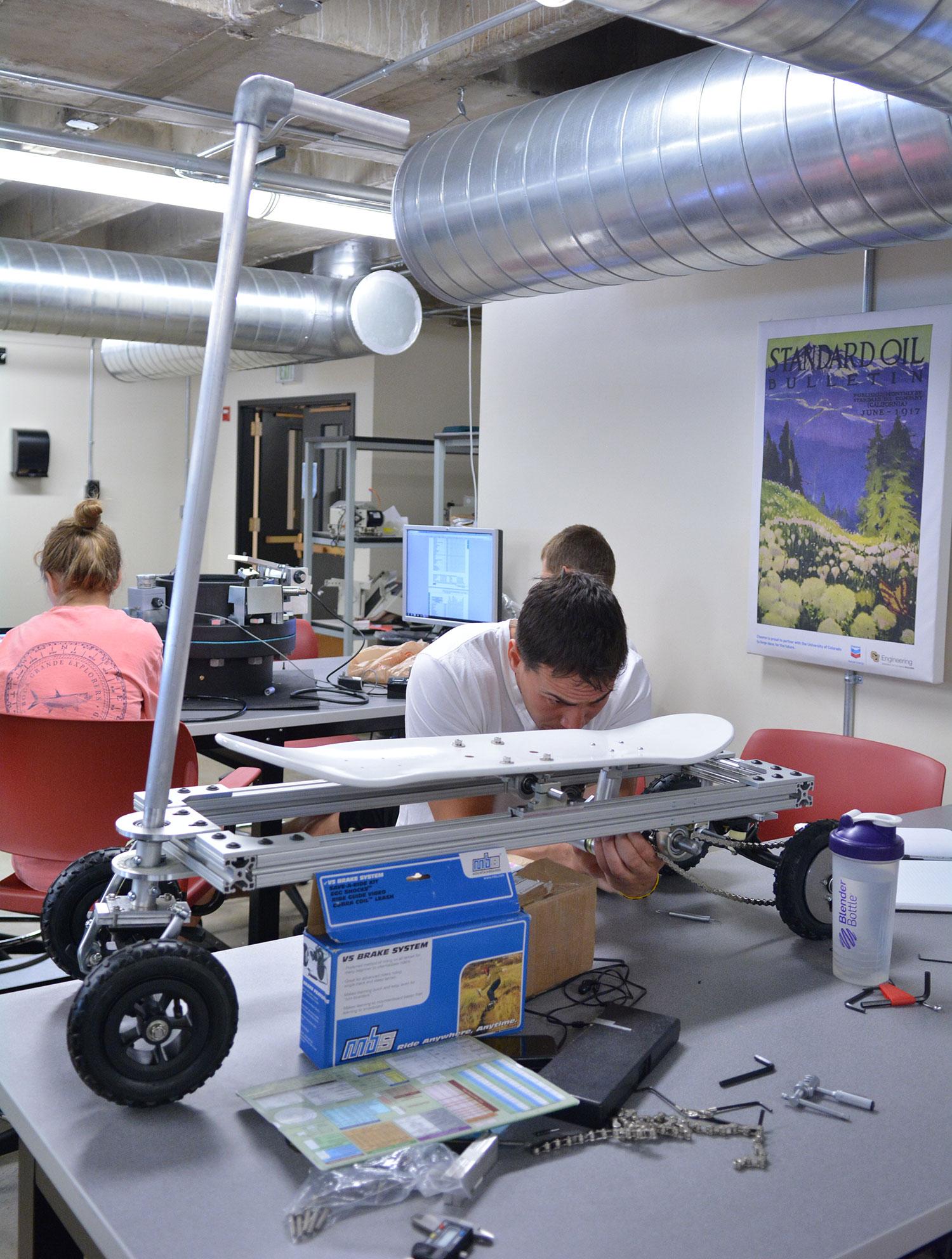 At the Idea Forge, students of all majors can be inventors.

“I believe strongly in the educational value of tinkering and learning publicly,” says Sieber. “One of our instincts is to hide what we don’t know, but here students can enjoy not knowing and instead learn from one another and make things from initial concept to prototyping to manufacturing to selling.”

“By making solar irrigation more affordable, we increase the incomes of farmers and the standard of living in communities,” says Scott.

The Forge came to fruition quickly. Sieber prepared a proposal over winter break in 2013; the space opened nine months later, after extensive remodeling largely sponsored by the College of Engineering.

“It had been vacant for about five years. There was graffiti on the walls. It was a forgotten place,” says Daria Kotys-Schwartz, a mechanical engineering professor who also directs the Forge. “But if you had vision you also knew it had immense potential if we weren’t constrained by closed thinking. We walked through and imagined ‘what if.’”

The result is a 22,000 square-foot, multi-purpose invention lab with band saws, milling machines, drills, sanders, routers and soldering stations, along with welding and meeting rooms, a classroom, offices and prototyping capabilities.

Alex Kreilein (TeleComm’15), a PhD candidate in interdisciplinary telecommunications from Milwaukee, happened upon it almost immediately. Also an entrepreneur who advises clients on mobile app development and information security, Kreilein says he’s deepened his understanding of project management and human-centered design by mixing with mechanical engineers.

“Without Idea Forge, I’d have to spend hundreds of dollars a month on a co-working space that’d likely be filled with people who think just like I do,” says Kreilein.

“The projects seem endless — from little tiny aluminum turbines to 20-foot-long stainless-steel heating systems,” she says. “The first time I saw the welding room I thought I’d spontaneously combust with joy. I feel really excited every time I come here. 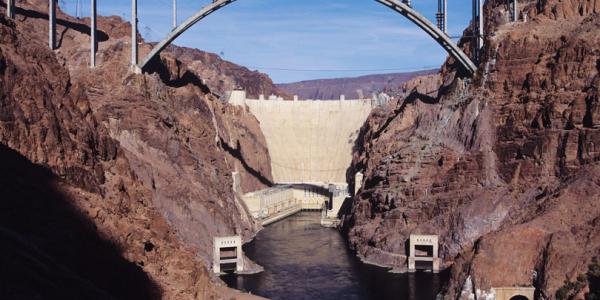 How did Dave Zanetell guide the construction of the Western hemisphere’s longest concrete arch bridge? END_OF_DOCUMENT_TOKEN_TO_BE_REPLACED 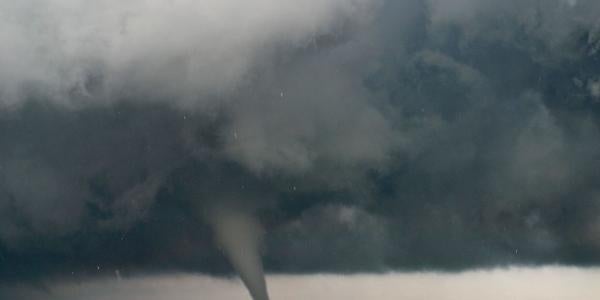 Professor Brian Argrow and his students participate in the largest tornado study. END_OF_DOCUMENT_TOKEN_TO_BE_REPLACED