Home Spring 2015 Paul Danish: A Life in the Air

Paul Danish: A Life in the Air 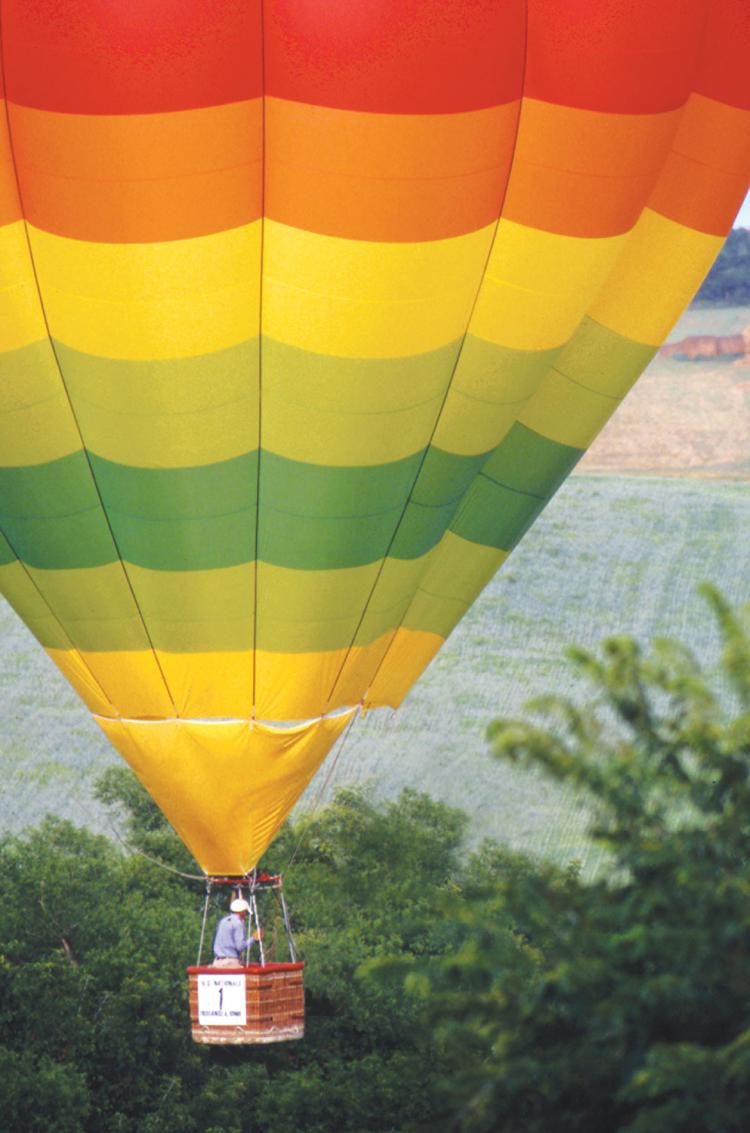 Balloonist Bruce Comstock’s memoir is A Life in the Air.

You know you’re getting old when your roommate publishes his memoirs.

My CU roommate was Bruce Comstock (Econ’66), and fortunately his memoir, A Life in the Air, will keep you young at heart. It’s about how he floated through life. Literally: Bruce is one of the world’s foremost hot air balloonists.

It all began on a pleasant autumn afternoon in 1967, while Bruce was a graduate student at the University of Michigan. He was mowing his Ann Arbor lawn when he happened to look up and noticed a hot air balloon about a mile away.

Bruce and then wife Tucker Comstock (Ger’67) piled into their car and gave chase, already speculating about how much a balloon of their own might cost. By the time they caught up with the pilot, they were hooked.

It was love at first sight but love unfulfilled for three years. That’s how long it took them to save for their first balloon (about $5,400 in 1970) and find someone close enough to teach Bruce to fly.

The day he got his pilot’s certificate, in October 1970, his instructor told him he’d just become one of the grand old men of ballooning: His was about the 40th license issued in the U.S.

Within three months Bruce graduated from novice to instructor, and over the next 30 years he and Tucker pioneered the resurrection of ballooning, which had nearly died out in the world, into a sport with thousands of participants.

Bruce went on to win the U.S. National Hot Air Balloon Championship — six times. He won the world championship in 1981.

He soared to 30,820 feet in an open gondola — becoming one of fewer than three dozen people who had ever been outdoors 30,000 feet above sea level.

Bruce designed, built and flight-tested the balloon autopilots that international adventurer Steve Fossett used in his solo nonstop balloon flight around the world in 2002.

For many years, the Comstocks ran a balloon manufacturing company.

Then Bruce decided he wanted to do something different. So he took up hang gliding.

“I have lived in two parallel limitless worlds,” he says. “One of these is the sky, where one can float above and through vast natural beauty. The other is the mind, where anything is possible…Many people feel lucky when they discover ‘the sky’s the limit.’ Within the mind, there is no limit.