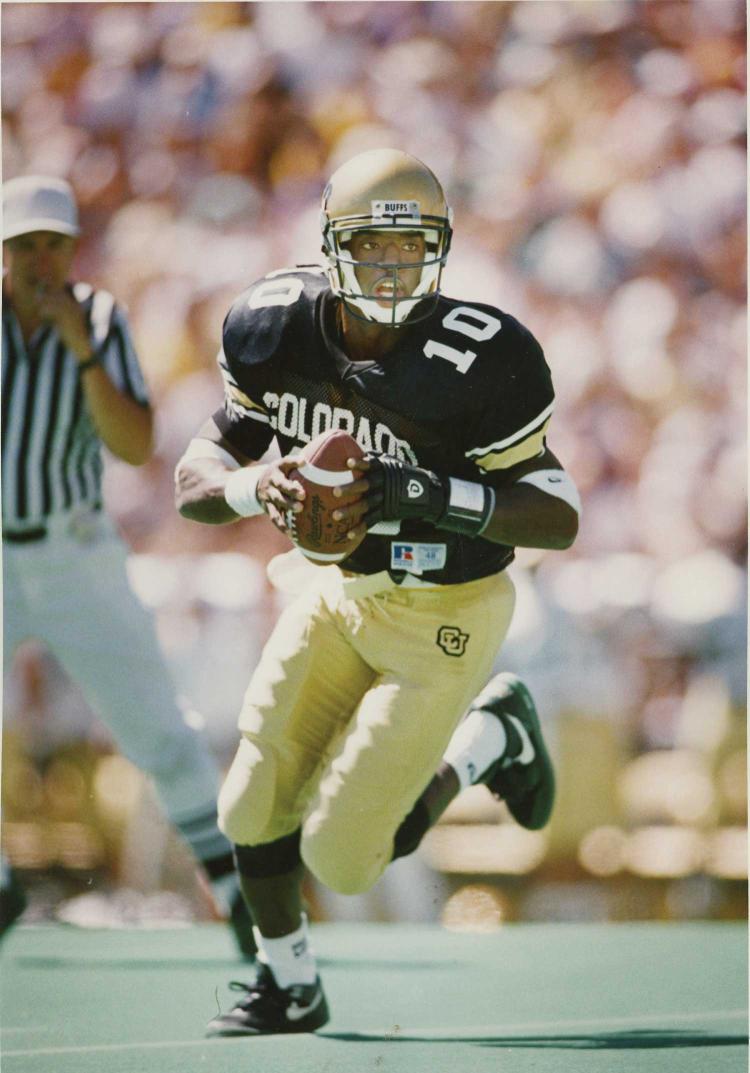 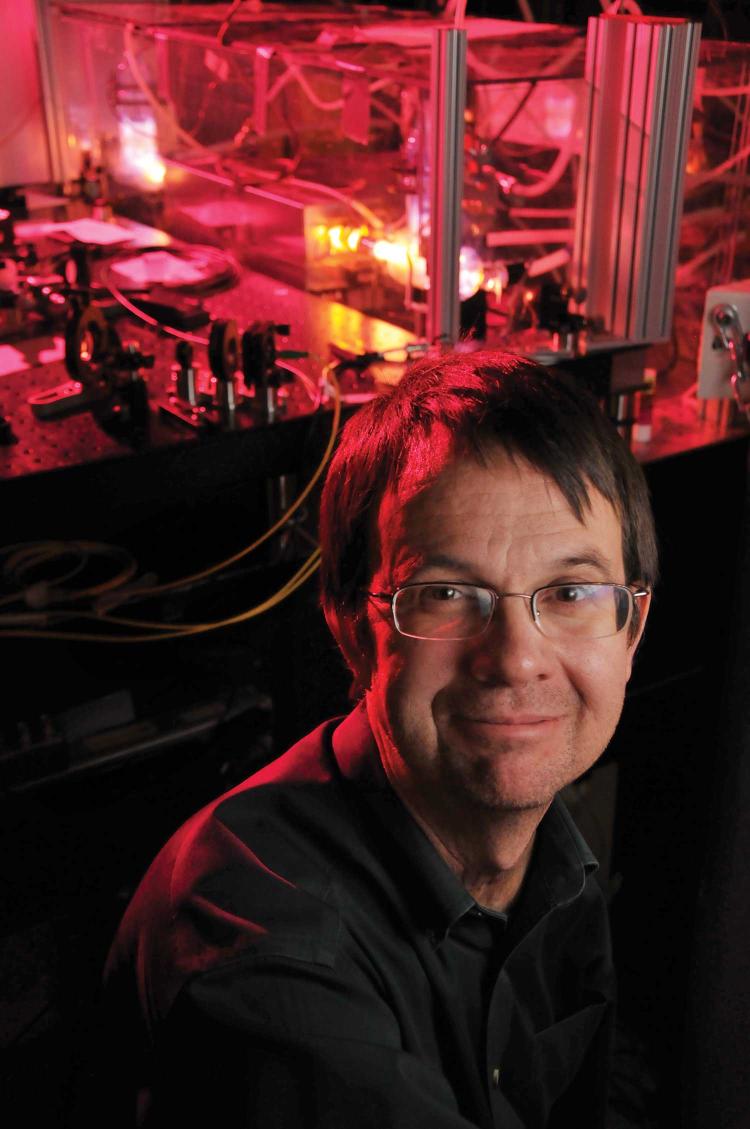 I can recall literally jumping for joy only two times in my adult life.

One occurred on Sept. 24, 1994 — it’s hard to believe it was 20 years ago — when Kordell Stewart threw The Pass to Michael Westbrook, who made The Catch, on the final play of a CU-Michigan game in Ann Arbor.

Stewart uncorked the pass with six seconds left in the game and CU trailing 26-21. The pass went more than 70 yards in the air and was somehow grabbed by Westbrook in the midst of a clutch of Michigan defenders to win the game.

I was watching the game in the kitchen of the house on Grandview Street where Sue Diehl (MJour’82) and I were living. The TV was on the counter. I recall hovering above it for several seconds, but that was probably a mere out-of-body experience.

Anyway, by the time I came down, a howling, horn-honking, high-fiving, foot-stomping celebration was underway all over The Hill. It went on for hours.

The Hail Mary pass play is rarely tried and even more rarely successful. It resonates because it embodies some things we humans deeply believe in, or at least want to believe in: Putting everything on the line, fighting to the end, going down swinging and, on rare occasions, snatching victory from the teeth of defeat and winning eternal fame. It’s a perfect metaphor for how most of us hope life plays out, even if it rarely does.

I was back up in the air on Oct. 9, 2001, when it was reported that CU-NIST physicists Eric Cornell and Carl Wieman had won the 2001 Nobel Prize in Physics for having created the first Bose-Einstein Condensate. Or as the Royal Swedish Academy of Sciences put it in its news release: “They have caused atoms to ‘sing in unison’ — thus discovering a new state of matter, the Bose-Einstein condensate.”

Talk about wanting to teach the world to sing in perfect harmony.

A Bose-Einstein Condensate is a super-thin cloud of a couple thousand atoms that have been cooled to a few billionths of a gnat’s eyebrow of absolute zero, which causes all the atoms to behave as if they were a single super-atom. The cloud’s theoretical existence was predicted by Satyendra Bose and Albert Einstein in 1924, but it wasn’t until 70 years later, on June 5, 1995, that one was actually created — at JILA by Carl and Eric. (JILA is a joint research institute of CU-Boulder and the National Institute for Standards and Technology.)

Eric lived about a block away from us on The Hill, and Sue and I got to know him and his wife, Celeste. It’s super-cool when one of your neighbors wins a Nobel Prize.

Although The Pass and The Prize represent two different dimensions of excellence at CU, they have some things in common:

They were both physics experiments.

It took years of personal preparation to pull them off.

And, of course, who dares, wins.