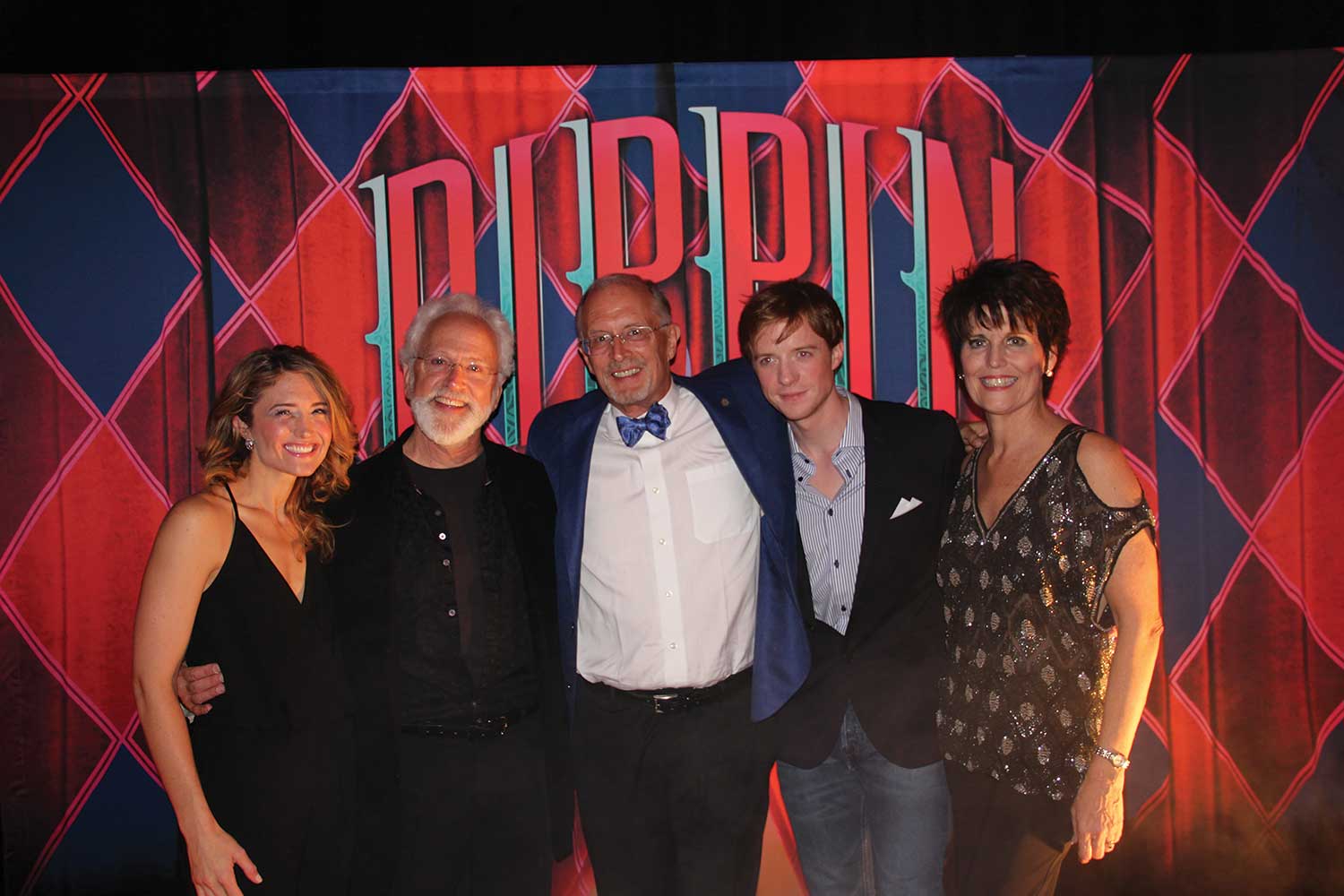 Randy Weeks (center) of the Denver Center for the Performing Arts with the cast of “Pippin.”

Randy Weeks (Mktg’79), a fun-loving, bow-tie-wearing risk-taker who helped make Denver’s reputation as a center for top-notch professional theater, died Oct. 9 in London. He was 59 and overseas for a conference.

Known to some as “Mr. Broadway of Colorado,” Weeks began his theater career as a CU-Boulder student, taking a box office job at the Denver Center for the Performing Arts in 1978. By the time of his death, he had been DCPA’s president for almost a decade.

In a career marked by success, daring and the admiration of colleagues, Weeks presented more than 400 DCPA shows, including the openings of nearly a dozen national touring productions, among them “The Book of Mormon,” the Tony Award-winning sensation created by Matt Stone(Art, Math’93) and Trey Parker (A&S ex’93).

In 1992 he opened the center’s cabaret-style Garner Galleria Theater, which hosted hits that included “Forever Plaid” and “I Love You, You’re Perfect, Now Change,” the longest-running production in Denver theater history.

“His taste was so superb, so right on,” Nancy Gibbs, a New York producer who worked with Weeks, told The Denver Post. “He knew what the Denver audience wanted.”

Weeks also was instrumental in establishing Denver as a place to launch national shows, and he brought riskier Broadway musicals to town, including the Pulitzer Prize-winning “Next to Normal,” about a bipolar woman grappling with the death of a child.

“It is unquestionable that Randy left an indelible mark on Denver, Colorado, and the national theater community,” DCPA chairman and CEO Daniel L. Ritchie said in a published DCPA tribute.

Born in 1955 in Durham, N.H., Weeks joined DCPA full-time after college and later worked at the Kennedy Center for the Performing Arts in Washington, D.C. He returned to DCPA in 1989 and never left.

After being named president in 2004, he continued as executive director of DCPA’s Broadway touring division.

A friendly, upbeat person, Weeks was optimistic, playfully competitive (not least on the golf course), and a good dancer, according to people who knew him.

He was also a devoted CU-Boulder alumnus — a football fan and a supporter of the Kappa Sigma Fraternity, whose members he hosted at the theater.

“The arts in America have truly lost one of its greats today,” actor Kris Andersson of “Dixie’s Tupperware Party” wrote in a Facebook tribute cited by DCPA.