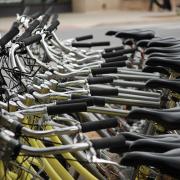 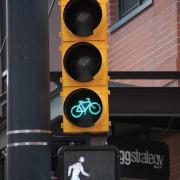 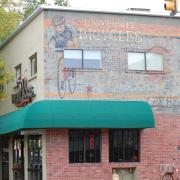 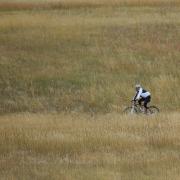 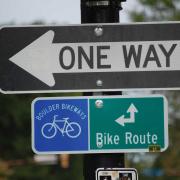 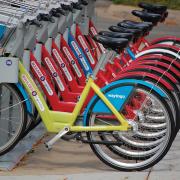 Boulder knows cyclists: Andy Hampsten, Tyler Hamilton, Ted King and the Phinney family have all blazed down the local roads and trails.

But even in bicycle country, elite cyclists are a minority. It’s ordinary riders — students, commuters, amateurs of all stripes — that sustain the city’s bike-friendly culture.

If no American city rivals Amsterdam, where bicycles outnumber people and more local trips are by bike than car, Boulder is making headway. Not every city has more than 300 miles of dedicated bikeways or traffic lights just for bikes.

There’s more to come: Through its “Living Laboratory” program, Boulder has installed or is considering a variety of pilot projects to promote safe bicycling, including buffered bike lanes and new rules requiring motorists to back into parking spots at angles, providing greater visibility upon departure. 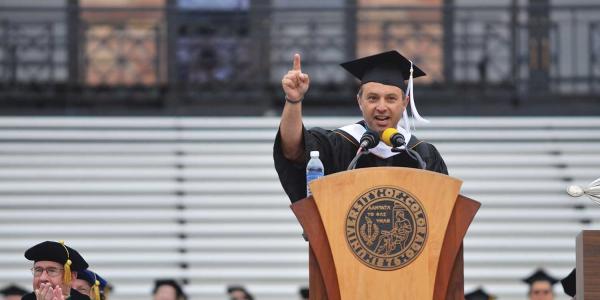 When Eric Stough (Film’95), animation director and producer of South Park, spoke during spring commencement, he related his work as an animator to life, emphasizing the importance of each moment. END_OF_DOCUMENT_TOKEN_TO_BE_REPLACED 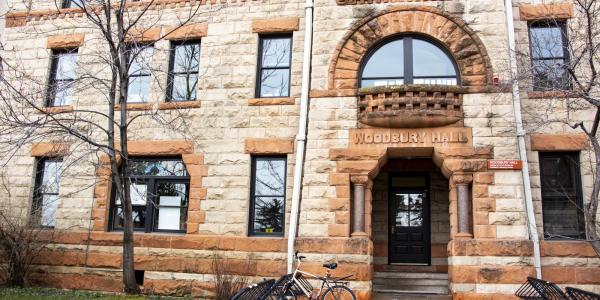 Then and Now: Woodbury Arts and Sciences Building

Woodbury served as a temporary hospital during the 1918 influenza epidemic before being converted to the business school in the 1920s. END_OF_DOCUMENT_TOKEN_TO_BE_REPLACED 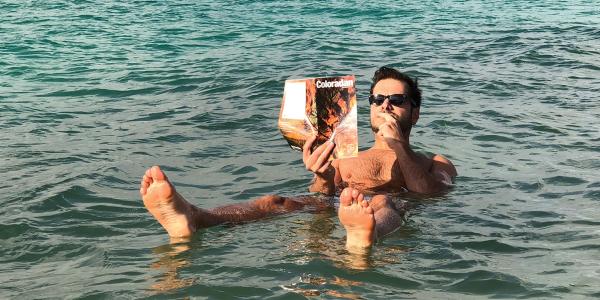 Where do you read the Coloradan? Paolo Estefania brought his to the Dead Sea. END_OF_DOCUMENT_TOKEN_TO_BE_REPLACED