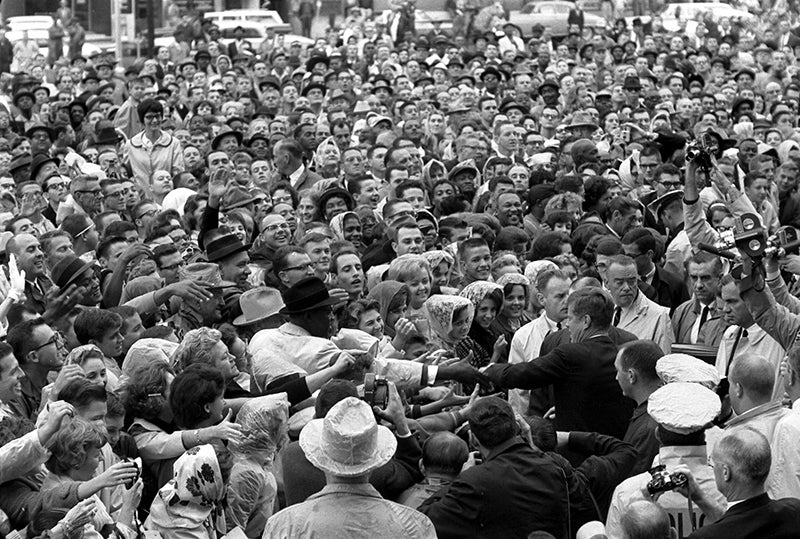 It was Mike Fallert (A&S ex’64), a Colorado Daily editor. I was editor-in-chief.

Ye gods! Could it be true?

I flipped on the radio. It was true.

The phone rang again. It was journalism professor John Mitchell, a Daily staff mentor. He was at the paper’s office.

He strongly recommended we put out an extra.

Putting out an extra defied logic. It would be old news before the ink dried, and it would be distributed late Friday afternoon on a largely deserted campus. But newspaper people instinctively respond to a crisis by putting out newspapers.

I made a snap judgment while driving in. We would put out an extra.

The atmosphere in the newsroom was one of excitement, crisis, anger, fear and brittle professionalism. Our world had been shattered. We were liberals. JFK was our hero.

The Daily’s UPI teletype machine was going nuts every five or 10 minutes, ringing five bells, the signal that a big story was moving.

There was only one story moving that day.

“The Camera won’t print us, but Pruett [a Boulder printer] will print a one-page broadsheet for us,” Mitchell told me. “We’ll have to set our own type.”

So we took copy from the UPI machine, retyped it into double-wide newspaper columns on the best typewriter we had and pasted up something vaguely resembling a newspaper page.

The Camera agreed to handset a couple headlines for us, including a two-inch-tall banner announcing the president was dead. Other headlines were hand-lettered.

The lead story was cobbled together from the UPI wire. We were so rattled that one paragraph was repeated three times.

In terms of production and content, it was junk. Yet, it perfectly encapsulated the chaos and horror of that day. Not in spite of its errors but because of them.

My most lingering memory was when Daily staffer Bruce Comstock (Econ’66), a close friend, and I drove to CU Vice President Eugene Wilson’s house at the foot of Flagstaff to deliver the extra. Several administrators were in his living room looking ashen and poleaxed — and instantly much older. It was the first time I genuinely saw them as human beings instead of authority figures.

Paul Danish (Hist’65) firmly believes newspapers are the first draft of history, which explains why history contains so many typos.