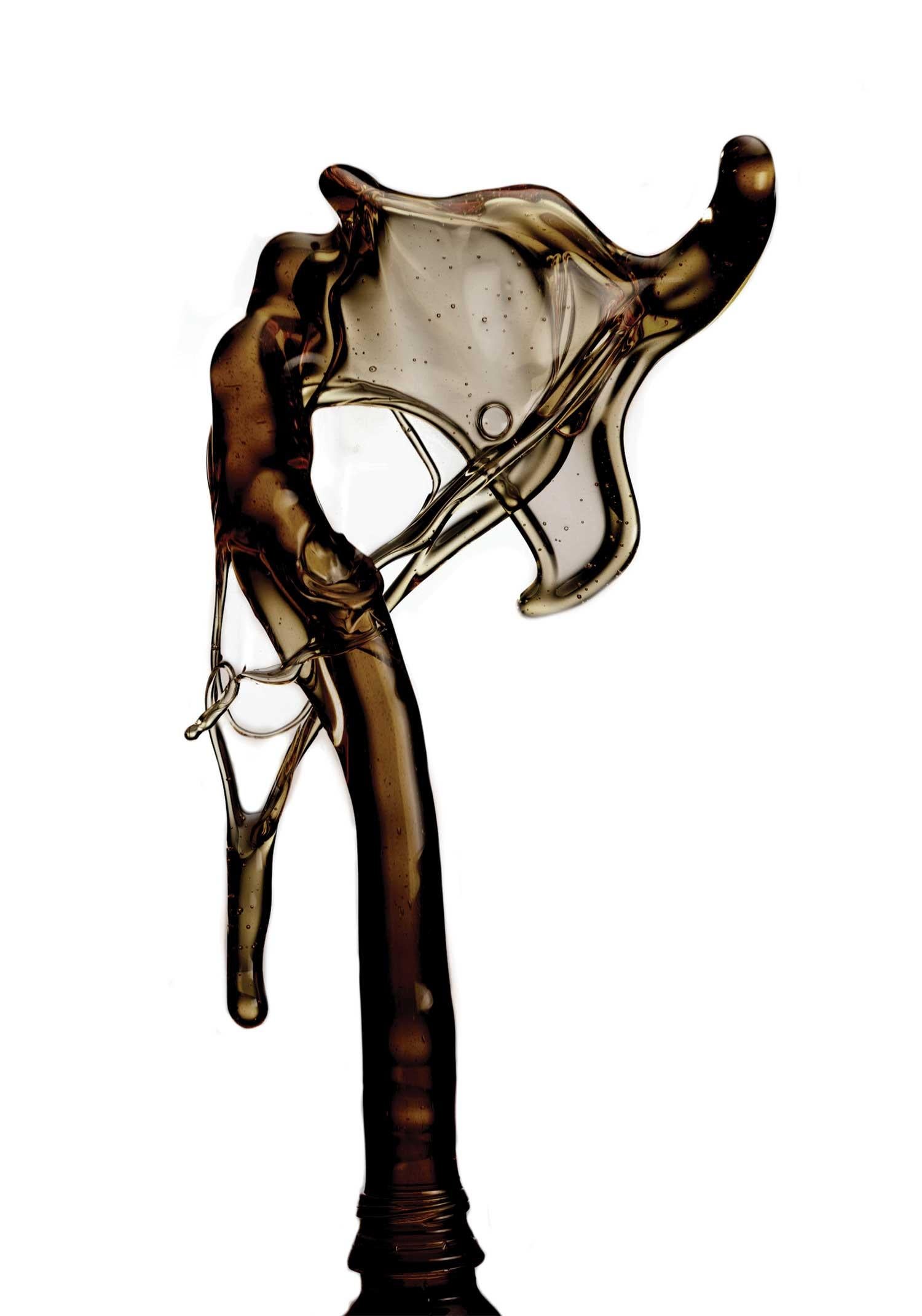 In an unprecedented study, CU professors and students are exploring ways to maximize the benefits of oil and domestic natural gas extraction while decreasing potential negative impacts on the environment and communities.

What the researchers find in their water could help shape the future of the new boom in oil and natural gas production in America. Dehart and other researchers from California State Polytechnic University are studying the concentrations of methane and organic compounds in groundwater near the oil and natural gas operations as part of a CU-Boulder-led $12 million, multipronged grant funded by the National Science Foundation. The five-year grant includes 27 researchers from nine universities and federal agencies.

Their work focuses on unconventional drilling technologies like horizontal drilling and multistage hydraulic fracturing, a process of pumping a high-pressure mix of water, sand and chemicals into tight shale formations to unlock oil and natural gas. Both technologies have fueled recent drilling booms across the nation. At the end of the day, the researchers hope to find ways to maximize the benefits of domestic oil and natural gas extraction while decreasing potential negative impacts on the environment and communities. It is work that provides an opportunity and a challenge to seek objective answers while navigating through a debate that on the surface seems to have little common ground.

At its core, the controversy surrounding hydraulic fracking boils down to the fact that these new drilling technologies place rigs in Americans’ backyards, both figuratively and literally, forcing us to confront a connection between resource use and environmental impacts that many have long been able to ignore, says Patty Limerick, faculty director and board chair of the Center of the American West and the grant’s co-principal investigator.

It’s one thing to talk about a middle ground when you live in Denver, but when people are concerned about their kids’ health, they’re pretty adamant about it.

In the past, resource extraction occurred abroad or at least away from population centers. Today it’s moving into agricultural fields, neighborhoods and within view of millions of people, making us aware of the true costs of our energy use, she says.

Joseph Ryan, a CU-Boulder professor of environmental engineering and faculty director on the project, puts it another way.

“We all recognize that we’re consumers of energy,” he says. “We’re creating demand for energy and that energy has to come from somewhere. As much as we may not like it to come from our proverbial backyard, how do we figure out the appropriate level of caution to make sure it’s done safely?”

Their pursuit of answers to this question has landed CU-Boulder researchers in the heart of communities grappling with the dueling realities of America’s thirst for energy and the unpleasant effects of resource development.

One of those places is Weld County in northeastern Colorado where Dehart is studying the potential for organic compounds in hydraulic fracturing solutions and other drilling fluids to contaminate shallow groundwater. In the 50-mile drive east from her Boulder laboratory, Dehart says the changes in the landscape are vast. 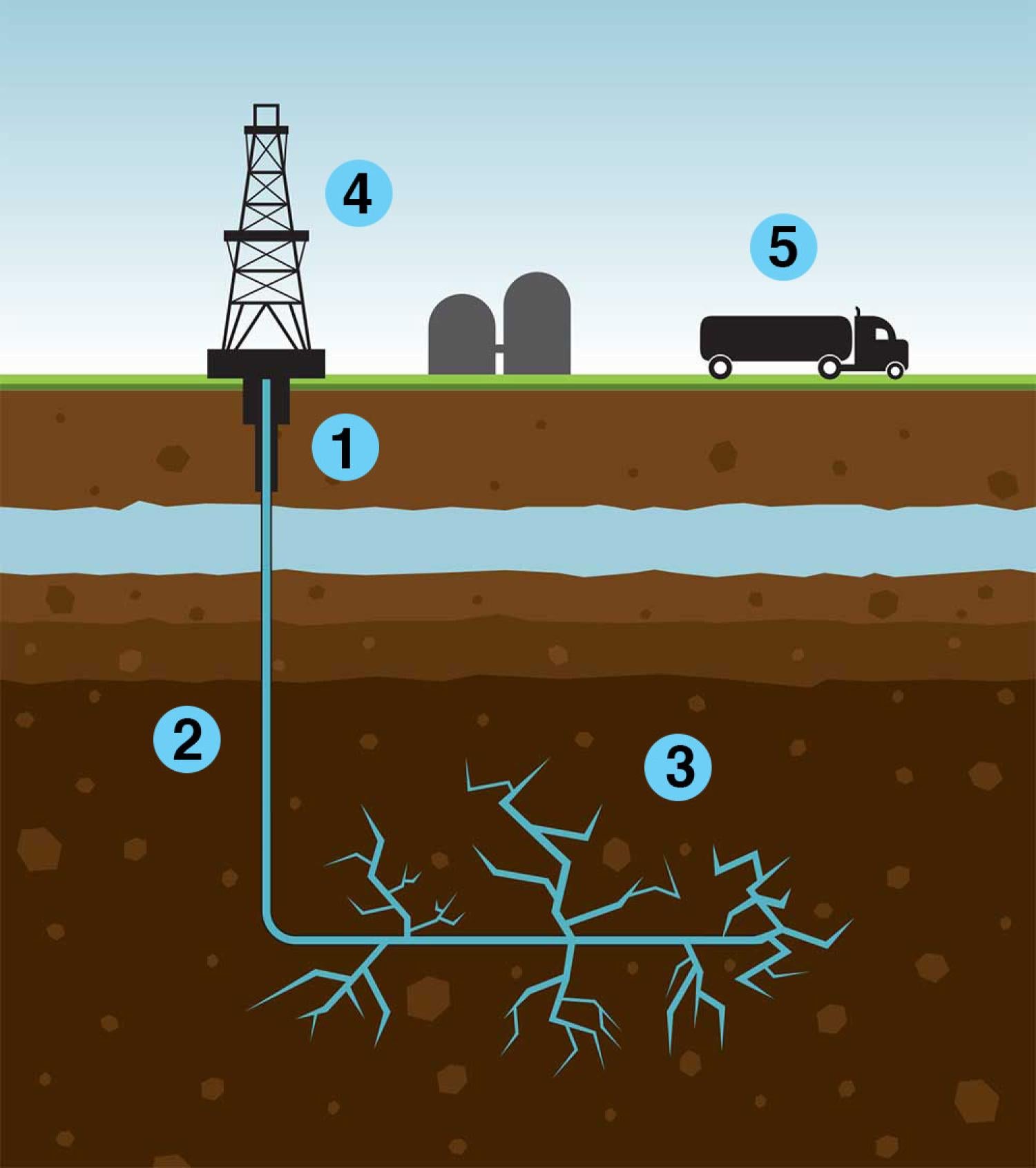 1: Well is drilled and lined with steel and cement.
2: Water, sand and chemicals are pumped in.
3: Sand particles prop open fissures, and gas escapes to the surface.
4. Gas flows out of the well.
5. Gas is trucked to the pipeline.

“There were times when I was driving on some country road, and without trying too hard I could see eight active rigs,” she says. “It was wild to see the density of development occurring.”

During the past decade, annual drilling permits issued in Weld County have surged more than threefold from 757 to more than 2,200 last year, pushing well pads close to and inside the area’s swelling suburban development. As a result, residents living near the drilling are hungry to find out what kind of impact the extraction is having on their quality of life, Dehart says. Some residents even escorted her and her colleagues to homes of their friends and families, so their water could be tested as well.

On the other side of the Rockies, researchers contributing work to the grant have set up shop in central Colorado’s North Fork Valley. The area has become engulfed in the drilling debate after the Bureau of Land Management proposed allowing oil and natural gas development on public lands near ranches, vineyards, homes and farms. Ashley Collier, a civil engineering graduate student, is working with local high school students, business owners, residents and conservationists to deploy low-cost air quality monitors so citizens can track air quality before and after development occurs, if it does. While Collier’s research is primarily funded by CU’s Office for University Outreach, her project is partially funded by and contributes to the National Science Foundation grant.

For the 26-year-old who calls Denver home, the fieldwork has been eye-opening. She has seen how the debate has altered life in the valley, like when one resident who agreed to host an air monitor at his house asked to remain anonymous for fear that associating with the project would damage his business. And Collier has learned of the gravity of the industry’s potential environmental impacts. In a place so rich in agriculture, vegetable and fruit produce is sometimes picked and delivered to schools the same day. If a spill reaches an irrigation ditch and isn’t reported until 24 hours later, the chemicals could already have contaminated lettuce in school lunches, Collier says.

“It’s one thing to talk about a middle ground when you live in Denver, but when people are concerned about their kids’ health, they’re pretty adamant about it,” she says.

Though the speed and intensity of the current drilling boom has sent economic and social shock waves across the nation, it is really just another ripple in the larger scope of history, says Limerick. From the California Gold Rush to the race among the West’s pioneering ranchers to secure water sources and grazing land, the transition to societal order after the sudden discovery of riches is often difficult, Limerick says.

“It’s hard to know where you would look in Western history where you wouldn’t find this pattern of resource boom and then a strain on social operations,” she says.

Part of the center’s role in the grant is to help people better understand the issue by framing what has become known as the “fracking” debate within the arc of history. It is a task the center has taken on before with issues like mining waste cleanup, water resources and land use. That context helps to ease what can be a “crushing experience of urgency and bewilderment and befuddlement,” Limerick says.

As the grant’s scientists begin reaching conclusions and publishing their research, the center will take the lead in shepherding that information into the public sphere. Publicizing such data-driven findings could have true potential to change the fracking conversation, says Ryan, the environmental engineering professor.

“There’s nobody else who has the resources to approach it the way we do,” he says. “We’ve got people who can make a real contribution to this to try to convince people that there’s a better approach to solving this problem than debating one side or the other.”

While traveling the world to understand everything there is to know about caffeine, Murray Carpenter uncovers some shocking surprises. END_OF_DOCUMENT_TOKEN_TO_BE_REPLACED 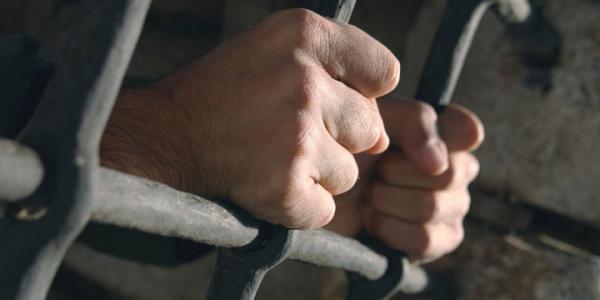 Professor Michael Radelet is one of the nation's capital punishment experts. END_OF_DOCUMENT_TOKEN_TO_BE_REPLACED 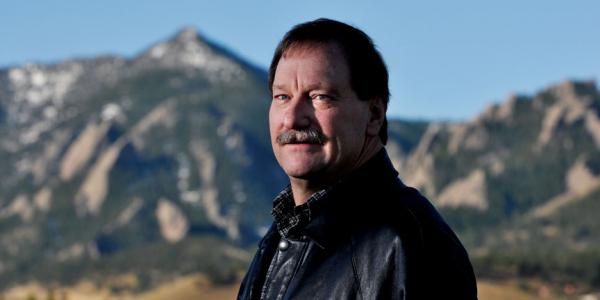 In the United States we import about two-thirds of the oil used to fill the tanks of our vehicles. END_OF_DOCUMENT_TOKEN_TO_BE_REPLACED