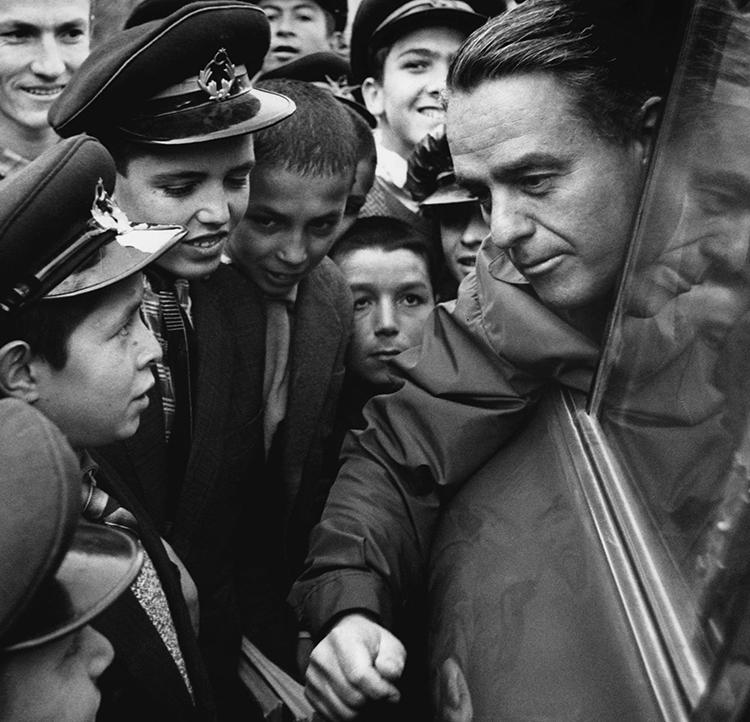 Legacy of Peace Thank you so much for sending me copies of the article “Legacy of Peace” [March Coloradan, pages 20-25] you wrote about my father [Sargent Shriver]. It was a really great piece, and I am grateful that you shared it with me.

I just read with great interest the “Legacy of Peace” article by Christie Sounart (Jour’12) in the March 2013 issue of the Coloradan. I have one minor correction to the statement on page 23: “But until the early 1990s, volunteers trained in America.” This is not correct.

I served on Peace Corps staff in Sierra Leone as the associate Peace Corps director for rural development from 1975 to 1978 and we did all of our training in Sierra Leone, not in the U.S. I also served in the PC/Washington’s Office of Programming and Training Coordination (OPTC) from 1978 to 1981 and know that most countries were doing their pre-service PC training in country, not
in the U.S.

I was a CU graduate in 1960 with a B.A. in political science and also received my master’s in geography under Gilbert White from CU in 1974. I was a Peace Corps volunteer in the first group of teachers going to Tanganyika in 1963. My roommate for the first year Ardis Gaither (A&S’63) was the student body president in 1962-63, I think. He died some years ago near Sweetwater, Texas, where he grew up.

I have spent my career working in international development and am still doing some consulting. I returned to live in Boulder in 2007.

My copy of the Coloradan arrived today.Great job. Christie Sounart (Jour’12) took lots of information and perspectives, including my own, and put it all together in a most readable, enjoyable and understandable piece on the Peace Corps. Good work.

I know that Dave Carlson (PolSci’64, MA’69) was planning to go back to Nepal for an all-too-short visit.

He may even be there now.

One of the other volunteers in my group (Nepal III), though not a CU grad, became an ambassador twice over and recently wrote a big book on Afghanistan. And another is somewhat related to the story “From Hostages to Hollywood,” as he was one of the hostages in Iran who did not get out for 444 days. Several of my fellow volunteers went into USAID, the military and NGOs. All got involved.

Suggestion: Is there any possibility of placing this article in the campus newspaper to alert current students of the possibility to become future volunteers? Just a thought.

From Hostages to Hollywood

I read the article “From Hostages to Hollywood” [March Coloradan, pages 6-11] with great interest, fascinated with the story behind the escape. Afterwards I was musing over it when suddenly I remembered that I had the opportunity to see the plane the hostages were on after they left Iran.

I was in the Air Force, stationed at Hellenikon Air Base outside of Athens. Of course, the release of the hostages was big news, and we heard that the plane would have a stopover at the base. I was on duty that night near the flight line when we heard that the plane had landed. I went out and wandered over to near where it was parked, but, as I recall, not very close because I believe there were some armed guards stationed around it.

The plane was in darkness. I was hoping that I would have a glimpse of the hostages — maybe they would deplane briefly to stretch their legs. Or maybe I would see some faces through the windows. No such luck as the plane remained closed and guarded, so eventually I went away. It’s a fun memory, but I feel a little sad now that I did not have a camera with me to record the historic moment.

Congratulations to Tony Mendez (Art ex’59) for engineering the feat and concocting an incredible cover. Thanks to Nancy Averett (IntlAf’89) for an entertaining and well-written story. As a CU alum and parent, I’m proud to be related to you both through the
alumni family.

It felt like six degrees of separation to find out that Tony Mendez (Art ex’59) studied art at CU in the 1950s. As a freshman in fall of 1980, I recall the number of days the hostages were held reflected on the Flatirons until they were released. It made me pay more attention to world events. And what a nice bit of movie trivia to find out that the award-worthy director Ben Affleck agreed to name his movie character’s son Ian, after Mendez’ son who died of cancer.

I enjoyed the article in the March edition of the Coloradan about CIA operative Tony Mendez (Art ex’59). Both of us attended CU in the 1950s. My wife commented on the similarity
of our appearances.

I guess I have been lucky in not being picked up for my overt global activities as a petroleum geologist, having been mistaken for my look-alike’s covert activities, in the years past.

In the March Coloradan, I found the “From Hostages to Hollywood” article very interesting but I have a question. The article states that Mr. Mendez is 72 years of age and was attending Colorado in the mid-1950s. If Mr. Mendez is 72 years old, he was born in 1940 and would have been 14 years old in 1954. Is there something wrong with these figures or was Mr. Mendez a boy genius attending CU at age 14? I do not recall any 14-year-old at CU during my time
at school.

[Editor’s Note: Thanks to you and a few others for catching our error, Larry! Tony attended CU in the late 1950s, so his degree should have read (Art ex’59).]

As a devoted Coloradan reader (I never miss an issue) and proud CU alum, I really enjoyed the feature on Tony Mendez (Art ex’59). Having just watched the movie, I’ve been having fun reciting to family and friends the things in the article that they didn’t know about him — and then proving it by sharing the article with them.

Where in the World? 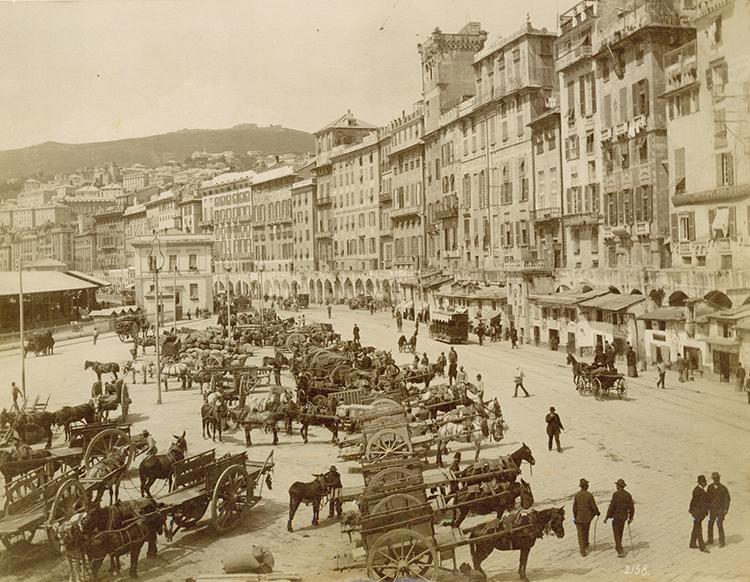 I found the image from the Wolff Collection that you used for the alumni magazine online. While the image looks great and I am thrilled to have publicity for the collection, the text describing the collection gives an inaccurate impression of the collection. I refer to this sentence: “Consisting of approximately 7,000 original photographs largely from the 19th and early 20th centuries, the collection is one of the country’s largest and broadest in scope in terms of photographic publications.”

[Assistant Editor’s Note: We received more than 80 e-mails from you with location guesses concerning our “Where in the World” contest. We had answers ranging from San Francisco to Spain, with many of you correctly guessing the location as Genoa, Italy. Congratulations to Doug Roland(MLing’94, PhD’01) who was the first to correctly identify the photograph and sent in a present-day photograph to prove it.]

Where Are the Women?

I read the Coloradan month after month and I couldn’t help notice that in this month’s edition, the first 24 pages of features are devoted to stories about men.

In fact, other than the editor’s photo there is not one picture of a woman until page 23. As I continued, there are even more stories about men until the sports section. I think there are a total of two feature stories on women.

Really? Is it that the women who went to CU have done nothing notable? I have to believe that there are accomplished female alumni who could be featured. I went to school with many who are now scientists, doctors, writers and in public service. Please try a little harder to find these women and share their stories.

[Editor’s Note: Thank you for writing and sharing your thoughts on the predominance of males in the March issue. I totally agree with you. In every issue we try to strike a balance between male and female features and shorter stories, and the March issue fell short. This issue is full of stories of women entrepreneurs and pioneers.]

Coloradan invites you to share your thoughts, story suggestions and news by contacting the editor by e-mail, mail or fax 303-492-6799.