With the passage last fall of Colorado Amendment 64 legalizing marijuana for those 21 and over for use in private (not in public), it was the end for me of a long strange trip that began 49 years ago.

I was editor of the Colorado Daily when CU’s first big pot bust occurred in February 1964. A dozen CU students were arrested for marijuana possession and use. Several were arrested in the UMC grill. Keep in mind that in 1964 pot was rare and exotic.

My first reaction was “Great story!” I had just reworked the Daily’s layout into true tabloid, and the story was perfectly suited for it, so we ran with it. Not that we had much choice; it was a big story. But we were not judgmental or flip. The consequences were too serious for the defendants.

My personal feelings at the time were mixed. I knew about half of the defendants personally and I knew they were all smart and good students. Some had academic scholarships, so there was an immediate cognitive dissonance between reality and the reefer madness narrative. I was more shocked by the lawbreaking than the drug use.

Naturally, a media circus ensued, with the late Rocky Mountain News leading the pack. The thing that most outraged me at the time was the way the Rocky Mountain News used the story to trash CU. The father of one of the students was so mortified by the press coverage that he quit going to work and wouldn’t come out of his home. After a couple of months he committed suicide. Then, as now, the drug war produced a lot of collateral damage.

In 1964, marijuana use was a felony, and Boulder was a socially conservative town.  The students were in a heap of trouble. The possibility of them doing some serious hard time was real.

But they mostly beat the rap. That was because Boulder District Judge William Buck (A&S’31, Law’34), a no-nonsense, fair-minded conservative, took a cold-eyed look at the Colorado marijuana law — and promptly declared it unconstitutional on April 20, 1964 of all days. Far out. The stunned defendants walked. The stunned Colorado Supreme Court overruled Buck and reinstated the law the following year.

Why did the CU Twelve choose to smoke pot in the first place? Partly because it was illegal, of course. The thrill of using a forbidden substance and sticking a finger in the eye of established authority was at least as attractive as the high.

It’s been like that for 49 years, but the times they are a-changing.

A few weeks ago, I asked a friend who’s been smoking pot since he was at CU in the late ’60s how it felt to smoke now that it was legal. 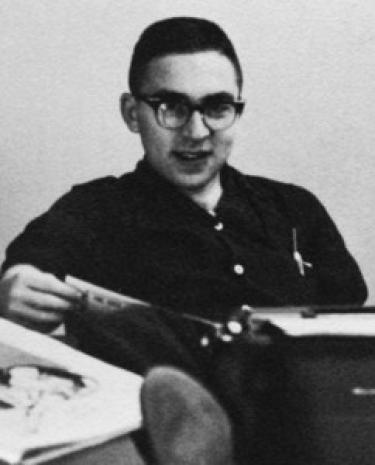