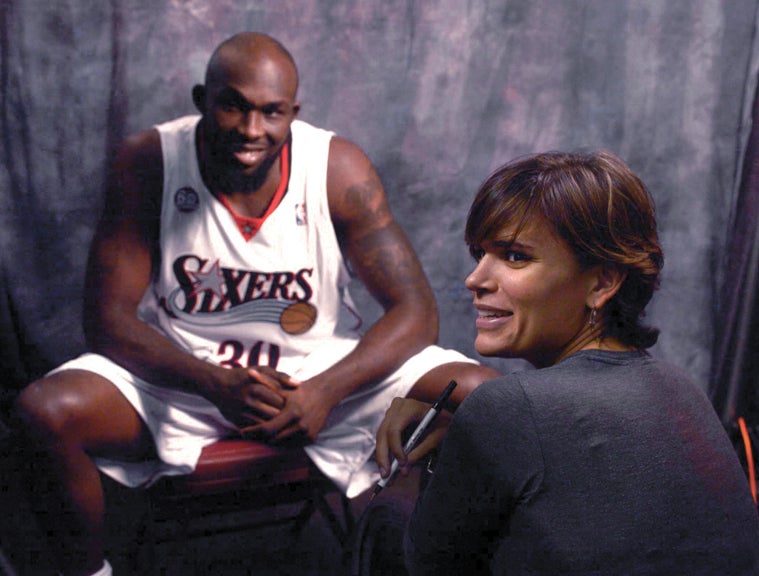 Kate Fagan (Comm’03) enjoyed a relatively quiet moment in her whirlwind schedule to interview Philadelphia Sixers star Reggie Evans while she worked at the Philadelphia Inquirer.

In her first column for ESPN-W, the up-and-coming women’s website for the sports-media giant, Kate Fagan (Comm’03) chose to remember her most significant moment as a Colorado basketball player.

True to her enthusiastic but self-effacing demeanor, it was not one of the days she made numerous three-point shots but the end of a game where she played only 32 seconds.

Accompanying the January column is a photo of Fagan and her teammates on the bench, screaming as the team beat Stanford, propelling the Buffs to the Elite Eight of the 2002 NCAA basketball tournament.

She says it takes up “prime real estate” on a bookshelf in her apartment to remind her that victories are ephemeral moments. The real story is the journey there.

Fagan’s trip to the top of the sports-writing world has been a bit circuitous. For four years before starting at ESPN-W in January, she was an NBA beat writer for the Philadelphia Inquirer.

Female reporters have covered men’s teams for a long time, but what makes Fagan unusual is her athletic background. Although TV is full of ex-athletes, few write well enough to work in the print world, and fewer have made it to one of the country’s top newspapers while still in their 20s.

“I always told my family I would be a writer,” Fagan says. “But a Division I sports commitment and working for the newspaper weren’t really compatible.”

Olympic swimmer Donna De Verona was the first network female athlete-star in the mid-1960s. Others have included UCLA basketball standout Ann Meyers Drysdale and Robin Roberts, the Good Morning America anchor who first came to ABC as a sportscaster after being a standout basketball player at Southeast Louisiana State. Pam Oliver, leading TV football sideline reporter, was a track star at Florida A&M and tennis commentator Mary Carillo was a top player on the professional tour.

Fagan, though, is among a small cadre of top-athlete writers like Maria Burton-Nelson, author of Making Money on the Sidelines (Amer Alliance for Health Physical), who do not have the big name recognition that Oliver and Roberts do.

“Anecdotally, we know there are more former athletes who have pursued careers in broadcast or moved into sports information work in athletic departments than women who go on to work in print,” says Amy Moritz, president of the Association for Women in Sports Media. “. . . Different views and voices strengthen the quality of coverage.”

Fagan grew up around top-level basketball. Her father was a star at Colgate and, after eschewing a tryout with the Boston Celtics, played in Europe. The Fagans returned home to upstate New York, and Kate was a star at Niskayuna High outside Albany. She says there were a lot of strong players in the area, so their traveling AAU team got a lot of notice.

“I knew I wanted to play Division I basketball, and Colorado was really good then,” she says. “It seemed like a good fit at the time and it ended up that way.”

Then CU-Boulder coach Ceal Barry saw Fagan at an AAU tournament and was impressed with her hustle.

“She played hard on every possession and seemed to have a passion for the game,” says Barry who today serves as campus associate athletics director/senior woman administrator. “Kate is one of my all-time favorites. She is extremely bright. As a player, she was a tremendous shooter, a three-point specialist.”

Fagan redshirted her freshman year and then played the next four, starting her last three as a 5-foot-9 shooting guard specializing in three-pointers, averaging an astounding 40.5 percent on three-point shots for her CU-Boulder career.

“We would go to the Rec Center just to play with the guys, and they would look at Kate and see this sort of short white girl and go, ‘Phttt’,” recalls Tera Bjorklund (Comm’04), one of Fagan’s teammates. “But then she would make three or four three-pointers and they’d be all over each other asking, ‘Who’s guarding her?’ ”

Fagan played for a season in Ireland before returning to play for the minor-league professional Colorado Chill for a year.

Then she decided to get on with her writing career, doing part-time work at the Boulder Camera, then in suburban Seattle and near her home in Glens Falls, New York, before being “discovered” by the Inquirer and hired in May 2008 at just 26 years old.

The original job opening was entry-level covering high school sports, but the 76ers beat job opened within a few months, and she got it.

While it seems natural for an athlete to cover sports, Fagan says few of her reporting colleagues played basketball, even in high school. She says it gives her an edge with the coaches.

Today she’s writing on the national stage about and for women, particularly young women, but the subject matter is all-encompassing. Bjorklund says Fagan’s sense of humor, which strengthens her writing and friendships, will serve her well on the national level.

“She would always get her shots up, even in the off-season,” Bjorklund says. “I don’t think there is any way she won’t always be a success.” 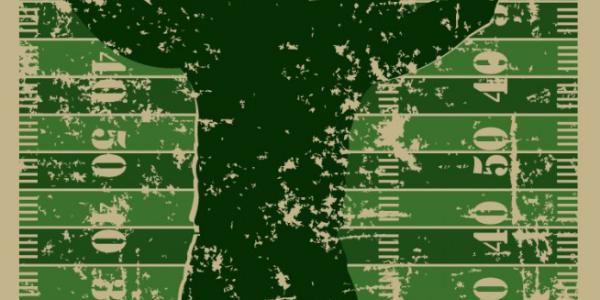 Scoring efficiency from the “red zone’’ — the portion of the field between the 20-yard lines and the goal line — is the brainchild of CU sports information director Dave Plati. END_OF_DOCUMENT_TOKEN_TO_BE_REPLACED 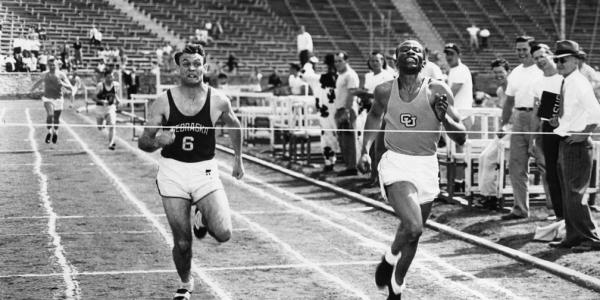 David Bolen became CU's first Olympic Athlete in 1948 before embarking on a successful career as an ambassador. END_OF_DOCUMENT_TOKEN_TO_BE_REPLACED 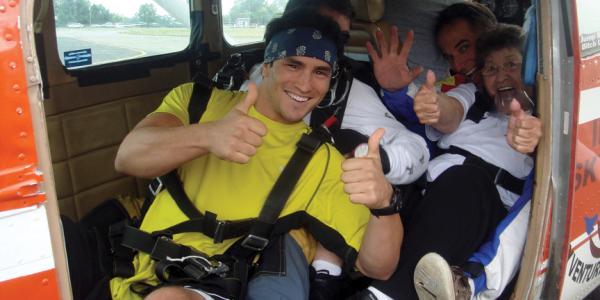 Jeremy Bloom’s foundation gets elderly out the door. END_OF_DOCUMENT_TOKEN_TO_BE_REPLACED