Home Winter 2011 For Whom the Road Tolls

For Whom the Road Tolls 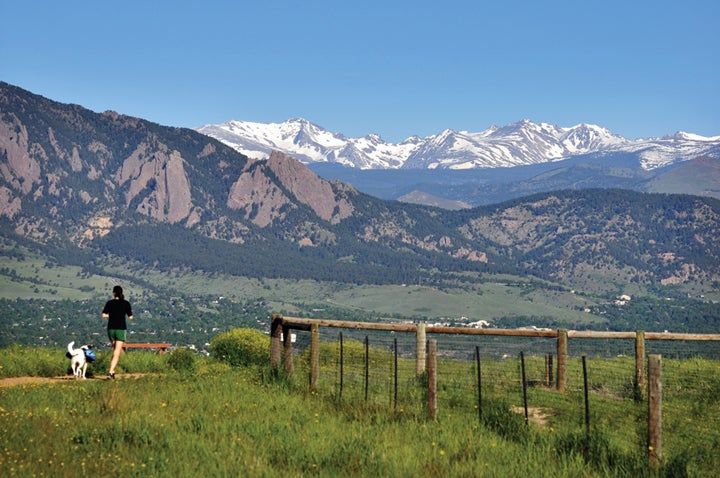 Other than drinking coffee in the UMC and beer at The Sink, is there any more widely-shared experience among CU-Boulder alumni than driving up the turnpike from Denver and seeing Boulder and the university from the top of Davidson Mesa?

For most of us, it was our first view of the university. Chances are the view from the top of the mesa is in everyone’s mental photo album.

Actually, the Denver-Boulder Turnpike, which will celebrate its 60th anniversary on Jan. 17, was invented at CU.

CU civil engineering professor Roderick Downing first proposed a direct Denver-Boulder highway connection in 1927, a year after he joined the faculty. Downing used to send his students out to survey candidate routes for the highway and lobbied the state government to build it.

After World War II, then Gov. Ralph Carr (A&S’10, Law’12) took up the cause. It was Carr’s idea to build the highway as a toll road — a radical thought at the time.

After considerable controversy the idea was accepted, and the road was financed with bonds to be paid back over 30 years with receipts from a 25-cent toll (10 cents if you got off at Broomfield). Cost of the 18-mile, four-lane divided highway was the princely sum of $6.3 million.

The toll always grated on Boulderites. They accepted it in no small part because the road’s advocates swore on a stack of Bibles that the day the bonds were paid off the toll booths would come down.

So when it was announced in 1966 that the bonds would be paid off in 1967, folks were waiting for the other shoe to drop.

Woody Hewett, Boulder’s state senator at the time, dropped it. He suggested the toll remain and the revenue be used to create a six-lane highway.

Months later, he concluded that running for re-election was an idea whose time had passed.

But up in Valhalla, deceased state legislator Hewett is getting the last laugh. Last September it was announced that the two express lanes added to the east end of the turnpike a few years ago would be extended from I-25 to Broomfield and later to Boulder. The lanes are reserved for high-occupancy vehicles or for solo drivers willing to pay a toll. Extending the lanes will turn the turnpike into a six-lane road, paid for in part with tolls, just as Woody wanted.