Home Winter 2011 What Every Politician Should Know

What Every Politician Should Know 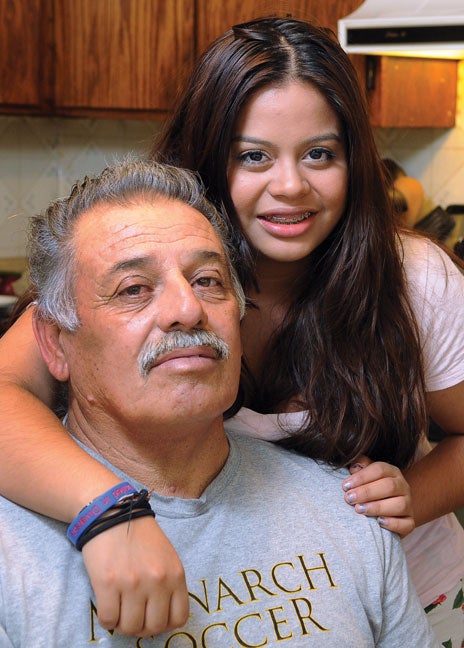 Anakary Valenzuela is one of the thousands of Latino youth who serves as an information leader in her family, promoting civic engagement. Associate professor of journalism Mike McDevitt and Mary Butler (MComm’11) co-authored a study on Latino youth and their civic influence within their families.

At election time, 17-year-old Anakary Valenzuela of Lafayette, Colo., sits with her grandfather — a man in his mid-60s who emigrated from Mexico decades ago — and pores over a mail-in ballot, providing Spanish translation and discussing the candidates and issues.

“It can take a while if I’m not familiar with an item,” Valenzuela says. “When I get stuck, my grandpa tells me, ‘It’s okay, miha,’ ” which is a Spanish term of endearment meaning little girl.

She Googles anything she’s not immediately able to explain, an act that comes naturally to Valenzuela through her propensity for media and information technology.

It also is a role that should have great meaning for political campaigns, according to a University of Colorado Boulder study showing that Latino adolescents serve as “civic information leaders” among immigrant families through their tendency to share knowledge from the classroom, media and information technology.

“If you really want to make a difference in promoting civic engagement among immigrant Latino families, don’t try to reach parents directly,” says Mike McDevitt, the study’s lead author and an associate journalism professor. “Instead, reach out to teens. This can trigger a trickle-up influence to their parents.”

“For decades, political scientists and strategists have often ignored the family in tactics for promoting political participation or have viewed the family as a barrier, as a private domain that must be overcome,” McDevitt says. “The family is not something to overcome. It’s not a deficit; it’s a resource for political engagement.”

Yet most political candidates struggle to see the value of investing in young people who aren’t yet of voting age, according to Steve Fenberg(EnvSt’06), founder of New Era Colorado, a civic engagement organization. It’s a strategy they should rethink, he says.

“When it comes to Latino youth and issues that hit close to home, such as immigration and education, they’re extremely passionate and have some serious opinions,” says Fenberg. “These findings are one more indicator that reaching out to Latino teens is one of the most cost-effective things candidates can do. They may earn the loyalty of future voters who’ll also bring their family members along.”

The study was conducted primarily with Latino participants from the I Have a Dream Foundation of Boulder County who attend Centaurus High School in Lafayette, Colo. Surveys completed by 74 students served as the basis of four focus group discussions involving 53 students and parents. In addition, 12 students completed diaries tracking their media and information technology use over 48 hours.

The student participants, including Valenzuela, were surveyed on their use of media and information technology, measuring their consumption of traditional resources — radio, newspapers, magazines and television — and newer tools — the Internet, MP3 players, cell phones and texting.

They also were surveyed on their political views, activities and willingness to discuss civic issues in school and in family settings. Participants rated their willingness to listen to opponents, initiate discussions and to disagree, among other questions.

“Young Latinos have a steady pulse on news, government and politics, and it doesn’t stop at being in the know,” McDevitt says. “They involve themselves in matters they care about.

They deliberate with parents on how their life choices and career aspirations fit into their cultural identities, and this has a modeling effect among family members.”

This rings true for Valenzuela who has modeled civic participation as she has grown older. At age 12 she participated in a national walkout to support immigrant workers. In more re­­­­­cent years, she’s discussed her views on abortion and gay marriage with her grandfather. In the future, amid a culture that often emphasizes family unity over academics, she plans to be a pediatrician.

“It’s a lot of weight on your shoulders,” she says tearfully. “I feel I have a responsibility because I’m the oldest among my siblings. I’m the one who tells my parents what’s going on, like at school or if there’s news on immigration legislation, a war or a new president.”

She is regularly in touch with the world around her through school, the numerous student groups she follows on Facebook, her cell phone, bilingual news radio and television, online newspapers and music and film from the Internet.

Her level of connectedness sets her apart from the grandfather whom she helps to vote, as well as her immigrant parents, who tune into limited amounts of Spanish-language news in the scant time they have between the four jobs they hold, Valenzuela says.

In the construct of Latino teens as information leaders, however, a pitfall emerges when parental authority is perceived as undermined, according to the study.

“Family communication can be thwarted when Latino youth act as information leaders, changing the usual structure of authority,” McDevitt says. “But the upside is that these provocations can promote reciprocal influence in the family because parents want to keep up with their kids and retain a leadership role, particularly about controversial political issues.”

Meanwhile, young, media-savvy Latinos like Valenzuela are leading the way among their communities by helping immigrant family members assimilate culturally and engage civically.

“I love my grandpa,” Valenzuela says. “When I help him vote, I do it for him and my family. I think it’s really cool because it gives them a voice.” 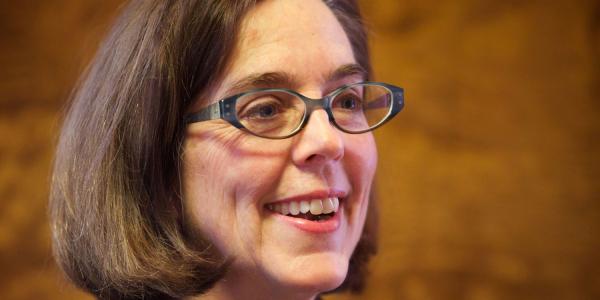 Power to the People

Some of the world's most successful political movements have brought about change without violence, says Erica Chenoweth. END_OF_DOCUMENT_TOKEN_TO_BE_REPLACED 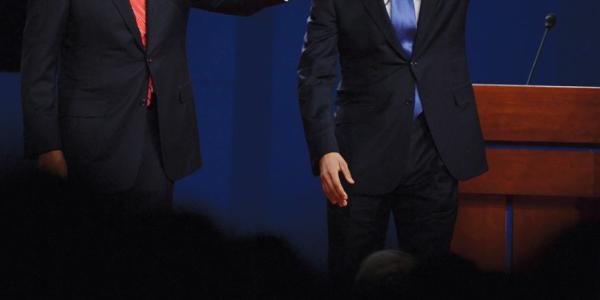