From Classroom to Cash Flow 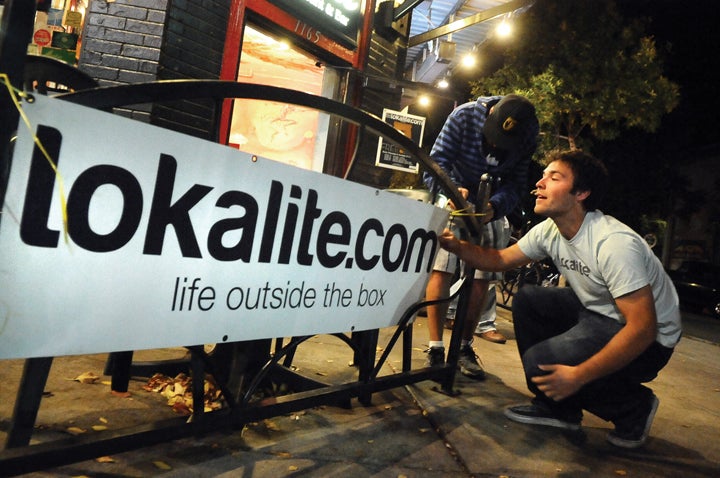 Lokalite co-founder Graham Christy, right, and Harrison Fast, of Boulder, work together to put up a banner outside The Sink during a Lokalite party. Christy and three other classmates started the online interactive events calendar as part of a class assignment last year.

Start an innovative tech-based business to fix it, say some CU-Boulder entrepreneurial students and young alumni who have started companies to help pay their tuition or to launch a class assignment into the business world.

For instance, lokalite, an online interactive events calendar, is a class-project-turned-business that features a constant stream of Boulder events. Stusbooks is a site designed for students to buy from and sell textbooks to each other. Theskilift is a carpooling and social networking site for skiers and University Parent Media at universityparent.com, is a college-specific visitor’s site designed to give parents information about their student’s university.

Not that it’s easy to start a successful business. Sophomore Vanessa Gabriel spends weekends secluded in her apartment focusing on her website, which will be an online store to sell brand-name clothes to college students for half price. But she says it’s better than finding a low-paying, part-time job.

“I’m hoping this will allow me to pay some of my own tuition and expenses during college and provide some stability after graduation until I find something else,” Gabriel told the Boulder Camera.

During 2009-10, the nation’s entrepreneurial activity reached its highest levels since 1994. An estimated 565,000 new businesses started every month.

People ages 20-34 increased their entrepreneurial activity about 10 percent during the same period, despite the fact most age groups remained steady.

Source: Boulder Camera via the Kauffman Index of Entrepreneurial Activity