Coloradan as source for inspiration 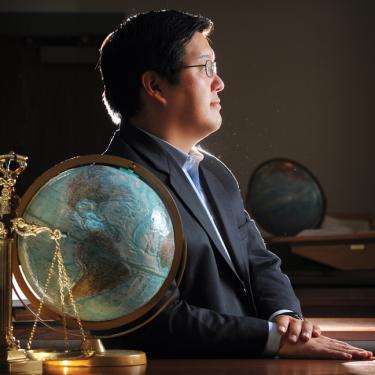 I am planning a deep career change, and you are a constant source of inspiration. Whenever I feel a little down and think my goals are too big, I open up a past issue of the Coloradanfor inspiration and wait for the next issue for yet more examples that inspire me to reach beyond my present circumstances and direct my life where I want it to go.

Here are just a few examples of those who inspire me, all from the pages of this magazine:

These are real-life stories of selflessness and innovation — people who push the borders and think outside the box. You are truly a source of inspiration to me as I make changes and rise above those things that would hold me back.

Thank you, University of Colorado, for providing the environment where all these things are possible.

I shall mourn forever the loss of your journalism program. I was 48 years old when I finally earned my B.S. in journalism following a 26-year hiatus from formal education. My three years at CU opened my eyes to a variety of previously unexplored areas, including religious studies, anthropology, math, logic and the perils of smoking pot.

I trust that good planning and open minds will provide future students an ever-broadening curriculum. Please, please come up with a useful and usable substitute for the journalism school that accommodates the future as well as the past in a balanced and reasoned manner.

I am looking forward to reading future editions of the Coloradan. I like the new format and am enjoying seeing news of all our doings. I lived in Boulder during the period when “Oops-dang” [page 17, “Boulder Beat,” June 2011 issue] was first coming to light. Sad to say we humans still seem to ignore reality so much of the time.

I was the first Ph.D. awarded by the School of Journalism and Mass Communication in 1993. I also earned an M.A. from the school.

The discontinuance of the SJMC is a travesty, caused by bureaucratic sycophants with no vision or responsibility. At a time when professional journalism is struggling with serious changes due to new technology, strong leadership is needed to shore up professional journalism ethics, strengthen the First Amendment and restore the crumbling perception of journalism lost in social media silliness.

University journalism programs should be paragons of virtue and high ethics in the face of the gross ethical violations of tweets, blogs and destruction of the professional journalism sphere driven by profit, greed and the loss of principles. Instead, programs like yours are just making things worse by caving into the morass of mass media dissolution and growing irrelevance. To put it simply, hell will freeze over before I send CU a dime.

[John Stevenson, graduate dean, responds: Since you have been following the story, you may be aware that the JMC faculty and degree programs have been temporarily relocated to the Graduate School, where I serve as dean.

I certainly hear your anger loud and clear, and you are not alone. Allow me to say that the kind of frustration you express with the administrative and intellectual operations of the SJMC over a number of years are in substantial part what has prompted discontinuance. If we had wanted to end journalism and mass communication education on the Boulder campus, we could have done so — eliminating the degree programs and dismissing the faculty.

Our plan, however, is not to end journalism education but to save it by reimagining it for the world we now live in.

We may or may not succeed. I hope we do from the bottom of my heart. I believe we have the same goals that you do and hope you will give us a chance to prove it.]

There are many such stories about “survivors” around the world, and I am glad you chose this one to highlight. I would like a copy of her book when it
is ready.

My family went through a similar experience when India was partitioned into India and Pakistan. Perhaps, being an alum of Colorado, I may write a personal story to share with other alumni. Thank you.

Dick Jessor was a professor and mentor of mine in my graduate school days [“Summit of youth, pages 60-61, June 2011 Coloradan]. His thinking and insights helped to refine my own and have helped me throughout my career. I would greatly appreciate it if you would forward his e-mail address so I could personally express my gratitude for his guidance.

Alums in the sky 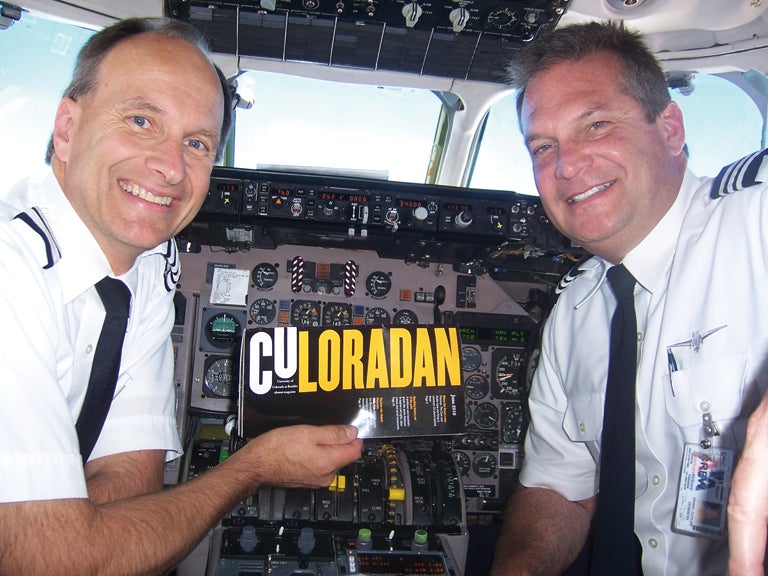 John Meyer(Bus’83) and I were paired to fly together for the first time on a trip out of Southern California where both of us are based with American Airlines.

Pilots get to talking about their backgrounds while flying together, and my engineering work led him to ask me where I went to school. We discovered we both went to CU and even more coincidental was the fact we graduated the same year. When we both had a copy of the Coloradan with us, we had to set up the camera to take the picture in the cockpit — just wish I had my gold Ralphie-CU flag with me.

As an undergraduate student at the University of Colorado Boulder a few decades ago, I can recall Chinese history professor Earl Swisher reminiscing about his life in China in the early 1920s. He would often regale his students with stories of the fledgling Chinese Communist Party following its establishment in 1921. The professor, who was fluent in Mandarin Chinese, would often scribble his comments on the blackboard in Chinese to the amusement of his inquisitive students.

The CCP celebrated its 90th birthday on July 1. It is the “Beginning of the Great Revival,” according to a Wall Street Journal editorial. However, for the Chinese people who remember the 1949 Communist Revolution under Mao Zedong, there is little to celebrate. The so-called Great Leap Forward and Cultural Revolution were both dismal failures, and millions perished.

The recent crackdown on Christians and human rights activists in China underscores the need for religious and political reform. A Mao “revival” may be perceived by the party as an elixir for China’s political ills, but there is little evidence the Chinese masses wish to be reminded of the six decades of repression under the CCP.