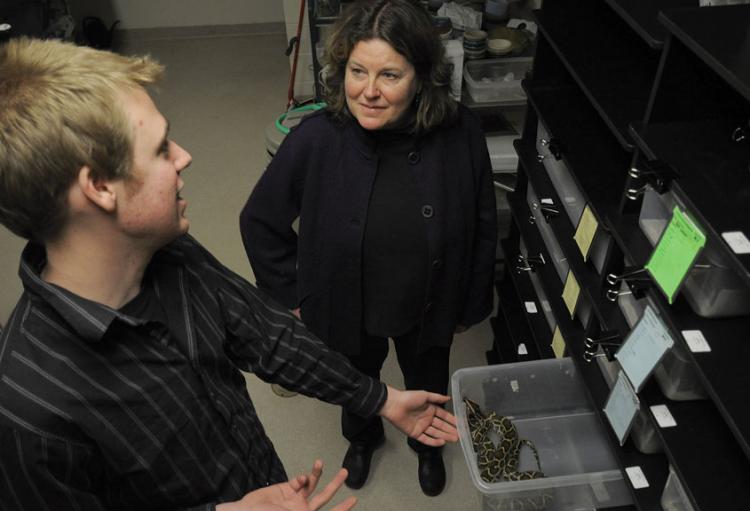 Please help me understand how the Coloradan could publish an article about athletes dying suddenly from congestive heart failure [“Why do some athletes die at their peak?” December Coloradan], certainly a worthy study, and not mention James (J. V.) Cain (PE’75), an outstanding tight end and wonderful individual who played for CU and the St. Louis Cardinals and who collapsed during practice and died of that very condition on his birthday in 1979?

[Editor’s note: James would have been an excellent person to include in this story. He died quite some time before I arrived at the university and I apologize for being unaware of his story and possibly of others. Thanks for bringing it to our attention and for your close reading of the Coloradan.]

I noticed an error in the December Coloradan. In the article “Why do some athletes die at their peak?” Clay Latimer states Leslie Leinwand is the chair of molecular, cellular and developmental biology. This is incorrect. Tom Blumenthal has been chair of the department for the past four and a half years.

With each successive article I read on the new Center for Community with its nine specialty food stations, I become more disgusted [“Party of 5,500? Your tables are ready,” December Coloradan]. “Dining halls are part of today’s competitive scramble for students,” the article reads. So we no longer compete for a quality education but for food courts? This is a mockery of the purposes of higher education. What’s next? Entertainment complexes? Multiple screens (don’t forget the 3-D), climbing walls and paint ball galleries? Good grief, people. What happened to the values of learning? Too boring? Has the entertainment-consumed society consumed the campus, too?

I believe the dumbing down of our values has reached the “bread and circuses” stage, if there is anyone left that understands that reference.

[Kambiz Khalili, executive director of Housing & Dining Services, responds: The Center for Community Dining Center is one of five residential dining centers at CU-Boulder that serves over 6,000 on-campus students, as well as many from the campus community, on a daily basis. The dining center was intentionally designed to provide a stronger level of support for the academic community by offering more food options for students, including those with special dietary needs and preferences. The addition of authentic cultural food offerings supports the campus strategic goal of increasing the number of international students and building a global crossroads.

In addition, we are seeing a stronger connection between our student customers and the academic community, as numerous academic groups use the dining center as a meeting location. The number of customers beyond our on-campus student residents has more than doubled. The majority of this traffic is from our faculty and staff. We encourage you to come and visit this dining center and see for yourself the opportunity it provides to our students to learn and be part of our campus community.]

I really enjoy every issue of the Coloradan. I was a student at CU from September 1959 through graduation in August 1963 and attended several events at Macky Auditorium. So I was very interested in your article “A Century of Macky” [December Coloradan].

One historic event I attended at Macky that I thoroughly enjoyed was cramming my way into the building to stand and listen to Eleanor Roosevelt. That was between fall 1959 and November 1962, as she died in November 1962. It was not 1955 as your article states. Maybe she was at CU in 1955 and again in the early ’60s? I would appreciate knowing if I am correct.

[Editor’s note: Our 1955 date is correct in the story as Eleanor Roosevelt attended that year’s Conference on World Affairs, during which she wrote a news column from Boulder. We also know she traveled to Meeker, Colo., on Sept. 27, 1956, for a family gathering and on May 18, 1958, she came to campus to give a post-CWA plenary address. Later that evening she had dinner at President Quigg Newton’s home. Unfortunately, the Heritage Center and CWA staff were unable to confirm any of her visits beyond May 1958.] 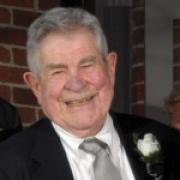 I have an observation and a request about an item in “In Memoriam” [in the December issue]. Dale “Pete” Atkins (A&S’43, MD’45) deserves more than a single line. Dale came to CU from Paonia, Colo., and became a star in intercollegiate baseball where he was known as “The Paonia Peach.” He was elected to the Board of Regents in the late 1950s or early 1960s. He was quite prominent in his service on the board.

[Editor’s note: Pete died right before we went to press, so we were unable to feature him in our “A Buff Tribute” section. He was an incredible alum who received the Alumni Association’s George Norlin Award in 2009 for his distinguished career. Read about his life online in the March “A Buff Tribute.”]

I enjoyed the article “The World by Road” in the September edition of the Coloradan. The two Steves relay insights and lessons about various peoples of the world that Peace Corps volunteers come to realize while living and working among other cultures.

Just months after graduating from CU in 1963, I went to San Francisco State University and was living in the Haight when [Peace Corps founding director R. Sargent] Shriver came through on a recruiting drive. I took the test and within three weeks I was invited to a training program heading for Nepal. In my group of 55 trainees there were five CU graduates, the most from any university in the United States.

Ahem. In the immortal words of Oliver North: Mistakes were made. Or at least one mistake.

Although it is true Sue Diehl and I have been happily living together since 1990 and have been going together since she made a pass at me on the back steps of the CU president’s office in 1977, we are not now nor have we ever been married — nor do we intend to be. So the editorial change in my December column, “The best meal ever at the Gold Hill Inn,” that has me saying that Sue is my wife ain’t so.

I’m afraid I have to ask for a correction on this for two reasons:

1) Colorado still recognizes common law marriage, which means that if you lead people to believe you’re married, you are, no clergy or judges needed. As worded, the piece has Sue and me saying, in so many words, “I do” (or “We did” as the case may be). Unfortunately, the state of Colorado does not recognize common law divorce, so it’s important the record be set straight.

2) Our friends would start to talk.

[Editor’s note: Sorry, Paul. In a last-minute edit to identify Sue, we incorrectly added “wife” to your story.]