Home Spring 2011 Beauty Is in the Life of the Beholder 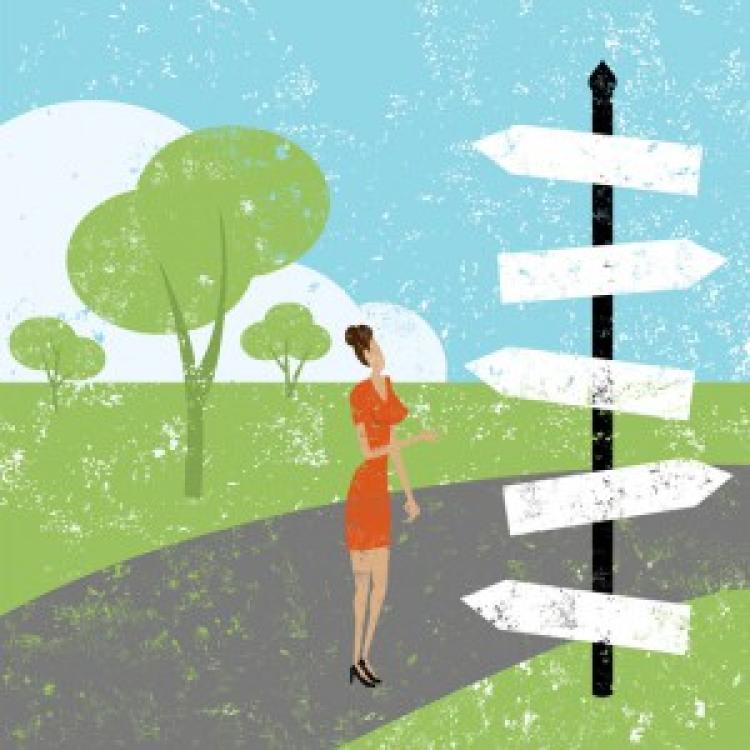 Was my life a total failure? This question blindsided me in a high school gymna­sium during a graduation ceremony. My niece, Caitlin, was up on stage about to make her salutatory address. That’s when it hit me.

In the fall she would attend my alma mater, the University of Colorado in Boulder. She wanted to major in journalism with a possible minor in photography. I grew up in rural New Jersey in the ’60s and she had options of which I was never aware. The mothers of my generation were stay-at-home moms and while they did a wonderful job of raising us, my girlfriends and I didn’t have any female role models outside of the home. Caitlin had grown up with exposure to the internet. She witnessed women all over the world achieving miracles. How exciting her life would be.

My gaze froze on the image of Caitlin’s 18-year-old hand about to accept her diploma, and I saw myself innocent yet determined, 20 pounds lighter, long straight hair parted in the middle, standing in her spot. I was fixated with the passage of time. What had I accomplished in the decades since I graduated? I squinted forward dangerously hard at nothing physical in particular except the huge expanse that was my life, momentarily unconcerned about the creation of crow’s feet. Would I, given the opportunity, change any of the choices I had made?

I think the thing that frightened me most was judging my life through their eyes — the graduates. They expected so much. But as I listened to Caitlin’s speech that referenced Joseph Camp­bell’s theme, “follow your bliss,” I had a realization. The class of 2010 wouldn’t fully comprehend the glory of “follow your bliss” until they had to do some­thing nonblissful to make a living. How many times did I pad my paycheck by waiting tables, tending bar or working extra hours in retail? What I learned from this is pride comes from taking responsibility for one’s finances and remaining solvent, regardless of the job title. Everything comes into focus in light of its opposite. The taste buds only salivate for bliss after being forced to swallow the mundane.

I remembered stepping onto the Boulder campus for the very first time, its ivy-covered, wise brick buildings and expansive green lawns made me feel jubilant, daunted, small and porous. One of my best decisions was spending my junior year abroad in Regensburg, Germany, a picturesque historical town nestled on the banks of the Danube River. I studied and lived in the dorm with German students and backpacked through Europe with people who are still my dear friends. My year abroad taught me not only about language and culture but about the world and how I fit into it as an adult.

As I watched the fresh, anxious, young faces up on the stage I knew they were thinking what I thought then. That everything would work out just fine. That you go on to college, get a degree, walk into a prestigious job, make new friends, find a special person and have 2.3 kids. What they couldn’t know is that isn’t how real life works. They never have fathomed Plan B.

Plan B is not getting the job you want right out of college — like me waltzing into the offices of Lufthansa Airlines, German degree in hand, and being informed by the blond lady reading a fashion magazine at the front desk that there were no jobs — and having to sell clothes for a while in order to pay rent. Plan B is walking away from a relationship and starting over when I discovered a partner had been unfaithful. Plan B is finding out my mother had breast cancer and realizing that being with her was more important than anything else on my calendar that year.

The day I graduated from CU the Flatirons loomed in the background like life’s hurdles and payoffs awaiting me. I barely had my diploma in hand when mom and dad gave me something else — my car insurance bill. From that day forward it was up to me to make the best of my innate talents, the education they provided for me and the life that stretched out before me.

It took me a few beats to hit my stride after graduation and find out what my priorities were. I worked as a travel agent before getting a job in customer service with a major airline that enabled me to travel at a discount. My frugal ways and constant focus on saving paid off when I put a down payment on two small condos on Los Angeles’ prestigious Westside, which I rent out today. I tailored my life to work perfectly for me, giving me the freedom to travel and be my own boss most of the time.

So, would I do anything differently? No. Each juncture in the path brings its own set of priceless experiences, and to change anything would mean losing something else. Perhaps something even more precious. Hindsight is 20/20, but foresight has less navigational ability than a bat. And for this I am forever grateful. Riding on gut instinct at times is what has given me my life. I hope 30 years after her graduation Caitlin will see what I see now. Beauty is in the life of the beholder.

Karraine Murray (Ger’81) is a freelance writer living in Los Angeles where she owns and manages rental property and travels the world.