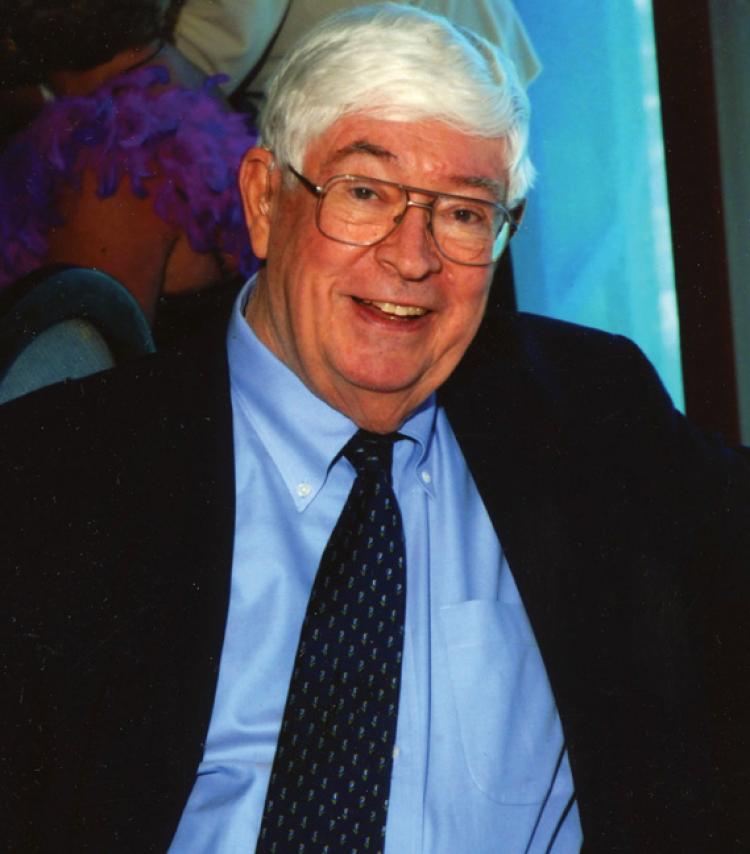 When Kenneth Caughey (Law’55) was born on the University of Colorado at Boulder campus, it started a relationship that lasted 85 years.

He was born April 8, 1925, in CU’s hospital, then located in Boulder. He spent his first year sleeping in a dresser drawer at the Sigma Chi house where his father was manager while working as a CU engineering instructor.

But his most enduring connection began years later when he returned from the Marine Corps to attend CU’s law school. It was then he was invited on a blind date with a CU undergraduate described only as “the president’s daughter.”

For awhile he thought he was going out with Margaret Truman.

But at that memorable picnic on Flagstaff Mountain, his date turned out to be Judith Stearns (DistSt’50), the third of CU President Robert L. Stearns’ four daughters. She was living in the President’s House, now known as Koenig Alumni Center.

When he went inside to pick her up for a date early on in their relationship, he was surprised to be introduced to Columbia University President Dwight Eisenhower and General Lauris Norstad. They were meeting with Stearns to establish the curriculum for the new U.S. Air Force Academy.

Ken and Judy married in Denver in 1953. By all accounts, he was lucky to have made it to his wedding day.

After growing up in Aurora, Ill., he joined the Marine Corps right after high school.  In 1945, in the days just after World War II, he was stationed in China where he contracted tuberculosis. He wasn’t expected to survive and spent the next three years in hospitals.

By the time he came back to Boulder to attend law school he had use of only one lung and took mandatory naps every afternoon. But he continued to improve and fathered the first of his three sons before earning his law degree.

After graduating he joined the Colorado National Bank (now U.S. Bank) in Denver where he headed the trust department for 17 years and later served on the board of directors. He was long active in Denver civic life, including service as president of the Denver Rotary Club and as an early board member of Craig Hospital and the Webb-Waring Institute. In 1998 he received the law school’s Executive in Industry Alumni Award. He died in Denver on July 26.

He loved connecting with other people and enjoyed telling humorous stories to his many friends, old and new, young and old, throughout his long life. And he was pleased that when the Alumni Association held icebreaker contests at gatherings to see who had the most connections to CU, he often won.

Peter Caughey is the son of Kenneth Caughey (Law’55) and the senior editor in the CU-Boulder office of media relations and news services.